CMS races on Tuesday nights within the MNRL chapter. MNRL, as a league, has been conducting races since 1998. MNRL is mainly dedicated to running Classic, Historic or Vintage cars. Since joining CMS in late 2016, we have also run a series in some more modern cars by popular demand. MNRL is currently utilizing rFactor2 (rF2) for its races. 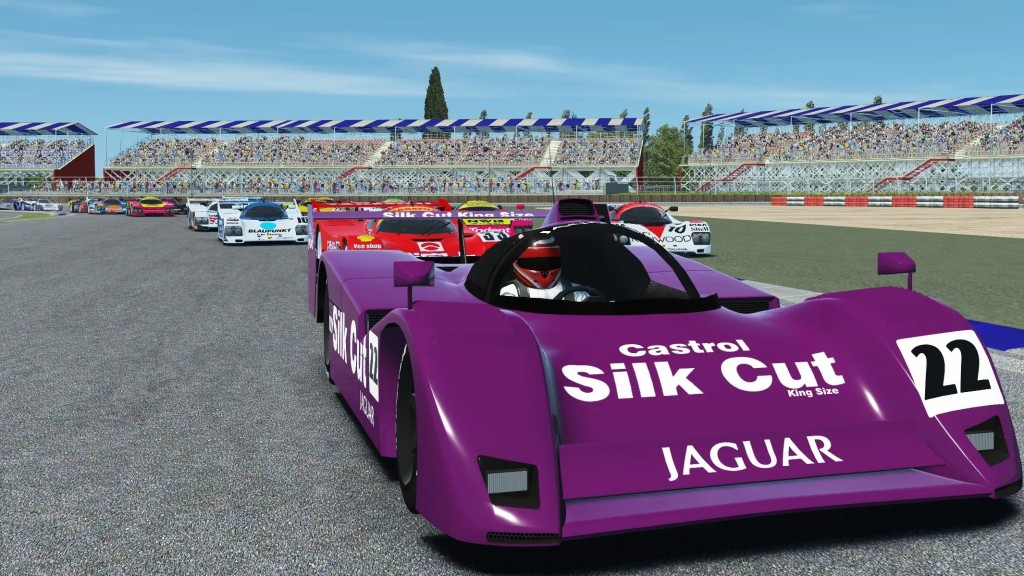 Our focus series will feature a new rF2 mod, created by StormGangSimulation called WSC 1991. You will be transported back to 1991 with Group C cars such as the Sauber C1, Porsche 962Cn, Jaguar XJR-14, Peugeot 905, Nissan R90CK, and the Mazda 787B. The series will feature tracks used in the real-world schedule. Details for the series will be on our discord channel “Tuesdays – RF2 (MNRL)”. Come join us. What Car Will You Choose?

Our support series, (to be determined) will also use rF2 and will be announced on the MNRL Discord channel. This series, (whatever we decide it will be) will have shorter sprint-style races and feature a Seniors Championship.

Visit our dedicated forum for MNRL racing! and or use the AMS Discord and look for the “Tuesdays – RF2 (MNRL)” channel

Series 1 and 2 Championship Points are here.

Each race will use an orange zone

If you do not have Discord installed yet, download the Discord Windows app here.
Note: Don’t use the browser version.

Use this link to join the CMS Discord server.

Penalties can be applied one of 2 ways:

1) Automobilista system delegated penalties (all must be served, and are not in race admin control)

1) Should you turn around or damage another driver by your error, consider pulling off track in a safe location and waiting for the other driver to proceed in the race.

2) Should you crash out another driver by your error, consider retiring yourself from the race out of respect for the competitor whose race you ended.