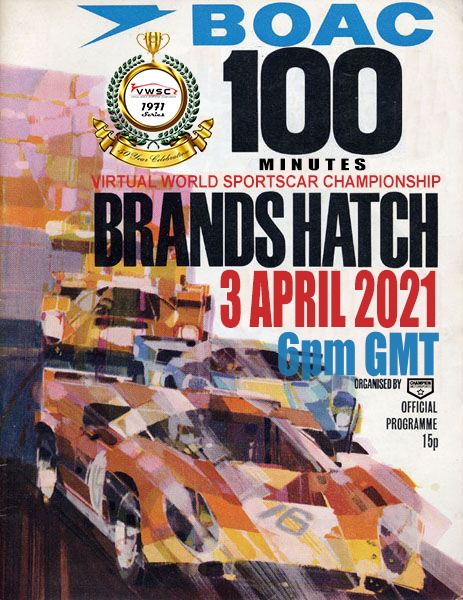 April 3, 2021 – Southeast England provided a beautiful race weekend for the 4th round of the CMS VWSC ‘71 Championship, much to the delight of the drivers and crews. On the deceptively simple Brands Hatch GP circuit, the drivers, in particular, were relieved to be pitted only against each other rather than a wet track!

A total of 20 drivers presented themselves for the briefing for the marshals, with all the levels of competition well represented. After the practice sessions, it was on to qualifying, where Ahmed Abdalla (Purist) in his Ferrari 512M took top honors with a 1:21.132, ahead of Marouane el Idrissi (Pro) and Wouter de Bruijn (Pro) in another Ferrari and Porsche 917K respectively. Setting the pace in Am was Leone Gennari in another Ferrari with a 1:25.283.

Leaping off the start, Abdalla quickly built an impressive lead, with Yassin Marzoug and Ben Boorman admitting frankly that he was ‘uncatchable’. By the end of the first pit cycle, Abdalla had built a 20s gap and was looking confident when he ran wide in T1, flipping his car and ending his race. Unharmed, but needing extraction by the emergency crew, he left the scene of the wreck cursing furiously that this was ‘the last straw’. 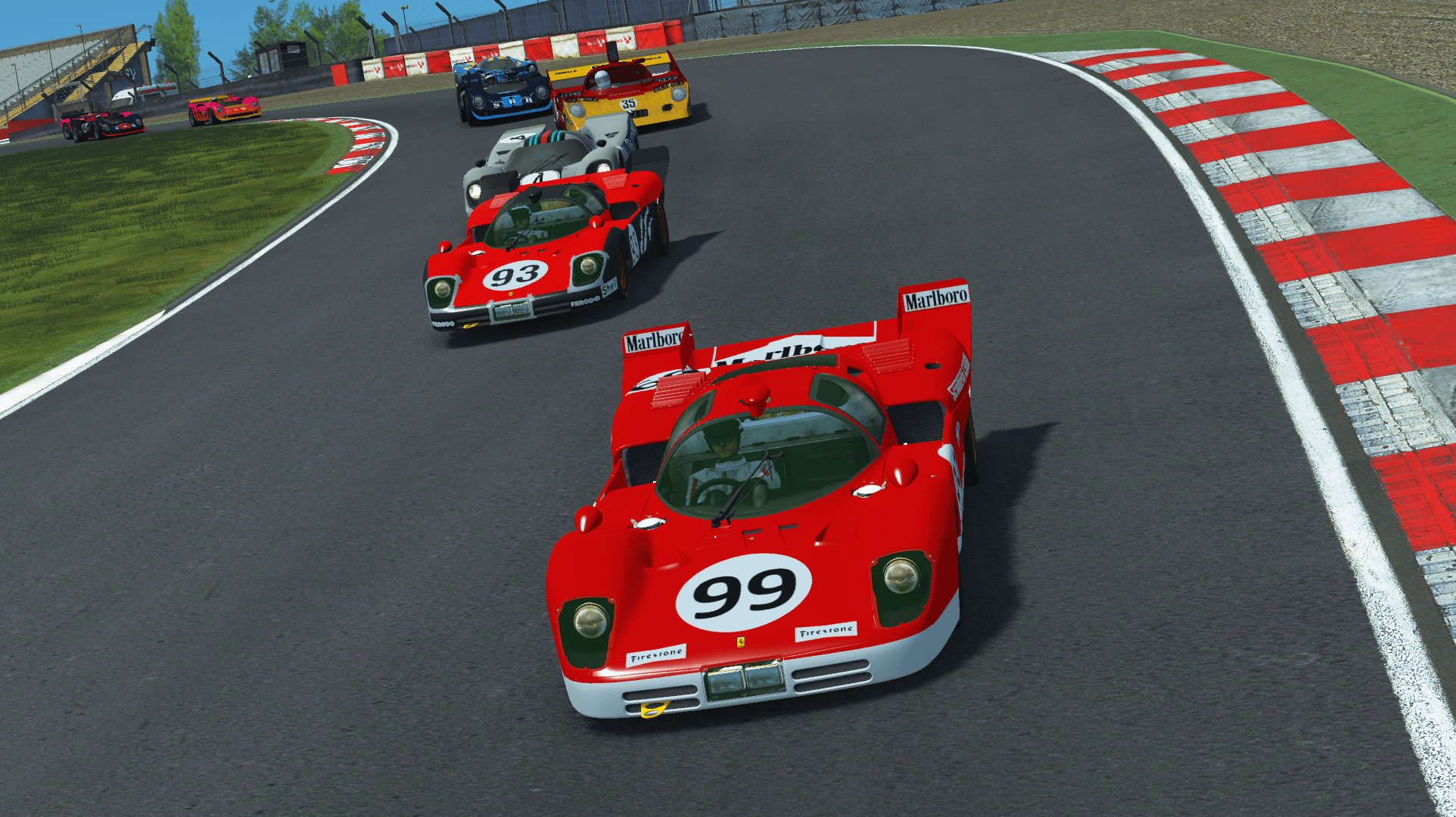 With the race leader suddenly out of the contest, Colin Moore inherited the lead pursued by Ben Boorman 10s behind. By the end of the second pit cycle, Moore had seen his lead whittled down to just 2s as both Boorman and Marzoug pursued relentlessly. 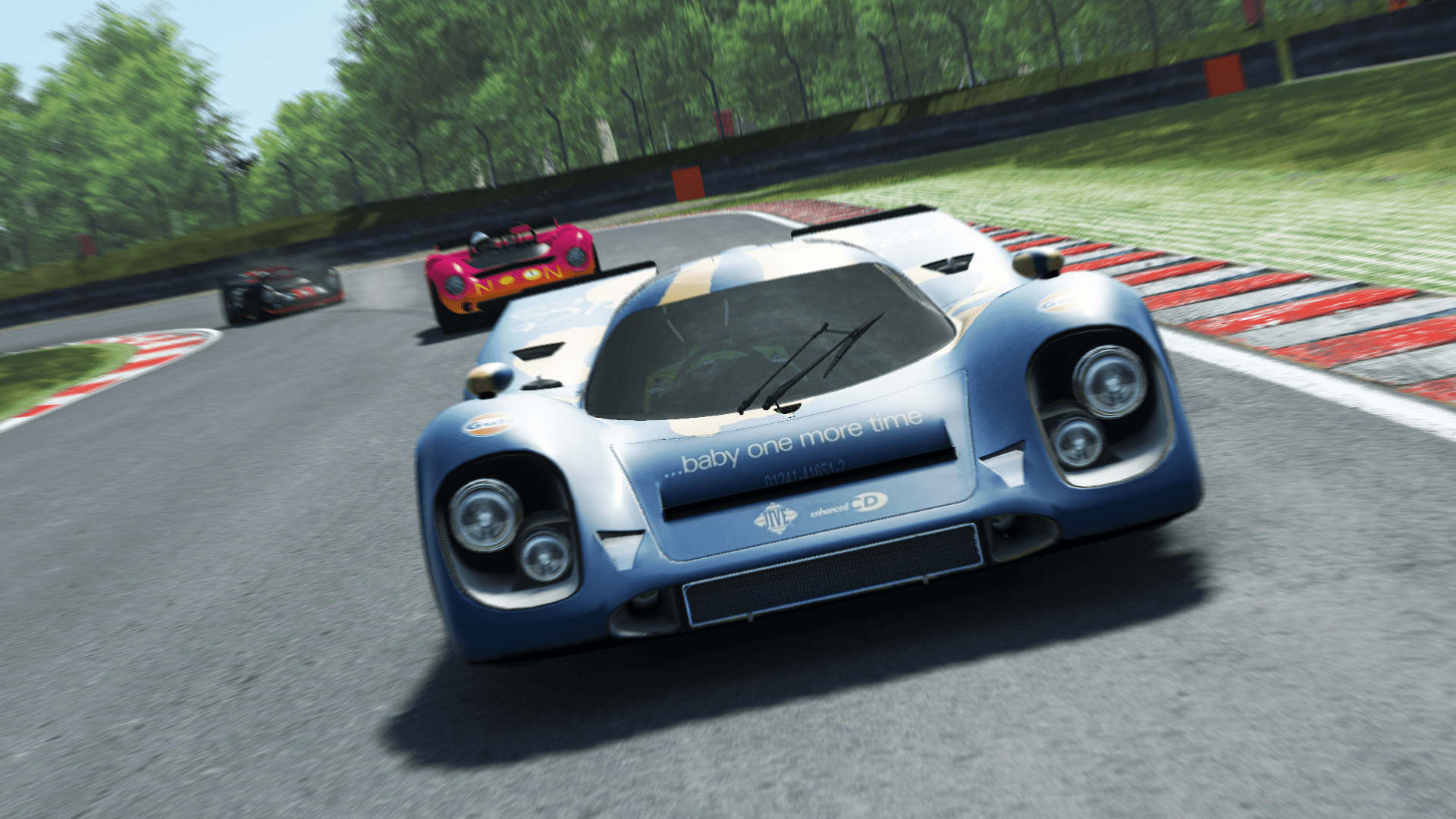 Colin Moore (Porsche) being hunted by Yassin Marzoug (Lola) behind.

The midfield had its share of excitement as well, with Ross Smith, Aaron Puettman, and George Angelidis in some very close racing in the run through the final laps. Puettman would lead the trio for a while building a gap as Angelidis was severely hindered by his racing fuel strategy. He went a lap longer in the first round of Pit Stops and did not take tires. Both Smith and Puettman did and emerged close hunting Angleidis. 3 laps before they Pitted, Puettman attacked Angelidis at Hawthorn’s with them colliding. Puettman admitted the mistake and readdressed, but that allowed Smith to bolt away. Puettman would pass Angelidis a few corners later that latter really struggling at that point.

Unfortunately, Angelidis’ strategy never paid off since he was one of the “victims” of Marouane’s aggressive drive to come back on top.

At the checkered flag, it was Yassin Marzoug who had bested the challenges of Ben Boorman and then Colin Moore to make it 4/4 winning every race he has competed. This set a new record across all VWSC Championships of such a dominant performance.

In finishing second, Boorman had come from well back in the grid to challenge for the win, but Marzoug’s n00n Racing teammate, Ross Smith, did just enough in “pushing the limits” of blue flags to enable Marzoug the win after the latter missed Sebring.

Different was the story in Pro as Marouane el Idrissi started the race on top, only to give it moments later after a mistake. Wouter de Bruijn by this point held a slim 4s lead on Jon Uyan, with Jason Whited and Joe Miller battling for third, a further 15s behind. 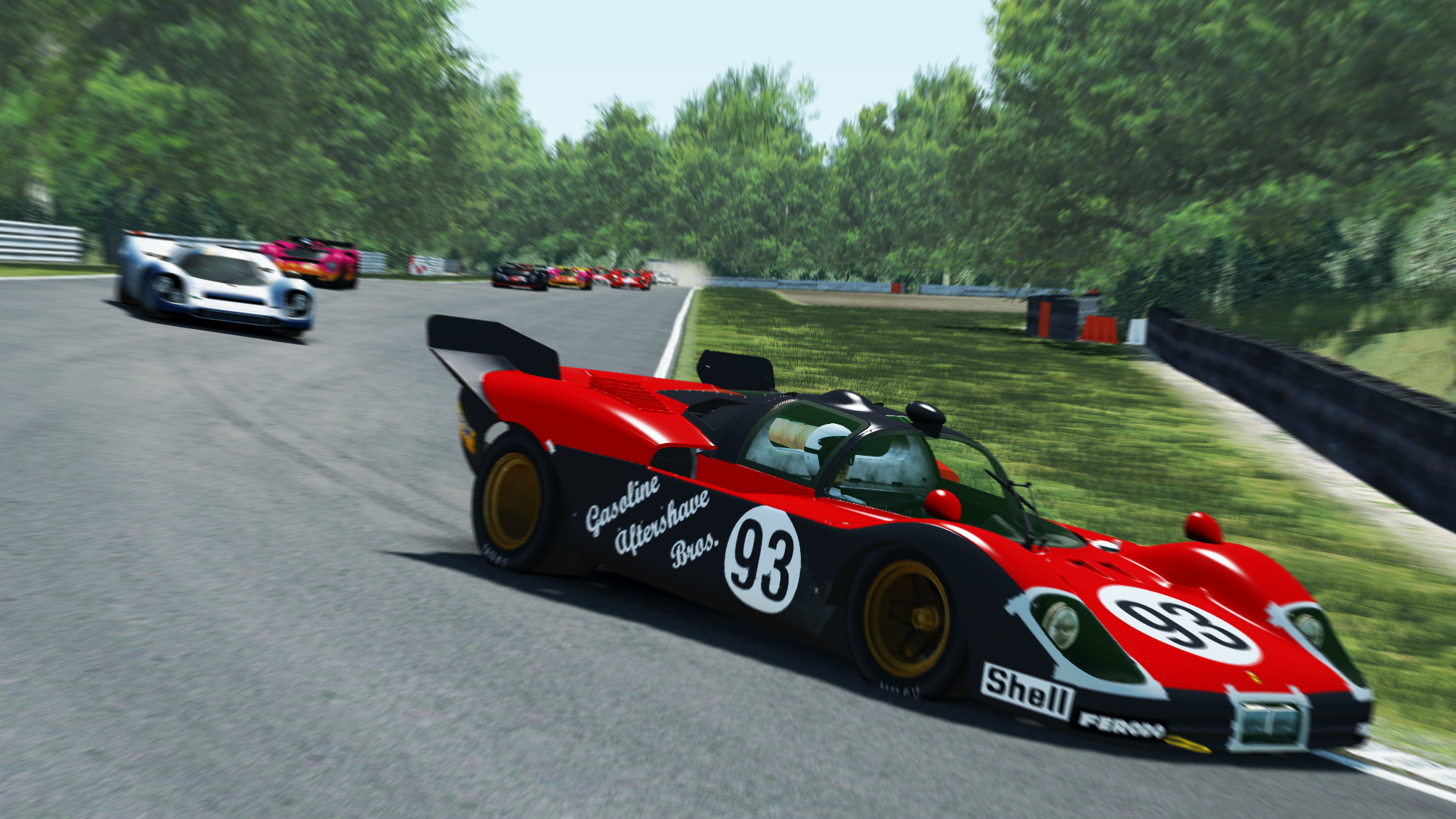 de Bruijn was also feeling the pressure, but eventually, it was a very aggressive recovery drive from Marouane il Idrissi upsetting some of the backmarkers with his forceful lapping behavior. He came from down in 5th place after he pitted on lap 53, to make de Bruijn also a victim of his pace with Miller, Uyan, and Whited continuing to lurk just behind.

Marouane il Idrissi won by 10s over Wouter de Bruijn and then Joe Miller only 5s behind in third, an impressive result for Miller as well, after a very early spin could have put him out of contention entirely.

It was not a memorable day for the Am category, with only one finisher, John van den Bergh taking home his first-ever victory in VWSC ‘71 5 laps down to the top finisher, after a hard struggle in the race. 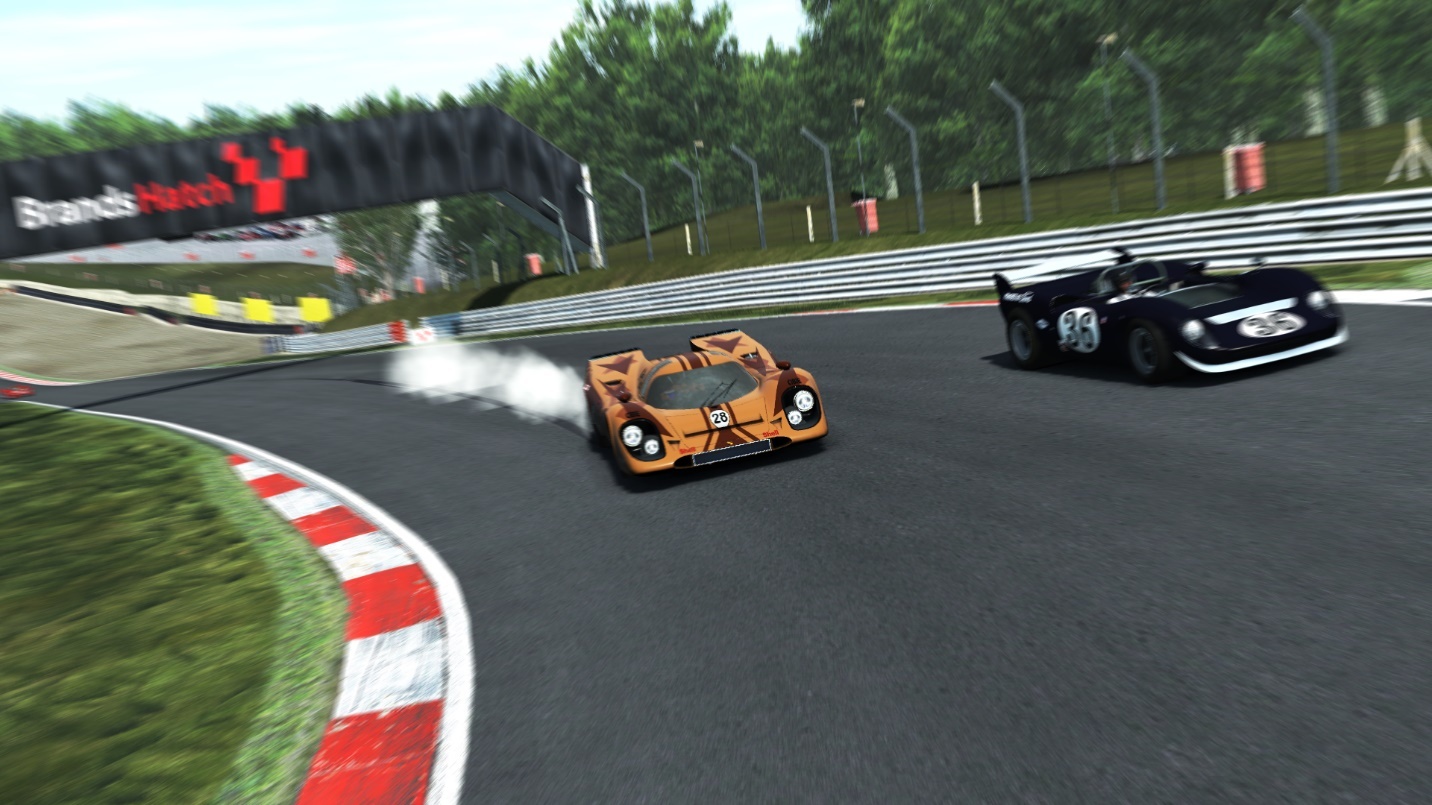 A major shift from the nimble short Kent circuit to the long and fast Spa, notorious for Spring downpours, the racing circus is excited for what comes next…