July 14, 2019 – Jon Uyan grabbed the pole position then built an early lead that stuck for the whole race in Sunday’s CMS 2.4 Belgium race. Early on, it looked like Jon would have some serious competition but due to incidents – usually at or around the infamous Eau Rouge coaster ride – it was not to be. Jon’s chrome-domed Aston Martin never faltered providing a flag-to-flag win. Chad Bartrum drove a good race in the McLaren 720S to take second place, and Don Fryman rounded out the podium in his trusty Corvette. 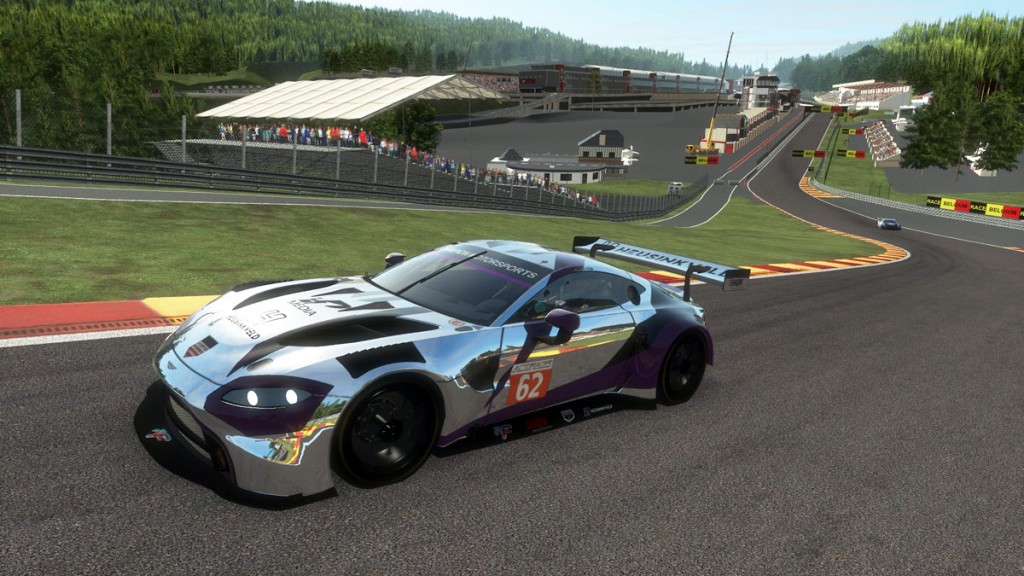