Touring/GT4 Series Heads North of the Border, Johnson and Hudson Come Out on Top

Touring/GT4 Series Heads North of the Border, Johnson and Hudson Come Out on Top 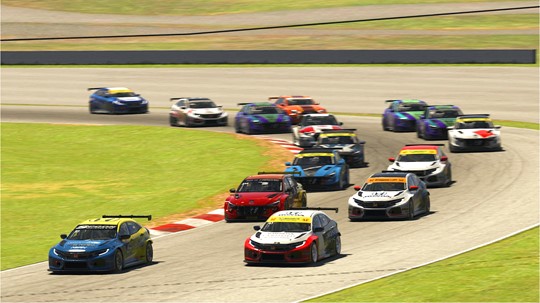 February 26th, 2022 – After a short one-week break the Champion Motorsports Touring/GT4 Series headed North to Canada, specifically to Canadian Tire Motorsports Park formerly known as Mosport for the second race of the season.  The weather was unusually warm for a May afternoon and drivers found themselves having to adapt quickly to the slick track.

Qualifying in the Touring Class saw CMS veteran Kris Hudson take the pole edging out Michael Parker who won the first race of the season.  The TCR Class had 18 cars take the grid at the start, another large field for the second race in a row!

The GT4 Class Pole Position was won by Marc Johnson, edging out Drew Lidkea by 0.2 seconds and the two of them would lead the field to the green flag, a total of 15 GT4’s taking the green flag. 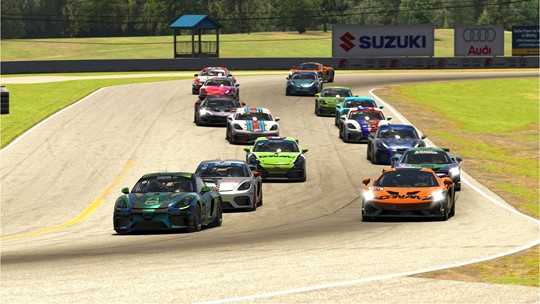 The race started cleanly and over the first few laps some drivers had trouble but a lot of respect was given and the racing was clean and intense from the drop of the green flag!  Up front Marc Johnson would be passed by Drew Lidkea taking the lead until Lap 23 when he would pit and Johnson would take the lead back for good. Johnson’s pit stop turned out to be the undercut and put a gap on the rest of the field. Lidkea would end up in a 3-car battle for second place until the checkered flag fell. 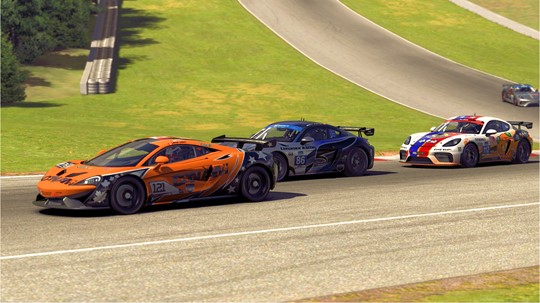 Marc Johnson would take his first win of the season by 10 seconds over Drew Lidkea who edged out Brett Stephens for second overall by less than 4/10ths of a second and Nathan Sullano right on their heals in fourth! 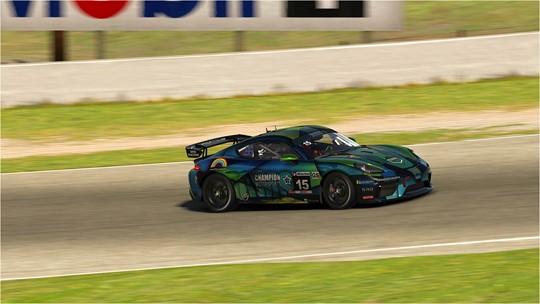 Marc Johnson takes the GT4 and Overall Win, his first of the season

The Touring class saw a 3-car battle up front between Kris Hudson, JT Tami and Michael Parker, a battle that lasted the entire race. The three would swap positions during the pit stops then reconnect over the final few laps for a fierce battle for the win.

In the end, Hudson would take his first win of the season holding off Tami in second and Parker in third, the three less than a second from each other at the line!! 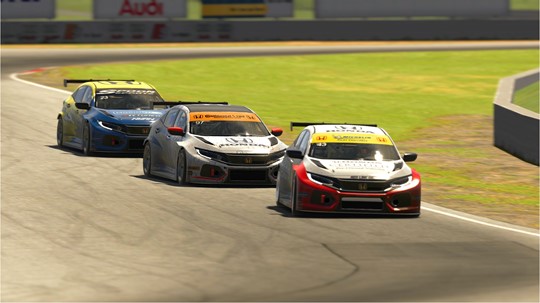 After only 2 races the points are close and there’s a lot of racing left in the season.

Our next league race is scheduled for March 2, 2022 as we cross the pond and head to Silverstone for our first 75-minute race of the regular season!