March 11, 2020 – This week, the TCR/MX-5 Club Series headed to upstate New York to visit Watkins Glen International, using the full “Boot” layout in the first of two endurance events on this season’s schedule.

Times posted in qualifying indicated the track was getting faster as the clouds moved in, with Brian Szabelski putting in a sub-2 minute lap time to take the TCR Class pole position, and in the MX-5’s it was the same with Samuel Scott blistering the track taking pole by more than half a second!

The race start was uneventful, and the two classes began to file into line and concentrate on clean laps, and keeping the tires fresh for as long as possible. In the MX-5 class, Scott would take the lead from the pole and never look back for his first win of the season. Behind him, Kurt Polter moved up 7 spots from his starting spot to take second place and grab important championship points. The battle for 3rd place was tight for much of the race with Kenny Rodriguez winning his first podium of the season.

The TCR Class was Miguel Antonio Alcrudo’s from the start as he took an early lead and in the end earned his second win of the season. Behind him a three-car battle for the remaining podium steps would last till the final lap with Dave Slee charging through for a second place finish, and Brian Szabelski finishing in third.

The points standings in both classes have tightened up with the next race in this series scheduled for March 25th at Barber Motorsports Park. 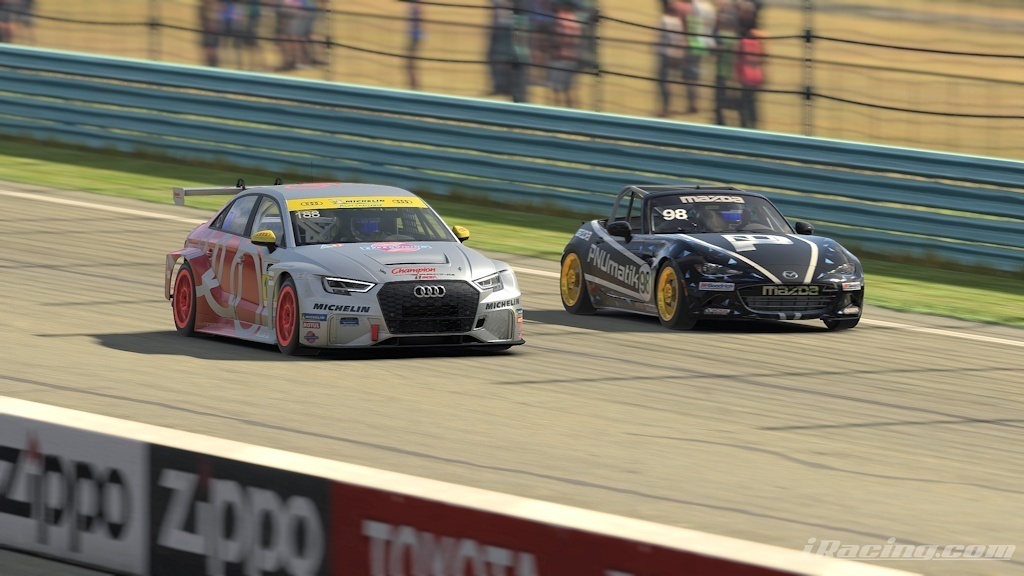