February 26, 2020 – This week, the TCR/MX-5 Club Series took to the famed Road Atlanta circuit for the second race of the season. The heat and marbles made for a thin line to turn a fast lap, and everyone in attendance was up to the task.

In qualifying, Samuel Scott started on the pole in the MX-5 Class while Liam Park would grab his first CMS pole to lead the entire field to the green.

The start of the 30-minute race was tight racing, and after a few laps both classes would stretch out into several battles that lasted the entire race. At the end it was Miguel Alcrudo taking the win with Brian Szabelski edging out Douglas Ritter for second place, the two of them only 7.7 seconds behind Alcrudo at the end.

In the MX-5’s, Samuel Scott and Kurt Polter pulled away from the field, with Polter passing Scott on the opening lap and holding off Scott for the win. In third place, Drew Lidkea would make a last lap pass in the grass to finish in third completing the podium.

This series will race again on March 11th at Watkins Glen International (Boot Layout) in the first of two 45-minute endurance races this season! With a required pit stop this will be the first big test in the battle for the Driver’s Championships! 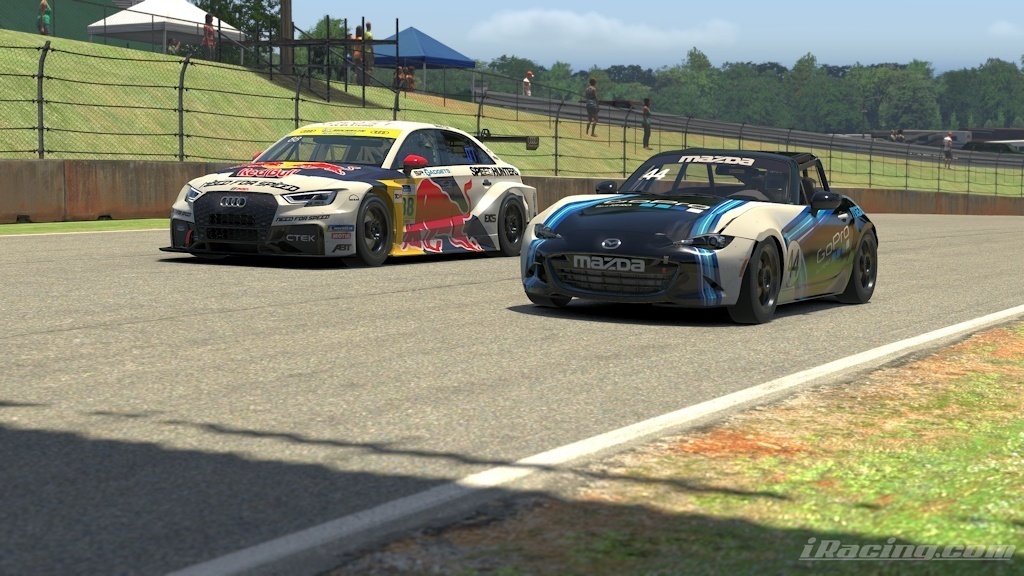