April 8, 2020 – As the TCR/MX-5 Club Series hits his stride, the teams headed to sunny California and Weathertech Raceway at Laguna Seca for the fifth race of the season marking the halfway point to the title. Another large field for both classes provided some great action on the track, and for some in the sand.
In qualifying, Brian Szabelski would grab his second pole of the season in the TCR class to lead the entire field at the start. In the MX-5’s it was Justin Hess grabbing yet another pole, this time by four-tenths over second place.

It was a clean start for both classes, and up front Szabelski would hold the lead for the first 5 laps of the race, with constant pressure from behind by Miguel Antonio Alcrudo and JT Tami. Hard racing all while negotiating class traffic would make passing for the lead difficult and in the end Alcrudo would take the victory, his fourth of the season. Behind him, JT Tami kept the pressure on and finished 0.4 seconds behind in second place, with Szabelski recovering and completing the podium earning all-important Championship points.

The race for the win in the MX-5 class was decided early when pole sitter Hess jumped out to a nearly 10 second lead on the first lap and would never relinquish the spot. Behind him, Kurt Polter and Samuel Scott would stay within seconds of each other for most of the race with Polter finishing in second place and Scott in third. The win by Hess was never contested, winning his second race of the season.

With the points standings adjusted for 1 dropped race out of the 5, the MX-5 class is a tight battle with Polter in the lead, Scott in second only 5 points behind and Kenny Rodriguez in third, with Peter Hebron and Drew Lidkea close behind.

In the TCR class, it’s Alcrudo in the top spot with Szabelski in second and Liam Park, JT Tami and Dave Slee rounding out the top five.

The next race in this series is scheduled for April 22nd at the Silverstone 2008 GP Circuit. The season is only halfway done, and there’s a lot of racing left to go! 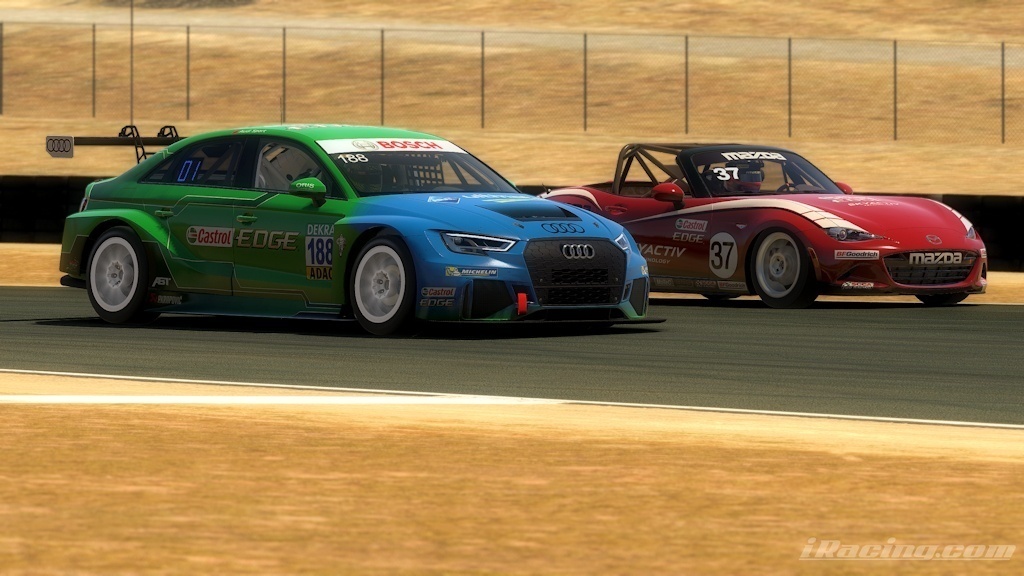