As the green dropped, Teixeira would take the lead but an off-track on Lap 2 would put him down the order and lead to Miguel Antonio Alcrudo and Jason Lundy exchanging the lead until Lap 9 when Alcrudo took the lead for the final time. He would go on to win the race by a margin of only 3.7 seconds over Lundy, with Teixeira charging back through the field and finishing on the podium in third only 2 seconds back of Lundy.

In the MX-5 class, Scott would lead from the pole until Lap 6, when impact with the inside wall out of the corkscrew would put his car on its lid ending his race. Behind him Drew Lidkea would inherit the lead and hold it until Lap 9 when Justin Hess worked his way past and held and pulled away for the class win, his first of the season. The battle for 2nd would heat up as Lidkea found a charging Peter Hebron filling his mirrors for the final laps of the race. Coming down to the front stretch, Lidkea would edge Hebron for second place at the checkers in what was a thrilling battle for both drivers.

After four races, the MX-5 class points standings have tightened up with Kurt Polter still in first place, Samuel Scott in second and Drew Lidkea in third. Brian Szabelski currently holds the points lead in the TCR class with teammate David Slee in second and Miguel Antonio Alcrudo in third.

The next scheduled race for this series is slated for April 8th at Laguna Seca Raceway. 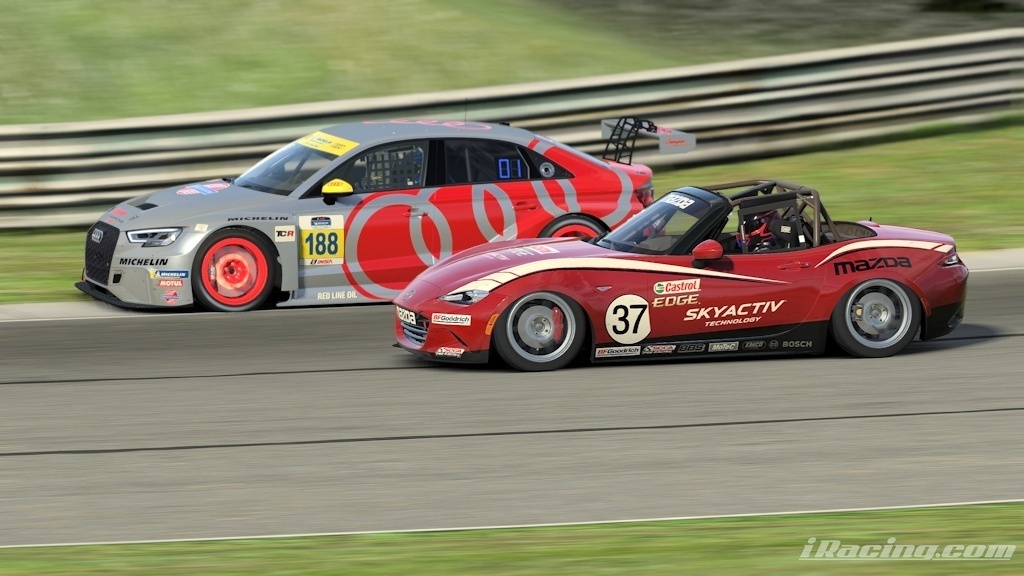