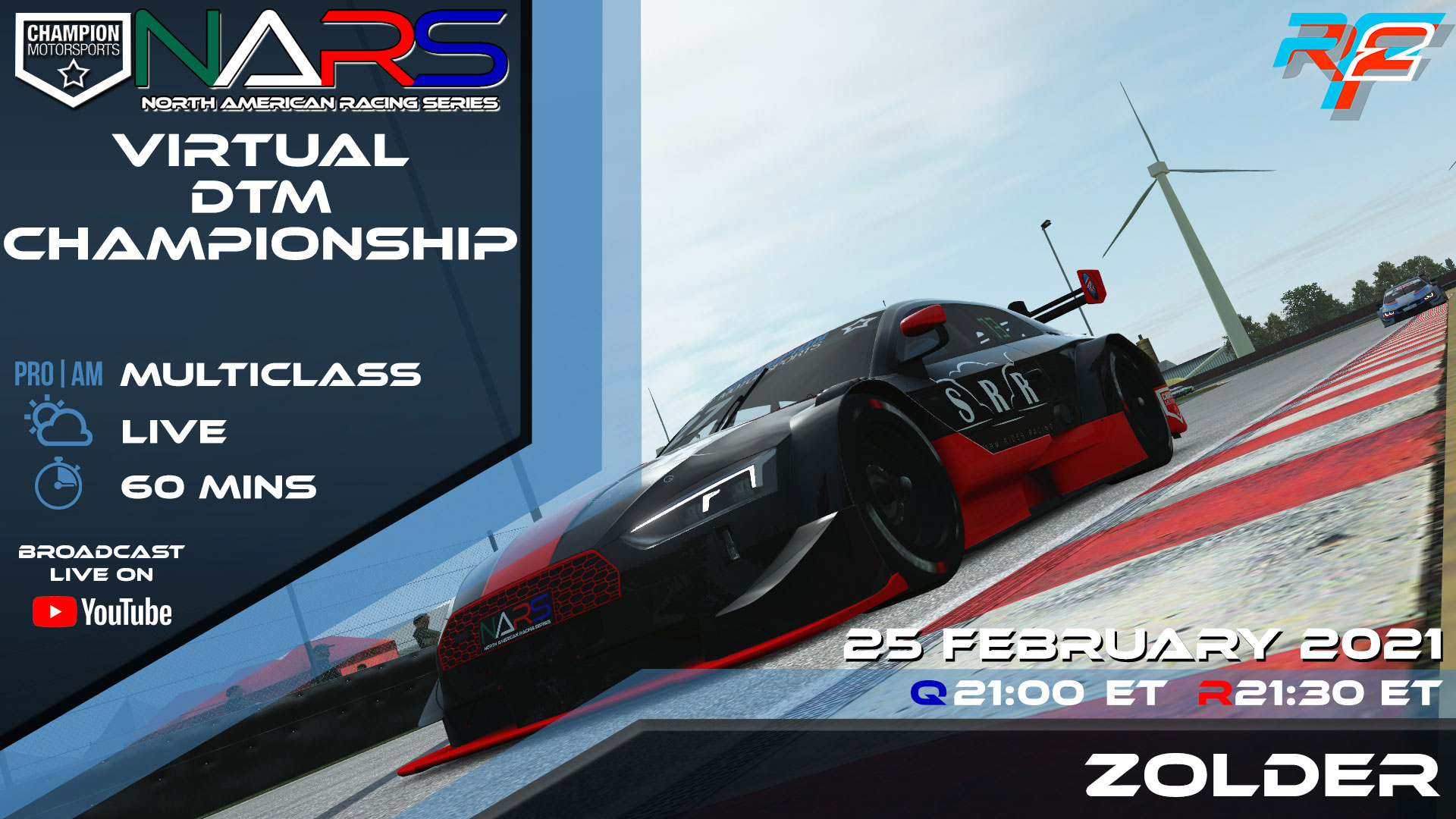 A wet week with plenty of rain provided real challenges for the drivers of the NARS VDTMC as they prepared for their next challenge at Zolder. Teams and drivers both struggled with the constantly changing conditions and the difficulties of managing undulating terrain and constant chicanes in addition to the sweeping high-speed curves of this iconic Belgian track. 22 drivers were present for the race weekend, including PRO newcomer Edgar Cruz as well as AM recruits Pedro Gomes and Morgan McCalister.

Come qualifying, a welcome relief from the rain allowed the drivers to put down some seriously fast times. PRO driver Ahmed Abdallah proved that he was the man to beat, setting a time that at 1:23.474 was .8s clear of JT Tami. PRO […]

The MX5 class was highly competitive, and Kurt Polter annihilated the field with his qualifying lap, but the race would be a different story. Gary Miller, in his first CMS outing, swapped the lead with […]

Pro – Pros all hold station for the first 4 laps with John Paul Hidalgo hounding Bubba Jones for 2nd. Lap 5, Josh Staffin hit the anti-cut at the exit of the second chicane and dropped back towards the pack. On lap 6, Hidalgo clipped grass going into turn 2, falling behind Don Bélanger, followed by a spin entering the first chicane, losing another place to Keith Briscoe. Two laps later, Briscoe also spun in the first chicane, falling behind Hidalgo and Ricardo Navon (Silver). Briscoe then slid into turn 3 on lap 14, hitting the barriers and dropping further down the order, behind JT Tami (Silver) and Eric Andersen (Silver). Jones and Staffin came together in the second chicane, resulting in Jones spinning and […]

Pro – John Paul Hidalgo and Josh Staffin led the field into the first lap, staying side-by-side through the entire first sector; when they arrived at the 1st chicane, Staffin took to the kerb and yielded the lead. Bubba Jones was chasing down Don Bélanger in 3rd, with Keith Briscoe having to defend from Jux Edgar (Silver) and falling away from the frontrunners. Staffin was struggling to match Hidalgo in the early stages, eventually falling back towards Bélanger and Jones behind. Laps went by with things remaining fairly calm; by lap 13 Staffin and Hidalgo had reopened a small gap to the cars behind, but it all came to a peak when Staffin tapped the rear of Hidalgo coming out of the second chicane, sending him into a spin. Staffin pulled to the side and let Hidalgo back past, the pair dropping to […]

October 31, 2019 – It was an all GT3 Halloween edition of NARS Autumn racing at Zolder. Imported McLaren Senna drivers from Group A decided to put on another hat and run with the Group B drivers in GT3 this time around. Sure enough, JT Tami took the win followed by the always fast GT3 drivers Jon Uyan and Jason Whited. Another meager-sized grid has to concern series admins as well as the faithful rFactor2 participants. 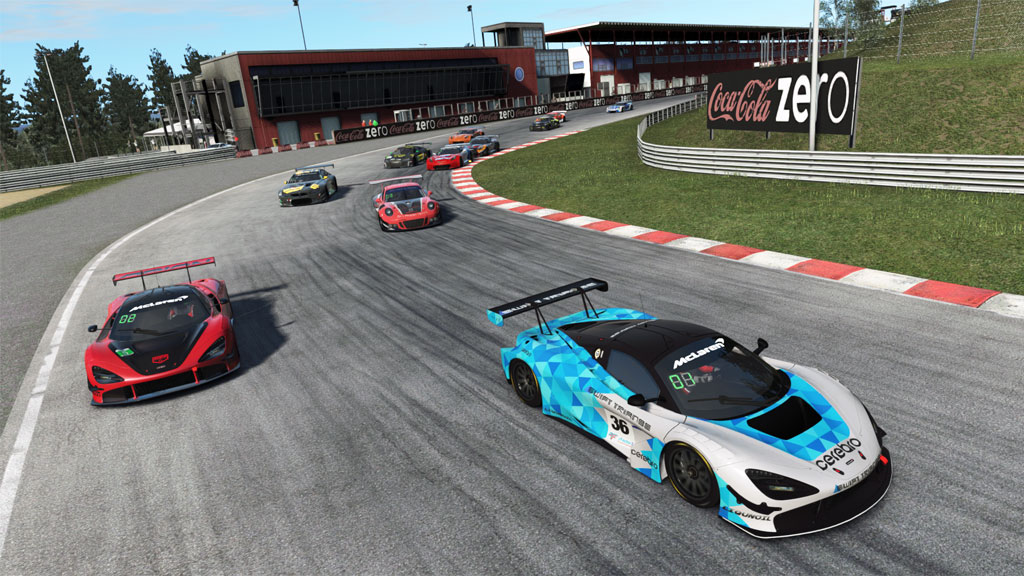