Round 3 of the CMS GT3 Sprint Series Sees Yanni, Colon Win in Japan!

Leaving the beautiful land of Austria following last week’s race, teams headed to Japan for this week’s CMS Sprint Series race at the Twin Ring Motegi Racing Complex for a 60-minute challenge to stay off the green stuff!

With 39 drivers in attendance, the qualifying session would end with CMS veteran Humberto Roca on the pole with a fast lap of 1:50.162, edging out Michael Parker by less than a tenth of a second! The Am class pole winner was Tyler Pinheiro with fellow Am driver Steven Yanni starting right behind him. This race would have a clean start and the field didn’t take long to spread out over the first few laps.

The Am Class pole sitter, Pinheiro, would lose four spots on the first two laps, giving Yanni the opportunity to take the class lead that he would never relinquish while a battle brewed behind him for the Am podium steps. Pinheiro would climb back up thru the overall standings, and behind him Ernesto Diaz, after starting 23rd moved all the up to 15th place overall and finished in 3rd place in the Am class. Pinheiro finished in second place in Am, only 9 seconds back of Yanni who took the Am class win, his first of the season. 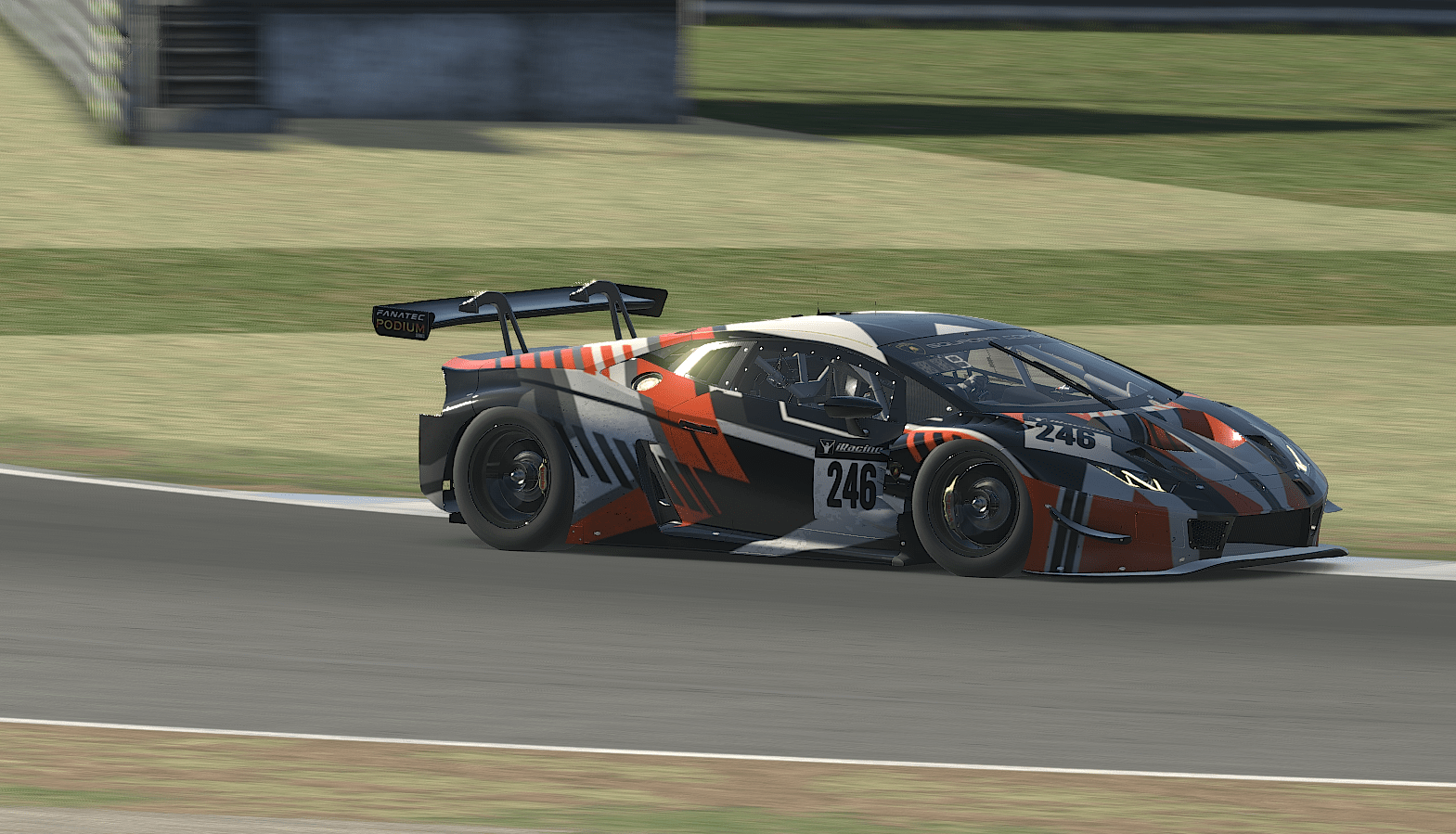 The Lamborghini of Steven Yanni takes the Am Class win

In the Pro Class, Roca would take the lead into Turn 1 and hold that spot until he pitted at the end of Lap 15, just under halfway on the clock. This would move last week’s winner, Miguel Colon, into the front after getting by Parker on the previous lap. Most of the front runners would hold off pitting until late in the race, with Colon holding the top spot until Lap 28 when he would take his pit stop handing the lead over to fuel miser JT Tami, who toyed with the admins and the fuel limits for a few laps before finally having to pit and give the lead back to Colon for the final 3 laps of the race! 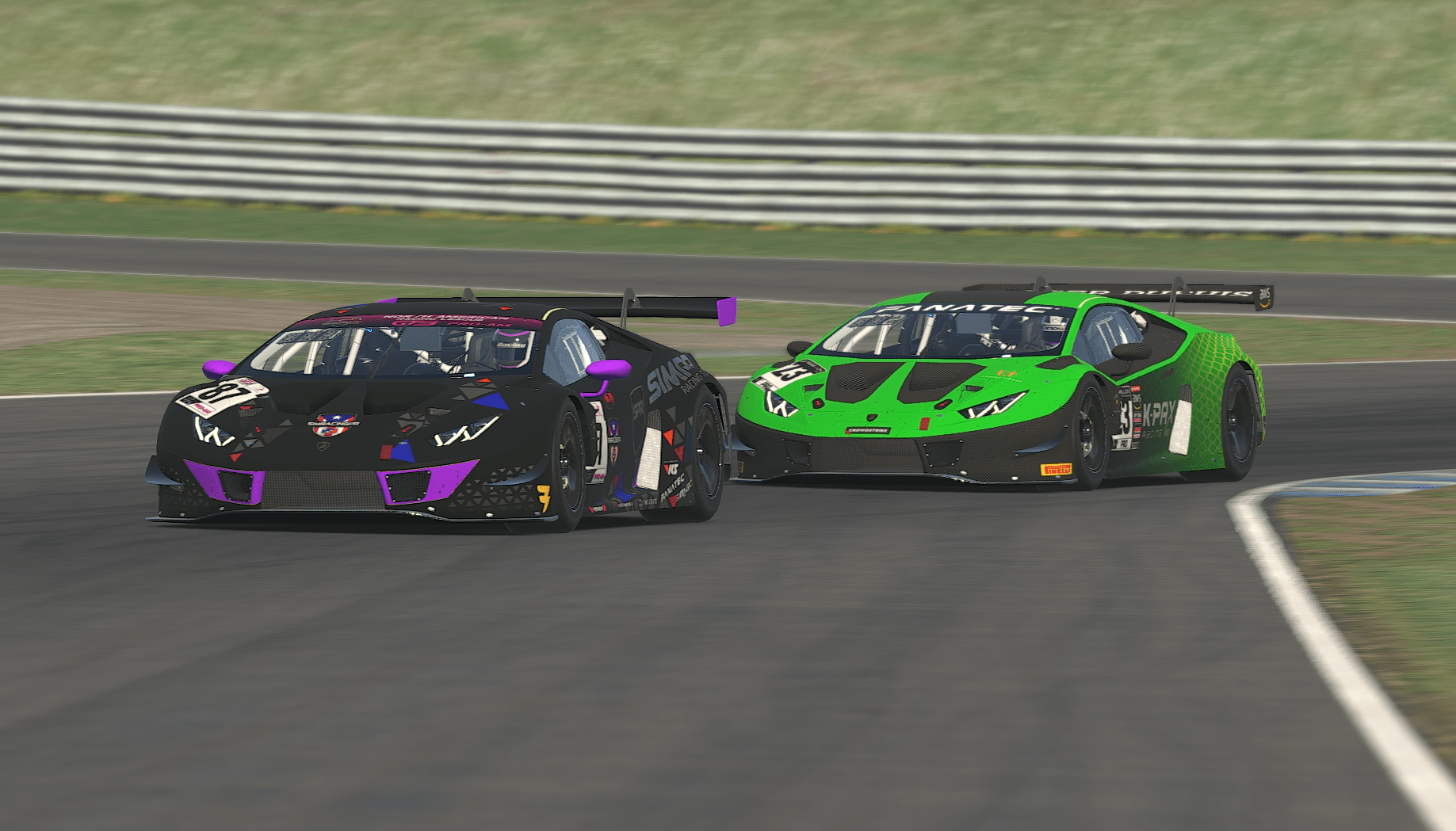 At the checkers it was Colon narrowly holding off a charging Parker by only 0.143 seconds at the line to take his second win of the season! Parker finishing in second was also his second podium out of three races this season, and in third it was CMS veteran Victor Tanaka, only one second back of Parker! Even after one hour of racing, the Top 3 cars were separated by just over a second, with 4th place driver Roca only 5 seconds behind! What a race!

There were battles throughout the field, and after 60 minutes there were only 2 DNFs leaving 36 drivers to finish the race! This is a testament to the hard, clean driving that happens at Champion Motorsports.

Next week the series heads to France to take on Magny-Cours GP Circuit in the fourth of nine races this season!

The season is still young, and points can be lost as easily as they have been gained…