October 8, 2020 – While the forecast threatened menacingly, fortune smiled, or at least hold off the rain, for Round 6 of the NARS VWSC Series, back at Road Atlanta.

The race itself however was not so kind, with almost all the drivers having difficulties despite the clear weather. This, combined with LMPC and GTE AM leaders Matthew Overton and Don Fryman failing to grid, has made for some dramatic changes in the championship standings.

In LMP2, JT Tami took a P3 start on the grid to patiently track down Jason Whited, passing him mid-race and then leading 46 of 47 last laps of the race for his third win of the season. Norm Graf rounded out the podium in an LMP2 field that straggled through the final standings.

LMPC looked to be a close competition between Tom Aitken and Bob Robertson until a headlight error brought Bob’s race to a premature conclusion, a missed opportunity as Tom was forced to retire due to damage about 10 minutes before the race end.

In GTE PRO, newcomer Felix Boucher used his first CMS race to prove he will be a force to be reckoned with, taking the class win over Jon Uyan. George Angelidis rounded out the podium a mere 26s behind the class winner, the tightest race of the night.

Ross Smith continued to exert his dominance in GTE AM with a first-place finish 5 laps clear of Paul Ibbotson and a field strewn with DNFs and DQ, highlighting the difficulty of this track even without weather playing a spoiler role.

In the LMP2 standings, JT Tami continues to lead however Jason Whited has moved into the second spot over Colin Moore and Norm Graf closed the gap between himself and third.

Not quite the same in LMPC: while Matthew Overton continues to lead the class, he has seen both Bob Robertson and Tom Aitken close the gap considerably.

GTE PRO continues to be the most hotly contested class, with Don Fryman narrowly leading the trio of Jon Uyan, Jerry Chen, and George Angelidis with only 15 points separating first from fourth.

Rounding out the classes, Ross Smith continues to run away from the field with his third victory in class however the battle for second has tightened up, with Thomas DiLibero, Tom Nasella, and Paul Ibbotson all within 16 points of each other. 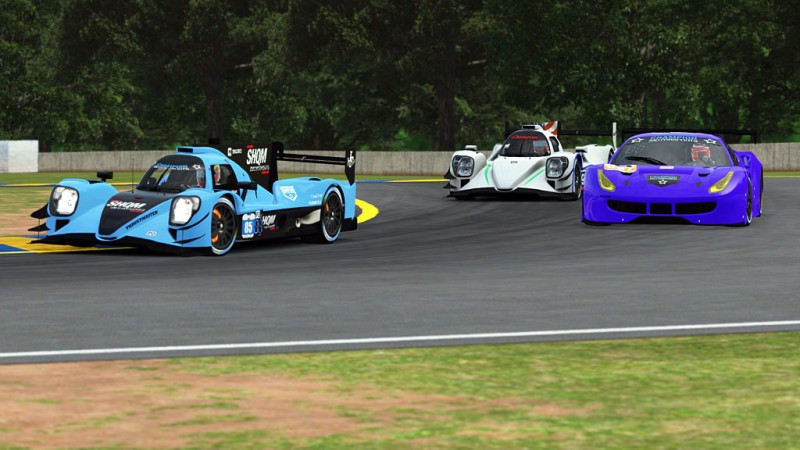