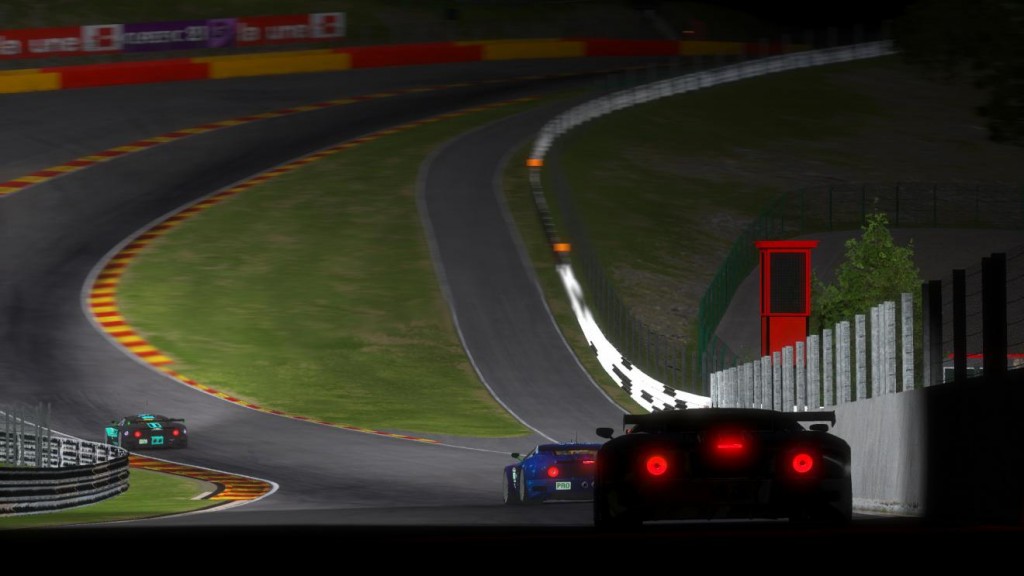 September 9, 2021 – There was magic in the air and a real sense of anticipation as 16 drivers, representing 7 of the 8 teams in the series, gathered at the historic circuit of Spa-Francorchamps for the final and deciding race of the Virtual GT1 Championship.

The weather was magnificent, promising the best possible conditions for racing over the day and night cycle that was to come. 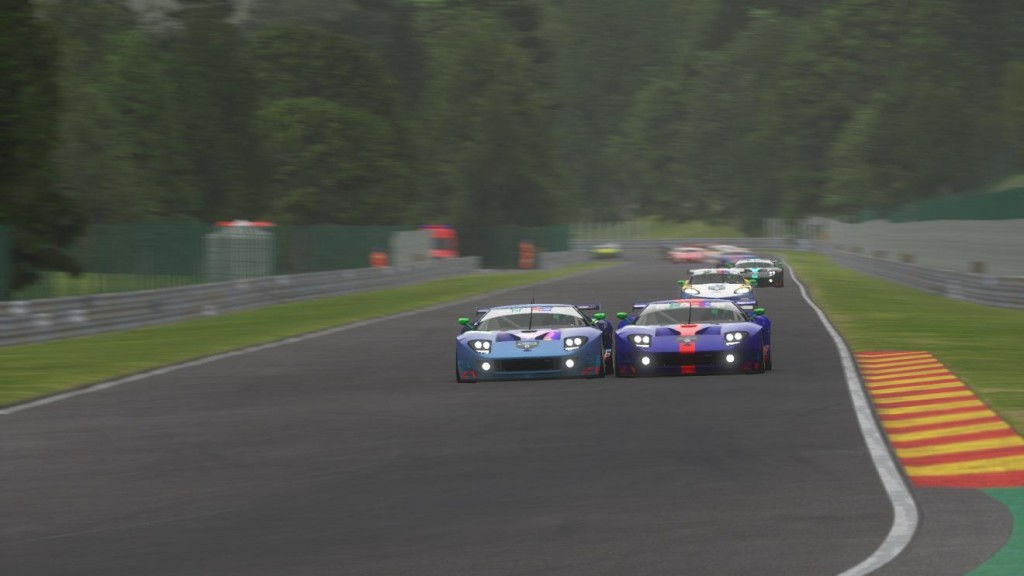 With PROs Dan Kirby and Eduardo Beninca tied for the driver’s championship, it was no surprise that they set the two fastest time in qualifying, with Kirby recording a 2:06.982 in his Ford GT, only a half-second ahead of Beninca in another Ford. Brian Hall in his Corvette C6.R broke up the “Ford party” to take third in front of another string of Fords.

For the AM qualifying, it was another Ford, this time driven by championship leader John Maher, that took top honors at 2:09.605, to be followed by the Corvette of Lanny Hall and Lamborghini Murcielago of Ross Smith. 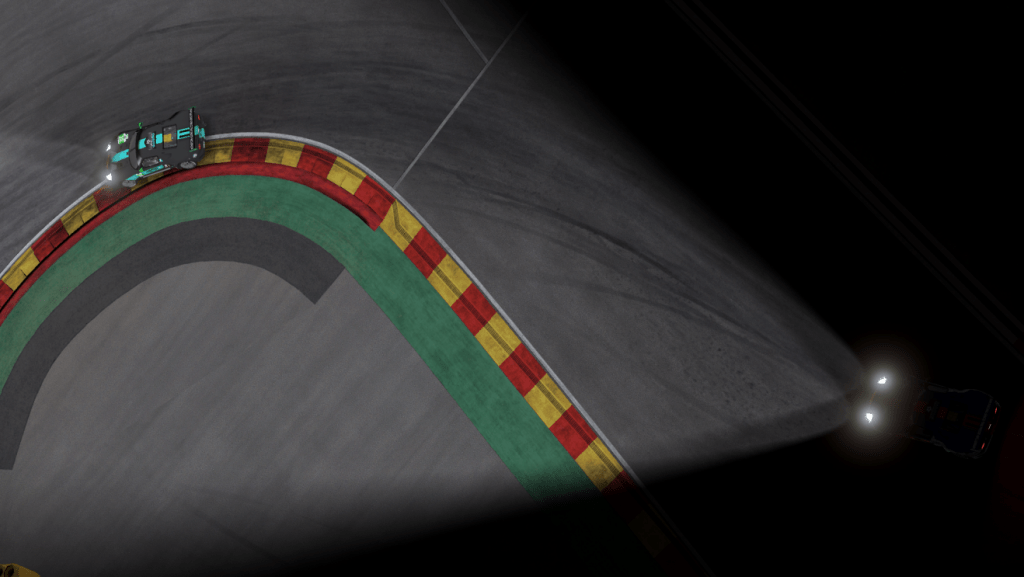 With the drop of the green flag, what turned out to be 144 minutes of non-stop action got underway.

For the entire race, it was four PROs, Kirby, Beninca, Hall, and Mike Parker in yet another Ford, that raced each other hard with each taking a share of the lead laps.

While Kirby had the lion’s share of the lead through the mid-point of the race, the fans were riveted by the drama taking place for Beninca, who by the same point had been obliged to take two drive-through penalties but by L36 was leading the race. Handing the lead to Mike Parker on L50 when he pitted for the final time, a third penalty cruelly broke the back of his challenge for the win, forcing him to settle for third only. It was left to Parker and Kirby to battle it out for the win, with the lead changing three times in the final dozen laps before Kirby was able to put and then keep his rival behind to take the win by only 2 seconds.

In the AM race, it was the battle of Maher’s Ford GT against Lanny Hall’s Corvette C6.R with David Anderson’s Lamborghini lurking in the near distance. As with the PRO race, the AM lead changed several times over the course of the event, with each of the drivers getting to the front. As the race wound down, Hall and Maher, in that order, had cleared a gap to Anderson but before the two had a real chance to test each other’s mettle in the final laps, Hall was handed a drive-through penalty and Maher was away. It remained tight, with only 10 seconds separating second place Hall from the class winner Maher, but it was enough. With a lap on his closest challenger, Anderson finished a comfortable third in class.

There was many a longing look at the cars by both fans and drivers as the teams commenced the final pack up and a trip to the various home locations. With many positive comments on the racing, the cars, and the competition, it is very possible that GT1 racing will make its way back to NARS in the not too distant future.

At the end of the day, there were three enthusiastic cheers by all the teams for the series team that had made it all possible:

And now, the race and final standings: 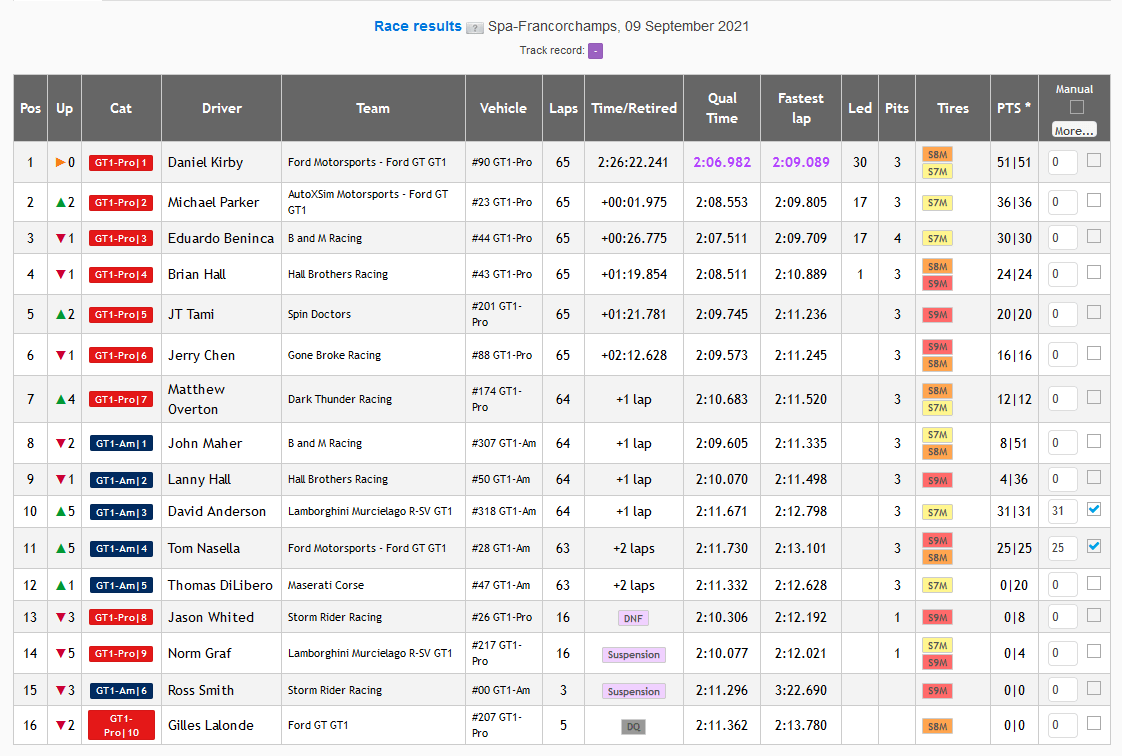 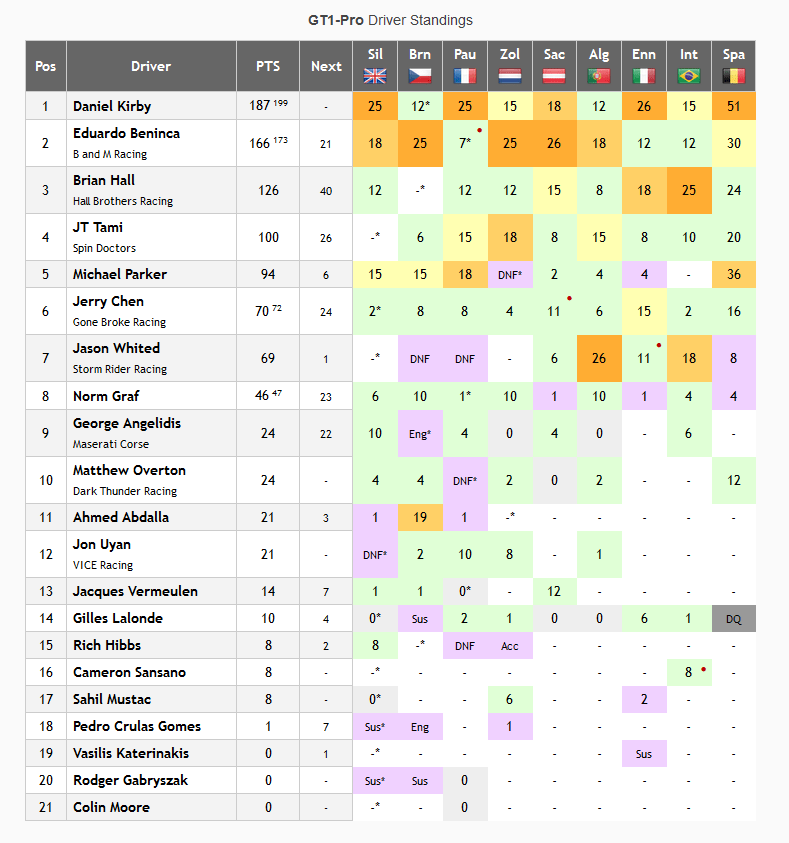 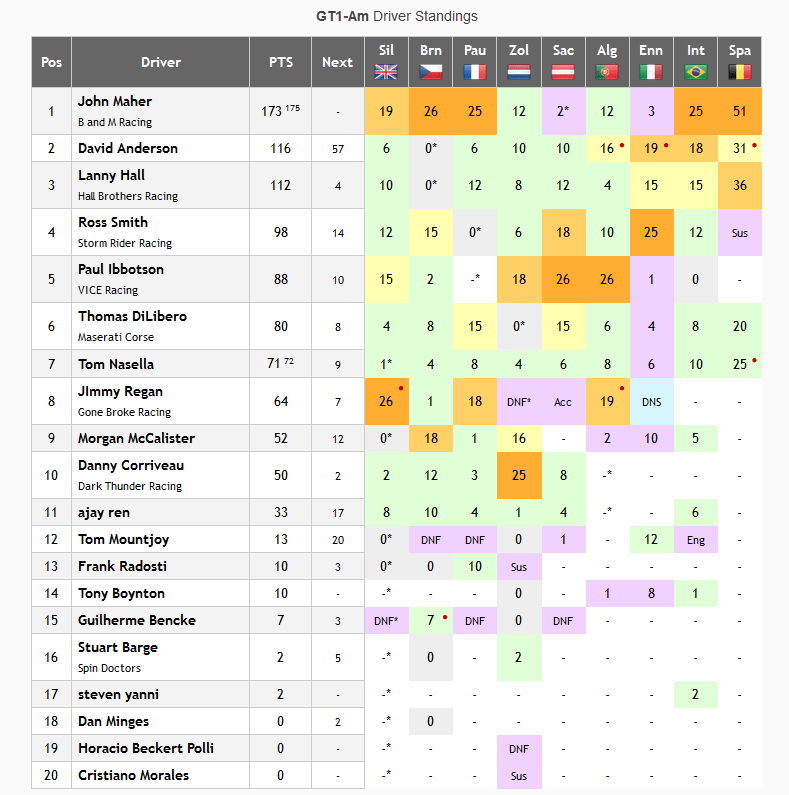 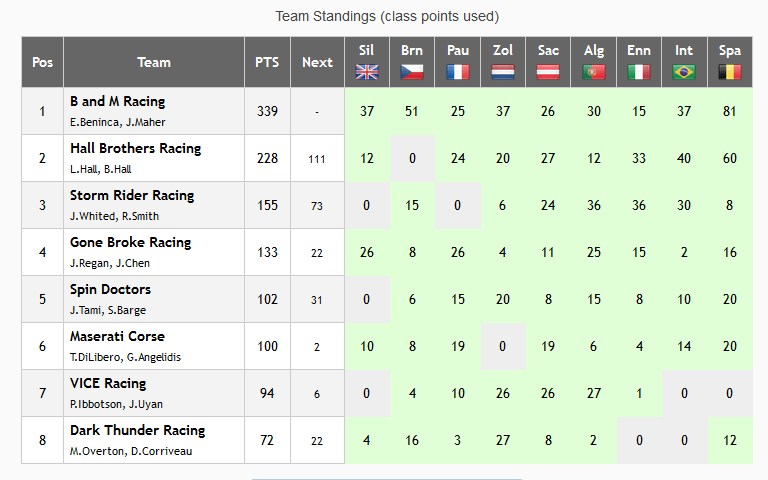 It was an exciting season through all 9 races and congratulations to all our racers!