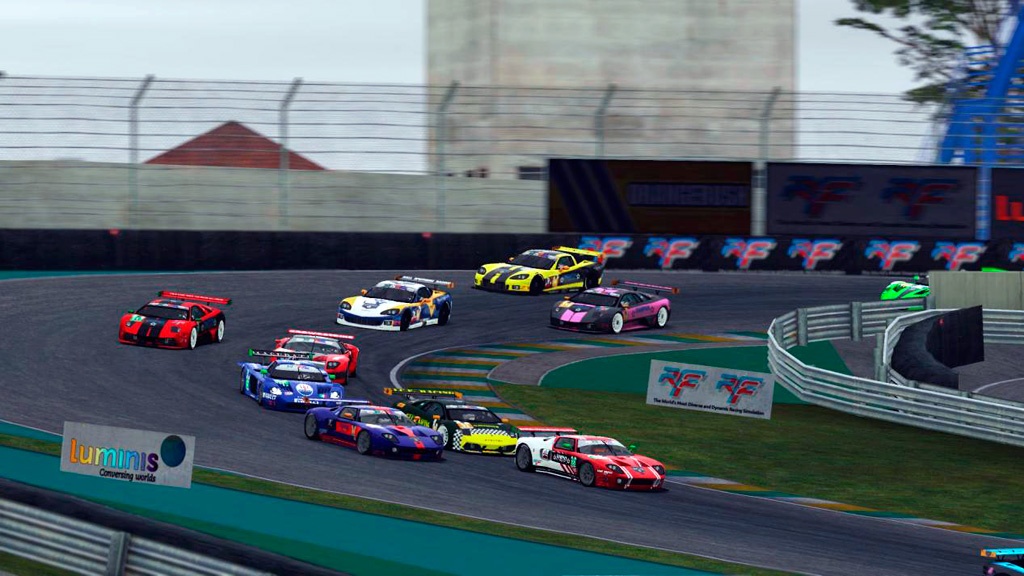 August 26, 2021 – With only two races left in the series calendar, it was a very business-like and focused set of teams and drivers that arrived in Buenos Aires for the penultimate round of the VGT1C. Tightening championship races and several of the contenders returning to form have meant venues packed to their COVID-restricted capacities and record viewership around the world – with the fans at Interlagos streaming into the venue to make sure that they were able to grab their part of the excitement firsthand. 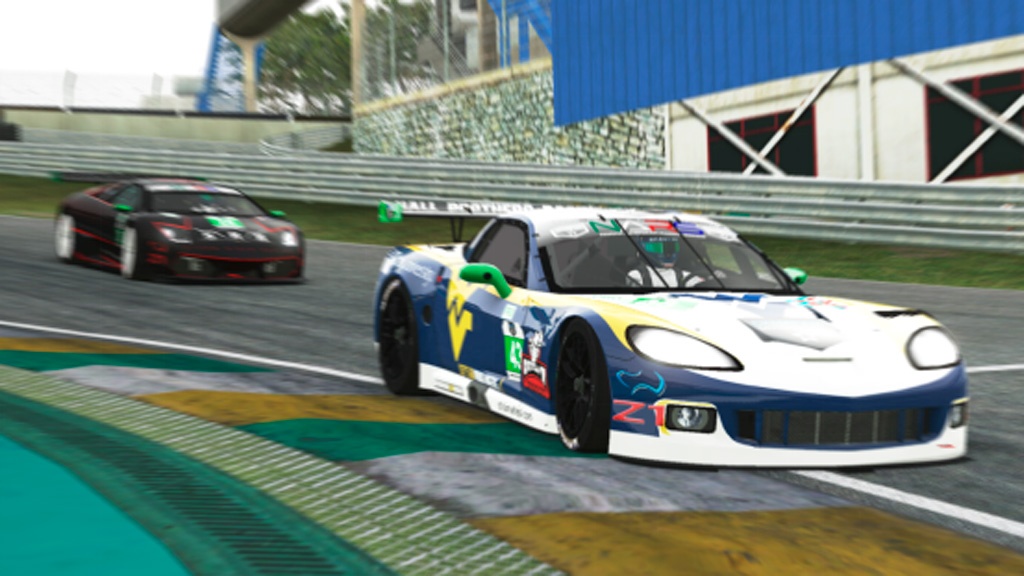 The fast laps came…. fast and furious as the field attacked the qualifying. In PRO, it was Brian Hall in his Ford GT that threw down the gauntlet early with a 1:25.325, and while many came close, it was Cameron Sansano in his Maserati MC12 that bested it with a 1:24.907 with 6 minutes to go. At the end of qualifying, his fast lap withstood the best efforts of the rest of the field, with Brian Hall and Dan Kirby in his Corvette within.2s behind the polesitter. In AM, it was equally close, as Morgan McCalister took the class post with a 1:26.075 in his Corvette with 2 minutes to go in the session, finishing only .3s ahead of the Lamborghini of Ross Smith and the Ford GT of John Maher. The fact that the top 6 qualifiers were within 1s of each other and the top 13 within 2s gave the fans plenty of reason to look forward to a thrilling race. 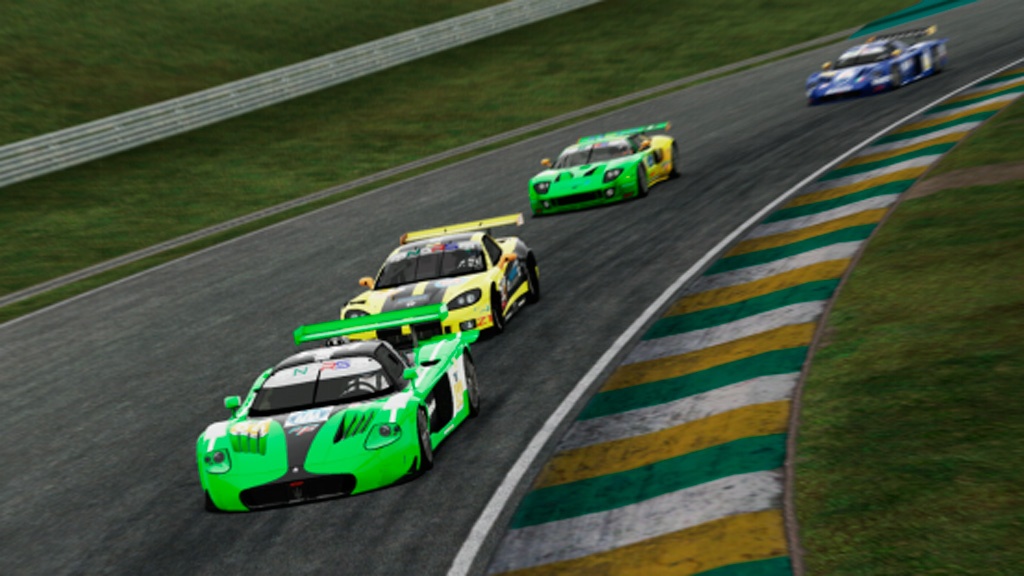 At the drop of the green, it was a sprint to the first corner as Hall got the better of Sansano and the Nissan of Jason Whited getting by Kirby, with those four hotly pursued by the rest of the field.

When Sansano had an off in T1 while attempting to regain a first place on the second lap, the following cars checked up and the lead three of Hall, Whited and Kirby were able to establish a gap that they never relinquished.

The three leaders raced each other hard the entire race, often with the three within 1s of each other. It was heart-pumping action, with the crowd cheering on the three as they maneuvered through lapped traffic.

After the pit cycle, Kirby found himself back several seconds (no doubt the subject of an intense post-race discussion amongst the pit crew) but by race end, had closed the gap to under 3 seconds.

Whited kept up intense pressure on Kirby, however even with a last-lap charge, he could not find the key to overtaking the leader, finishing a mere .3s behind the race winner.

An equally thrilling race was going on behind, as Eduardo Beninca in his Ford, JT Tami in his Corvette and a hard-charging Sansano fought in the PRO mid-field. Sansano drove a brilliant recovery to best his rivals and take fourth overall, leading Beninca by only 2s, with Tami taking sixth.

In AM, the fans were treated to a fiercely fought race that featured not only great driving but also heart-breaking moments of agony. McCalister started out on fire, racing his PRO counterparts on par and building a healthy gap to the rest of the AM field when the back end of his car broke out unexpectedly, sending him into a retaining wall and ending his chances of a strong finish.

Suddenly, the fight between Smith, Paul Ibbotson, Maher, and Lanny Hall took on new significance, all of them now fighting for the class lead with barely 2s covering them.

It was the Lamborghini of Ibbotson that emerged on top in L12, building a gap of 6s to the rest by the pit cycle. That gap, however, evaporated in a moment as Ibbotson took three pit speeding penalties in a row, ruining what to that point had been a brilliant race.

As the pit cycle played out, it was David Anderson in his Lamborghini Murcielago that came out leading the field with about a third of the race to go. It became apparent quickly, however, that Maher in his Ford GT had the pace to catch Anderson, with him doing so on L40.

Behind them, Tom Nasella in his Ford GT was having a close battle with the Corvette of Lanny Hall to claim the final podium position. After constant pressure, Hall was finally able to pass Nasella with two laps to go and when Nasella had an encounter with the wall just after, his 3rd place finish was assured. 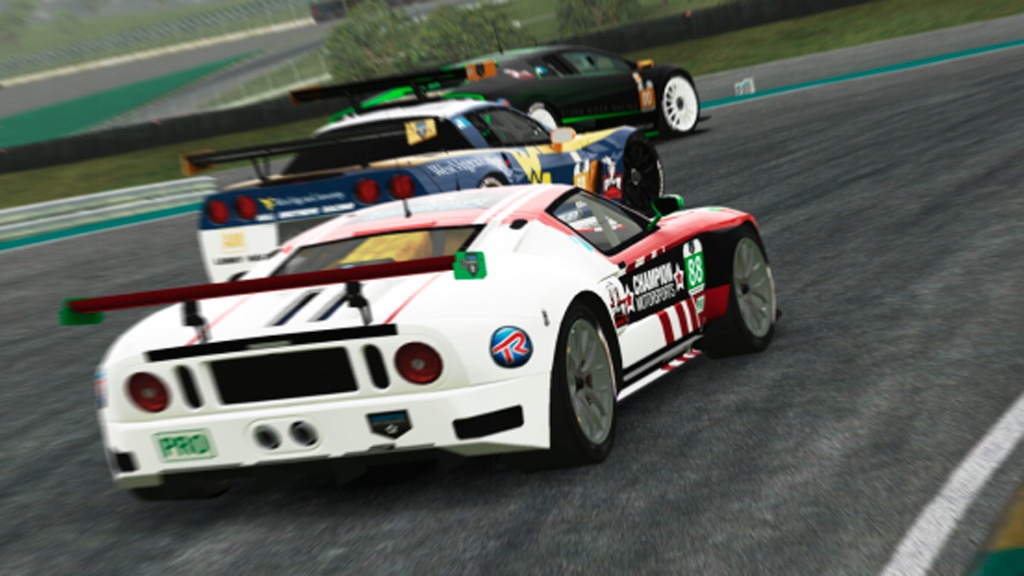 It was an excited and noisy crowd that left Interlagos after what had been a highly entertaining and closely fought race through the entire field. The mood in the paddock reflected that of the fans, with the drivers and teams uncharacteristically chatty amongst themselves as they moved back to their garages to start their laborious post-race drills.

The mood of friendly bonne hommerie was rocked, however, when the stewards descended upon the garage of Cameron Sansano, with the driver, crew chief, and team principal called to a meeting quickly thereafter. The shock was complete when 30 minutes later, the Chief Steward emerged to announce that Sansano’s Maserati did not conform to race regulations for either the qualifying or race and so would, as a result, receive a two-place drop-in class standing for both. This meant the automatic loss of the point for pole in class and a reduction of points for the race, with the two drivers below Sansano moving up one place each and receiving the points for that standing.

With the penalty applied to the qualifying and race standings, the championship races could not be closer as the series heads to Spa.

In PRO, Eduardo Beninca and Dan Kirby are tied at 136 points each, with Brian Hall at 104 being chased by JT Tami at 80.

For the AM championship, the win by John Maher gives him 122 points and some breathing room over Ross Smith, who at 98 points has moved into second over the unlucky Paul Ibbotson who remains at 88 points and just ahead of a charging David Anderson, who sits at 85.

The Team championship remains dominated by B&M Racing at 258 points. With the Hall Brothers at 180, SRR at 158, and Gone Broke Racing at 118 however, there is still an outside chance of a shakeup in the final two podium positions with the extra points to be won in Belgium.

The final race of the season will be a special one in honor of the GT1 history of 24 hour races at Spa-Francorchamps and will feature double points for the 2.4 hours to be raced. It will be held on 9 September, qualifying at 8:30 PM Eastern and the race will start at 9 PM Eastern. See you there!