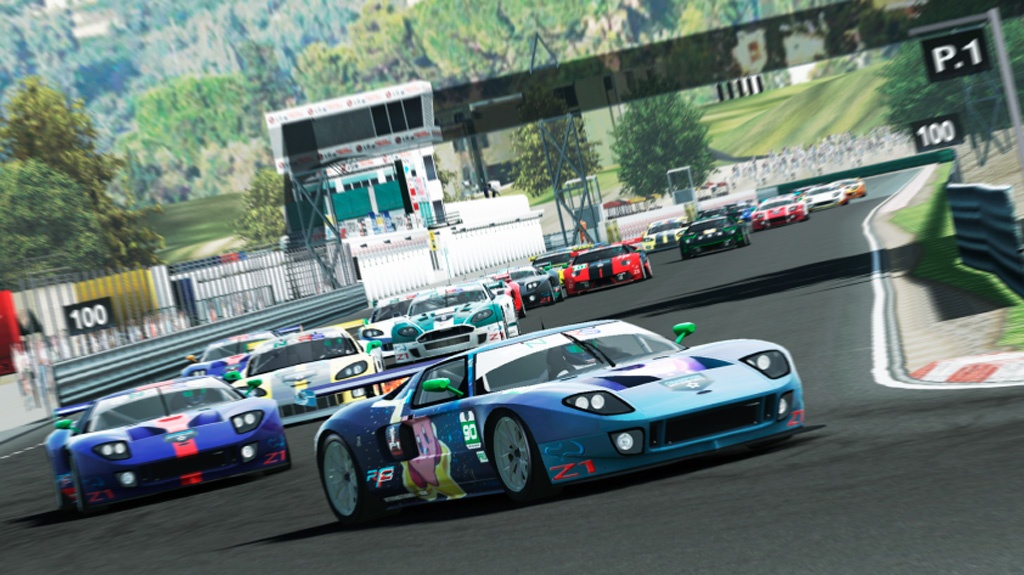 August 12, 2021 – From Portugal, the teams of the VGT1C made the short journey east across the Mediterranean to the island of Sicily and another circuit that gets scant attention – Enna Pergusa. With championship battles intensifying and only 3 races left, the absence of PRO Jon Uyan of V.I.C.E Racing, AM title contender Jimmy Regan of Gone Broke Racing made for serious openings in all three sets of standings, if the other teams and 22 drivers made the trip to Sicily were up to the challenge. 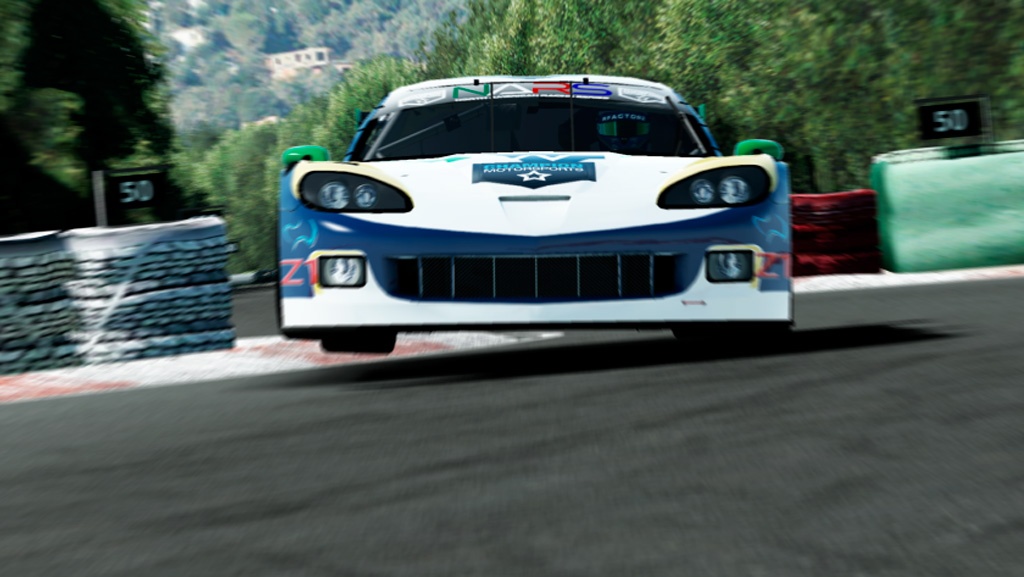 It was PRO Daniel Kirby that made the best of the course in his Ford GT to set the pole-claiming lap of 1:27.83, a full second ahead of championship leader Eduardo Beninca in his B&M Racing Ford. JT Tami, in the first non-Ford in the qualifying standings, slotted in at third, just ahead of the top AM qualifier, John Maher in his B&M Aston Martin. Paul Ibbotson and Ross Smith in their Lamborghini Murcielagos completed the AM top three, about a second behind Maher. 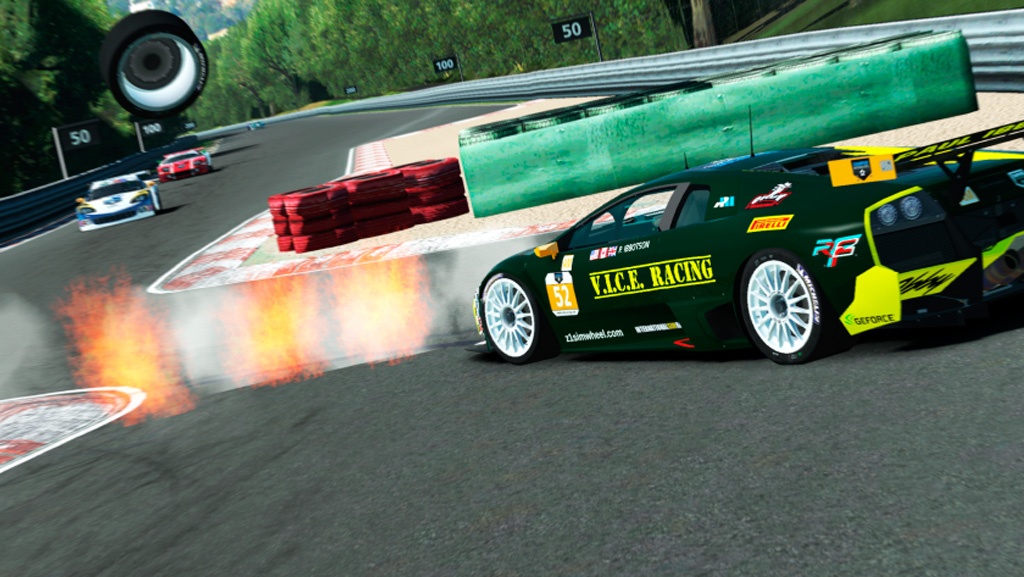 At the green, PROs Kirby, Beninca, and Tami streaked away from the rest of the field in a tight battle that thrilled the spectators lined along the shores of the lake. Behind, however, chaos reigned supreme, captivating the onlookers as well, but for entirely different reasons. As one driver put it post-race “I was either slow and steady or the only one that brought a race setup” and with half the field retired from the race by L27, it certainly looked like many drivers had been too optimistic in their setups for the unique ‘brake hard/go fast’ challenges of the circuit. Whether it was through catastrophic damage like that of Paul Ibbotson or an accumulation as was the case with John Maher, Pergusa was relentless in exacting a painful price from the drivers when they made a mistake in the constant procession of chicanes. Some, but not many, like PROs JT Tami or indeed Eduardo Beninca, who both dropped off the pace in the early part of the race, were able to regain composure and put in strong recovery drives to rescue points from a difficult race.

For the drivers that through either prudent setup work or patience on track (or both), the rewards were impressive. First among these drivers was Dan Kirby, who piloted his Ford safely, and at speed to take a well-deserved win overall and in the PRO category, almost a full lap ahead of fellow PRO driver Brian Hall. Jerry Chen completed the PRO podium with a strong and consistent drive in the face of some demanding situations whereas he put it “ it seemed that if you got within 5 feet of my nose, you were spinning.”

In AM, it was a rare Lamborghini 1-2 as SRR Driver Ross Smith and independent David Anderson driving with composure to take the top to spots as well as finishing 7-8 overall. Hall Brothers Racing was able to celebrate a double podium finish with Lanny Hall overcoming adversity on a unforgiving track to take the final AM podium spot.

In what turned out to be a bit of an endurance race compressed into 60 minutes, it seemed that the only thing that the race didn’t feature was the infamous plague of frogs that had descended upon a race weekend in the early years of the circuit. The unusual combination of flat out sections and devilish chicanes showed no mercy, or respect for the championship standings of the drivers, claiming both the high and the low. The mood in the paddock was decidedly tense after the race as reviewed their performance either ruefully or with sober calculation as they started to contemplate the two remaining races.

While no driver in contention for a podium spot saw their chances disappearing entirely due to the results of this round, it certainly tightened up the races in all three championships.

In PRO, Kirby and Beninca remain in a very tight race for the top spot with Kirby continuing to gain ground on the leader. Hall has vaulted over Tami for the final podium position, but with only 7 points between them, it is not settled yet!

In AM, while Maher and Ibbotson retain their 1-2 standing, their poor results at Pergusa have allowed several challengers to close the gap, principally Ross Smith and David Anderson who vaulted over Jimmy Regan.

The team championship reflects the changing fortunes of the drivers, with Hall Brothers, SRR, and Gone For Broke all moving ahead of V.I.C.E,with only 23 points separating the three teams. B&M Racing continues to hold a dominant lead and even if the gap has been steadily decreasing it would be a stunning reversal for them to have the team crown taken from them by series end.

The next two weeks will be telling as the teams first head to Brazil for the penultimate race at Interlagos on 26 Aug and then streak back across the Atlantic for the final stop at Spa. As always qualifying is at 9 PM Eastern and Race at 9:30 PM. See you there!