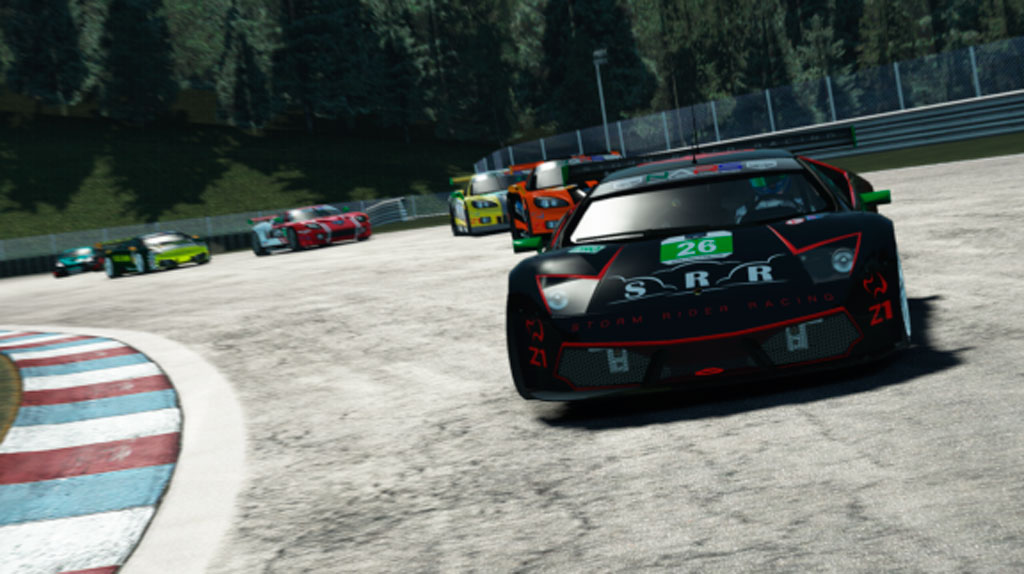 May 27, 2021 – NARS made a long-overdue return to the rolling hills of the Brno circuit with the arrival of the Virtual GT1 Championship to the venue last week. 31 drivers, making up 7 teams and 17 independent drivers arrived in the Czech Republic to contest the second round of the 9 race championship. The weather cooperated to provide the drivers with consistent conditions for both learning the track and becoming more familiar again with their cars. 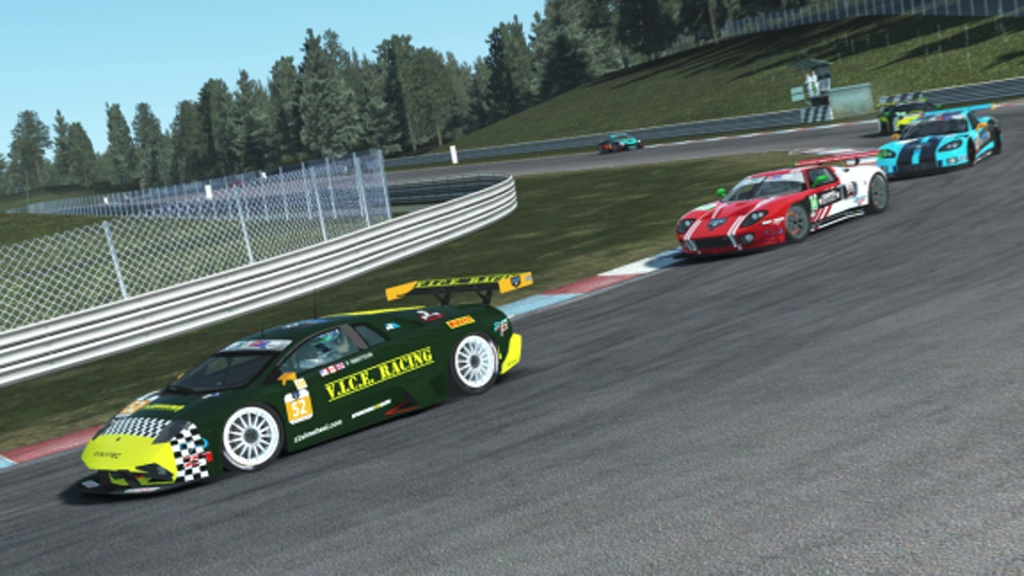 It was PRO driver Ahmed Abdallah that set the pace, laying down a 1:47.679 in a Maserati MC12, nosing ahead of Dan Kirby and Eduardo Beninca, both in Ford GTs. A 1:50:590 was the best that top AM driver John Maher could wring out of his Corvette C6.R, which left room for almost all of the PRO field ahead of him. Jimmy Regan’s Ford GT and the Lamborghini Murcielago of Paul Ibbotson were close behind.

In addition to Jacques Vermeulen’s debut as a PRO after completing Silverstone as an AM driver, other changes to the field included the first races of the championship for PROs Jason Whited and JT Tami as well as AM drivers Stuart Barge and Dan Minges, making for 35 drivers competing in the championship. 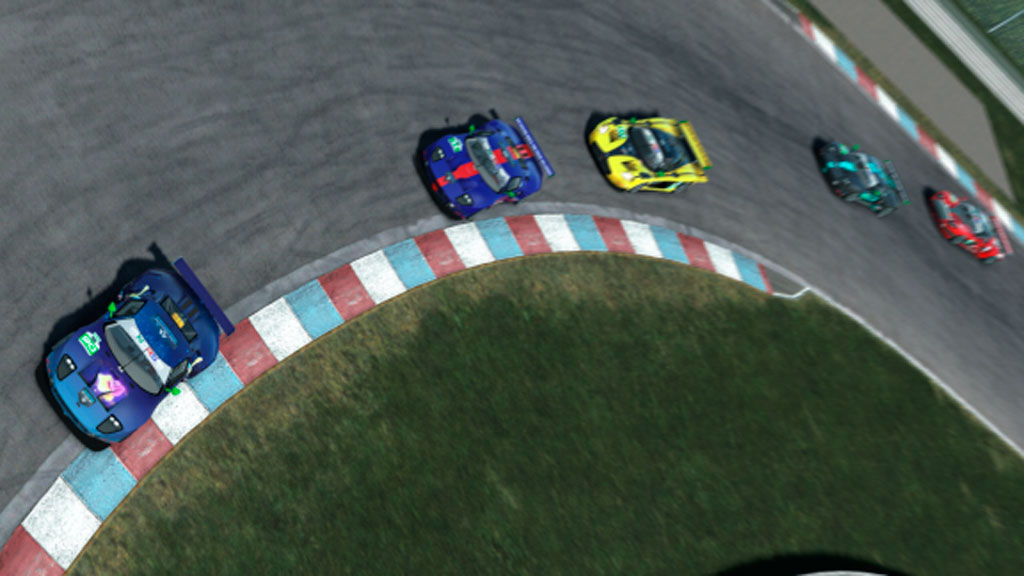 Brno proved to be more than a challenge for many drivers during the course of the race, providing for as many disappointments as it did moments of elation. The undulating terrain and quick succession of corners made for close racing throughout the field, with frequent opportunities to pass when mistakes were made.

While initially putting a cushion between himself and the pair of Kirby and Beninca, the race for the lead tightened up throughout the race for Abdallah, with Beninca passing him on L8 and then ceding P1 to the Ford GT of Michael Parker in the pit cycle, only to regain on L28 when Parker pitted. Abdallah kept up the pressure to the end however Beninca was able to outlast his challenger and take the win for B&M Racing. Parker was able to turn his strong pace in the second half of the race into a podium position, taking third overall and in the PRO class ahead of Kirby.

In the remainder of the PRO field, drama unfolded at a regular pace, with drivers struggling to master the course and a series of mishaps or misjudgments dropping cars in the order or forcing outright retirements.

On the AM side, the lead of the class quickly found itself intermixed with the PRO field, making for some very close racing as long trains of cars snaked their way around the course. Maher, despite difficulties in L8 that put him well down in the field, drove a very strong recovery from there to the end of the race, finishing 7th overall and taking the win in AM for B&M Racing. 2nd place went to Morgan McCalister in another Corvette C6.R, gaining 10 places overall in the race, while Ross Smith paced his Lamborghini Murcielago R-SV to third place for Storm Rider Racing.

Hard Charger for the race was AM driver Guilherme Bencke, moving his Corvette C6.R up 11 places from his starting grid assignment, one spot better than three other drivers tied at 10 places each. 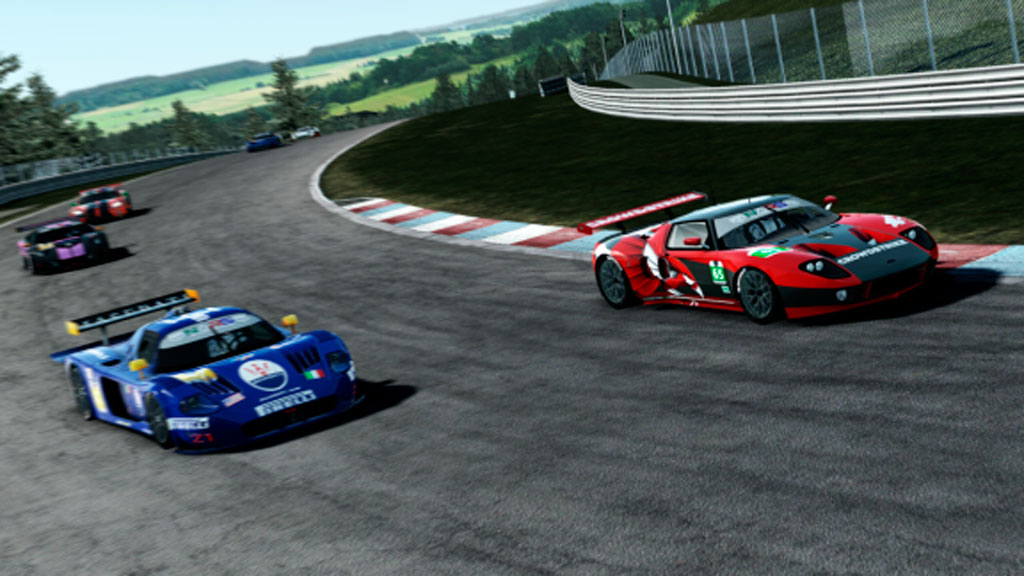 Despite the fact that it was well known the stewards were paying close attention during the post-race inspections, JT Tami and Pedros Gomez found themselves docked finishing positions for car configurations that did not meet the PRO racing regulations. No doubt the championship organizers will be reviewing their options for the remainder of the series if this trend continues.

With two races complete, the championship races are starting to take shape. While early leaders appear to be streaking away from their competition, the remainder of the field looks to be very evenly matched and drivers keeping each other in close view.

The VGT1C now leaves the hills of the Czech Republic to visit the flatter countryside of the south of France and the technically challenging Paul Ricard circuit on 3 June, guaranteed to produce some equally close racing as the drivers and teams continue to push their knowledge and confidence. 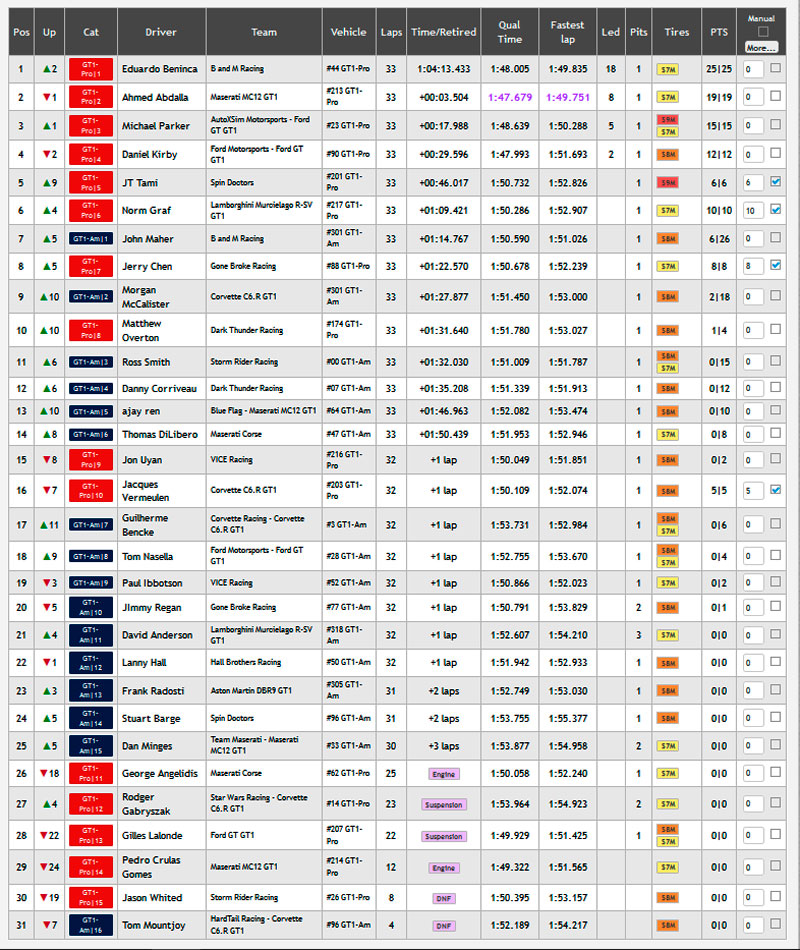