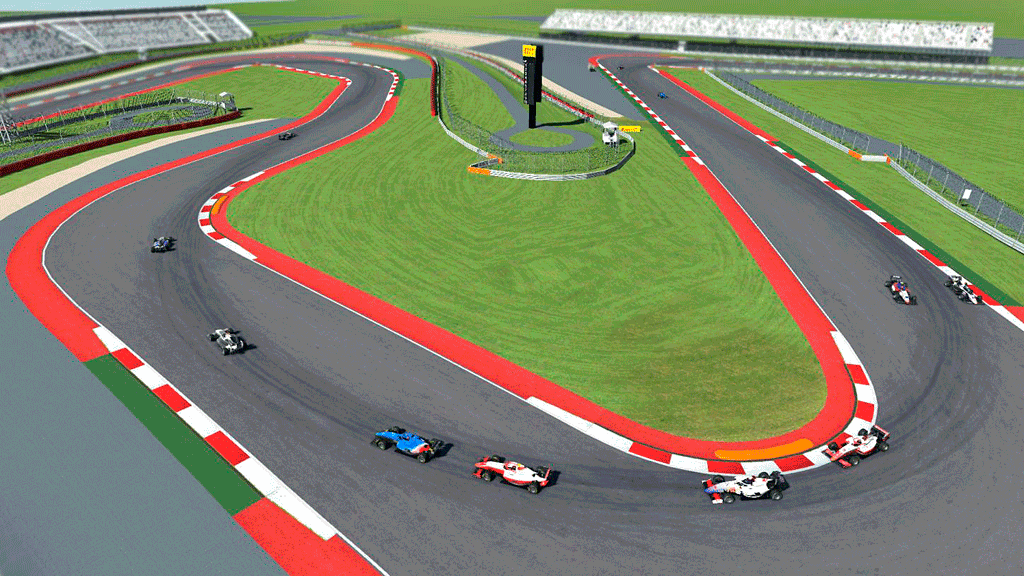 October 14, 2021 – Hard to believe, but it was the final round of the series in the third week of October, already! 17 drivers made their way to Austin Texas for some wonderful mid-fall sunshine and intense racing action at the Circuit of the Americas. 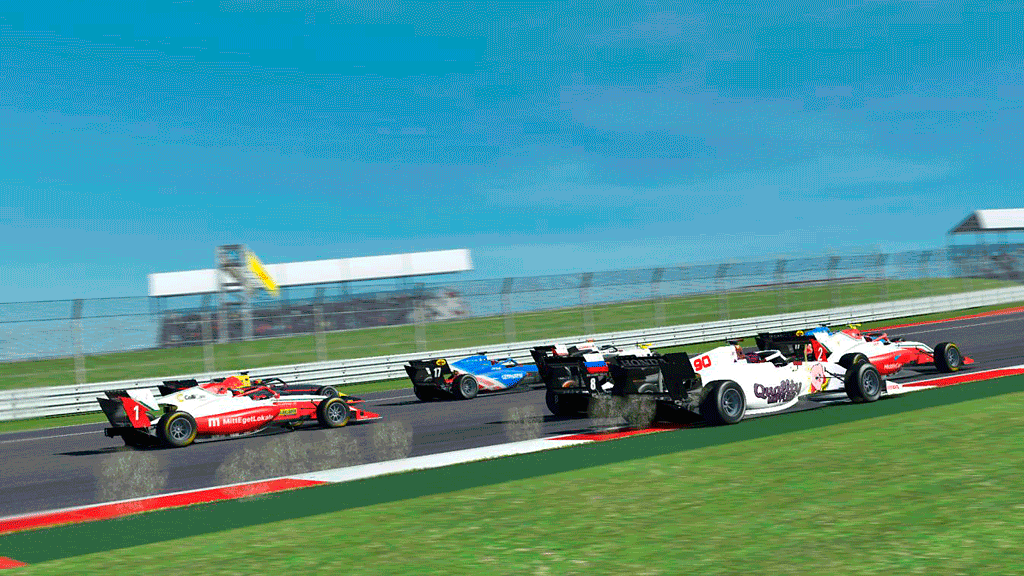 In an effort that was eventually neutralized by the stewards in the post-racing vehicle inspections, latecomer Ernest Bernaldo set the fastest time of 1:48.029, grabbing the attention of the fans and the other drivers alike, particularly Dan Kirby, who was just a hair slower with his own Q timing of 1:48.171. It was Tom Mountjoy picking up the AM top qualifying time with a 1:51.684, his first in the F3 series. 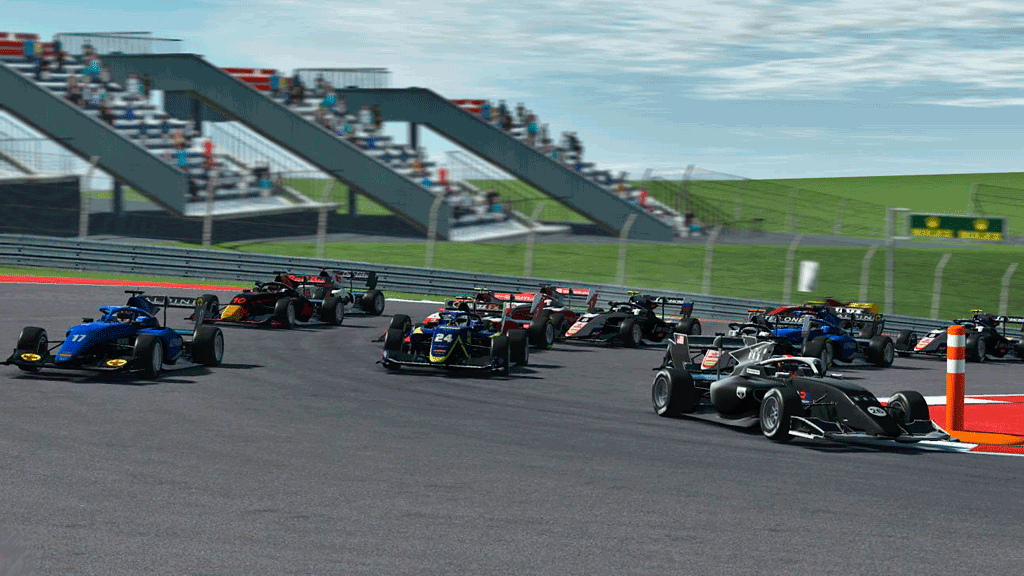 In both races, it was the opening lap and specifically the blind, uphill T1 then the Esses that proved to be more than a match for the field. Incidents abounded as the drivers struggled with cold tires and each other, providing both opportunities galore for the patient (or lucky) or heartbreak and frustration for the unlucky. In neither race did the polesitter hold the lead past the Orange Zone.

The story of R1 was the thrilling chase of Eduardo Beninca by Dan Kirby as they both moved through the field and then ran clear of their challengers. It was only on the last lap that Kirby was able to catch and then pass his championship rival, crossing the finish line only .6s ahead. Ernest Bernaldo completed the PRO podium, only to see that set back to 5th due to a car configuration violation – however his impressive pace, particularly in the closing laps of the race, make him a driver to watch in the future. As a result of the penalty, it was JT Tami that found himself promoted to P3. AM championship leader Gilles Lalonde led the AM field from flag to flag however he could not completely Tom Mountjoy or Lanny Hall who both finished about a dozen seconds behind.

The result of R2 for the PROs was almost a mirror of that for R1 however this time Kirby was firmly in control, leading both Beninca and Bernaldo through the field as he took and held the race lead never to relinquish it. While Bernaldo was able to improve his race standing to P2, it was again knocked back, leaving Beninca in P2 and promoting Johnny Nikon to P3 and his first PRO podium of the series.

In the AM field, Lalonde bettered his standing in the race to P4 overall and showed a clean set of heels to the rest of the AM field, finishing over 30s clear of his peers. P2 and P3 went to Paul Ibbotson and Tom Mountjoy, who along with Lanny Hall, gave the fans lots to cheer as they raced hard over the final laps.

In what were very highly competitive races, the organizers were pleased to award the bonus points as follows:

Less happily, the stewards also provided their verdicts on a number of incidents over both races, converted into time penalties. The most significant of these were Dan Kirby moving from P1 to P6 in R1 PRO standings and in R2, Eduardo Beninca moving to P4 in PRO, and Tom Mountjoy to P4 in AM.

While it was a short series, the buzz from the paddock lasted long into the night, with drivers continuing to share stories and compare setup notes. The first time that open-wheel racing has been held at NARS in a long while, there is no end to the speculation that this brand of high downforce excitement may not be so long in a return!

Thanks to everyone that competed in the series and see you out on the track again soon!

BIG THANKS to Ross Smith for his support all series!

With the final races completed, the championship standings are now final, but of course, the final numbers don’t tell the full story.

While PROs Dan Kirby and Eduardo Beninca were busy on a world of their own sorting out who would take the top spot with JT Tami looking to get a foot in, there were lots going on behind. From 4th to 8th place in the PRO standings, only 3 points separated the drivers, boding well for future competitions. Considering that all of them had at least one race with ‘no result’, the top three may find that gaining the podium in future championships will be a bit of an effort!

In AM, while Gilles Lalonde led from start to finish in the championship, he was constantly dogged by Tom Mountjoy, Lanny Hall, and Paul Ibbotson, who between them denied three of the race wins to the overall champion plus dominating the podium positions to keep it close until the final round. With several other drivers racing well but missing a majority of the rounds, there is plenty of potential for tighter racing again in the next season.