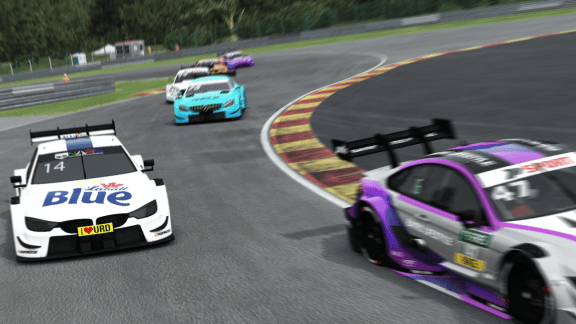 April 8, 2021 – It was 21 drivers and crews that arrived at the historic location of Spa-Francorchamps to contest the final round of the CMS NARS Virtual DTM Championship.  Anticipation was running high with a number of teams determined to show true racing colors and close out the season on a high note. It also marked the return to NARS racing for Guilherme Bencke and the first race of the season for Pedro Crulas Gomes – perhaps heralding a more regular attendance?

A glorious weekend, more like an early summer than spring, provided for some excellent racing conditions, even with bands of clouds regularly passing overhead.  The final practice provided hints of the close racing that was in store and the qualifying session was a great taster of the action to come.

Perennial polesitter Ahmed Aballah showed a clean set of heels to the remainder of the field, setting a benchmark time of 2:06.292 in his Maures, well over a second faster than his closest challenger, Juan Salas Morales also in a Maures. It was much the same story in AM, but this time in Auras, with Danny Corriveau grabbing the pole in class with a 2:08.685, a full second over Matthew Overton. With a track perfectly suited to the use of the DRS system and free use during the qualifying session, a number of PBs were set as the cars flew around the track. At the end of the qualifying, the 9 of the top 10 were covered by a gap of 2 seconds, promising tight racing at the green flag

And so it was in the race. While both polesitters remained relatively unchallenged within their classes for the win, not so for the remainder of the order. 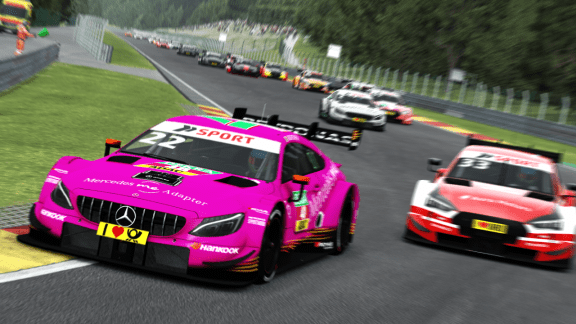 In PRO, while JT Tami managed to keep the leader within striking distance, gaining the race lead for one lap when Abdallah pitted, the real action in the class was between Dan Kirby, Juan Morales, Norm Graf, Jon Uyan and Jason Whited. Showing consistent laps as they strove to keep each other in sight, it was only through error or differences in pit timings that proved as they battled hard for the entire race.  Fresh rubber put the showcase on speed with the PRO class stretching their legs, but no change to the eventual finishing order, which saw Dan Kirby take the final podium position, 10s ahead of the grouping of Gomes, Graf, Uyan and Whited who were covered by barely 5s. 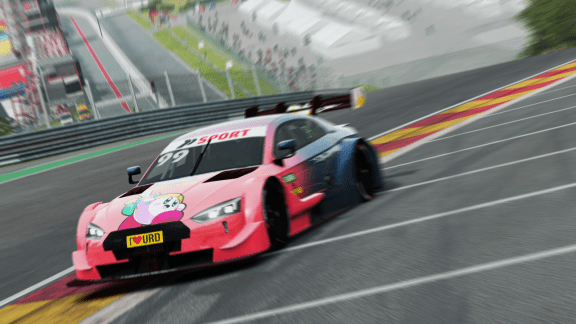 AM winner Corriveau saw plenty of action mixed up in the PRO field, falling only slowly to the drivers of the faster class and then stuck like glue to the Aura of Brian Hall, picking up 10th overall. Series leader Overton was in the hunt through to the pit cycle, battling Hall and then PRO Aura -driver Jerry Chen, but a spin in Stavelot with some heavy nose damage ended his hopes of a strong finish. Bayro-driving Rodger Gabryzsak found himself in a spirited battle with the Aura of Paul Ibbotson, the latter dropping away in the final laps as fuel became an issue. Overton also benefitted from the woes of Ibbotson, managing to pass him in the second-last lap and salvage 3rd in class.

In all, it was a thrilling race to end the season, with the comments of many drivers revealing that Ibbotson was not the only one that needed to keep a close eye on the fuel!

Top mover of the race was AM Rodger Gabryszak (Aura), finishing 11th overall and 2nd in AM from a P17 start on the grid!  Well done Rodger! 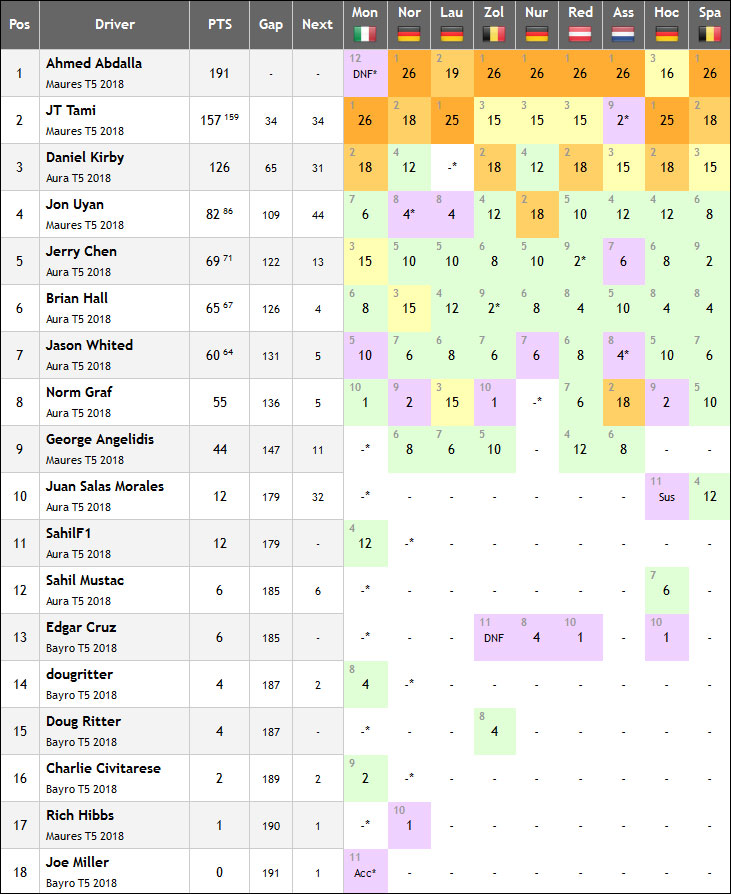 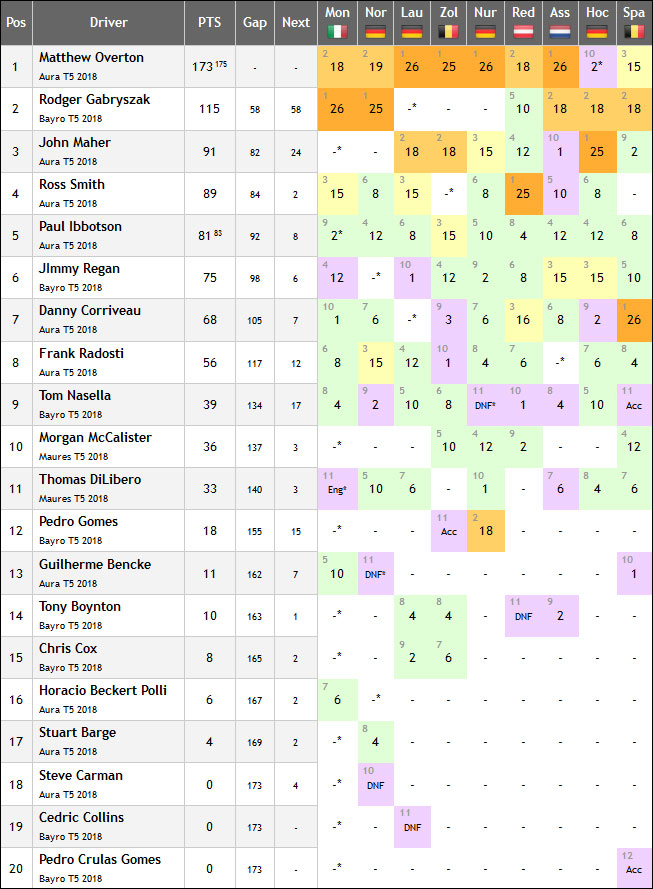 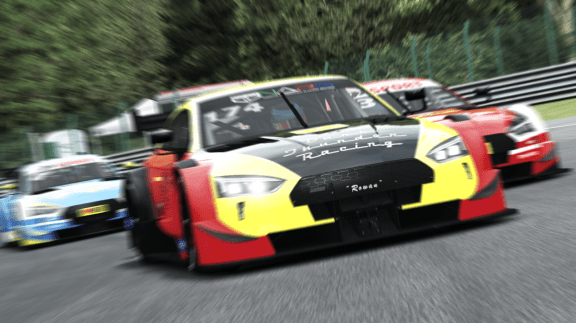