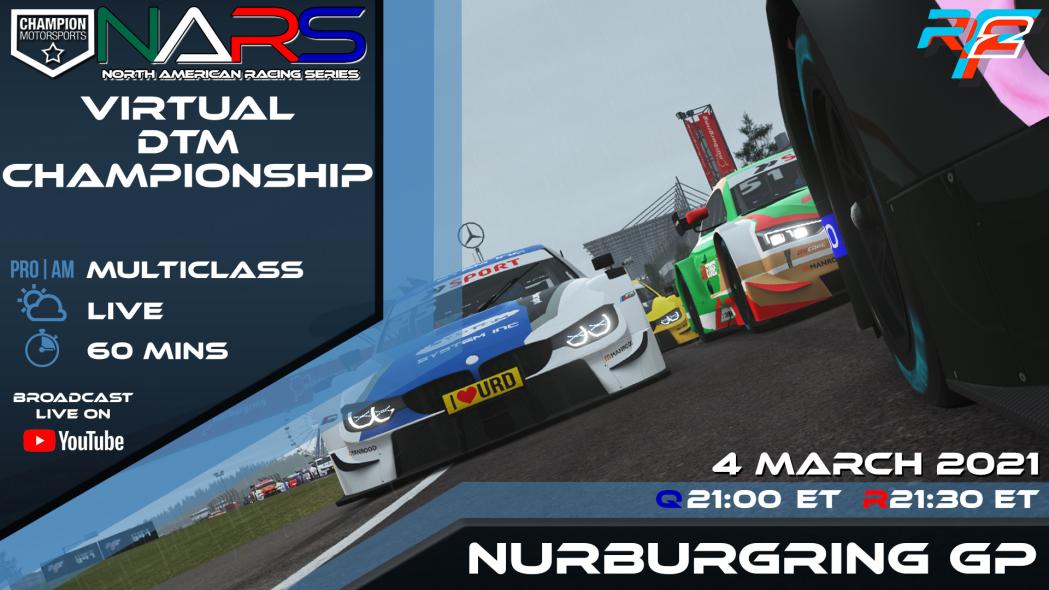 March 4, 2021 – It was a return to Germany once again for the VDTMC teams with a pilgrimage to one of the most imposing and storied circuits of Europe – the Nurburgring. And while perhaps best known for the longer layouts, including those used for F1 and the 24-hour endurance races, for the VDTMC it was to be the Sprint layout that would be waiting to test their mettle.

19 drivers (8 PRO and 11 AM) with their supporting teams gathered at the paddock for what turned out to be one of the most hotly contested races of the season to date. With the weather difficulties still fresh in the minds of the teams, preparations for rain were very obviously in hand but as the weekend rolled out the threatening nature of the skies was more ‘bark than bite’.

While qualifying provided some very expected results, the 15 minutes themselves were any but expected. A number of drivers struggled with mechanical/electrical problems which limited their qualifying and led to some interesting placements. Ahmed Abdallah was one of the drivers that struggled but he still managed to set the pace with a 1:16.631, .8s clear of a closed-up pack of drivers led by Jon Uyan.

The AM pole was claimed by Matthew Overton with a 1:18.361, just .01s ahead of Danny Corriveau and John Maher and Paul Ibbotson close behind. Finding themselves uncharacteristically at the back of the field were AM drivers Ross Smith and Pedro Gomez, both of whom had car issues to blame for their poor gridding results. 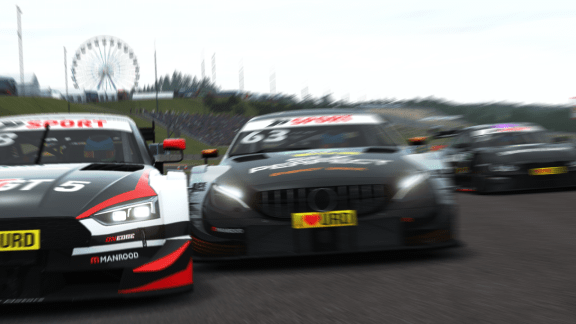 From the drop of the green flag, fierce battles for position developed throughout the entire field, entertaining the fans worldwide with some first-class door-to-door action.

While Abdallah streaked off in the lead, it was a tight and hard-racing group that followed. While Pro drivers Uyan, Kirby, Hall, Whited, Tami, and AM leader Overton were able to put several seconds between themselves as a group and the rest of the field, the same was occurring elsewhere with several tight groups forming and reforming before and after the mandatory pit stop.

At the same time, AM driver Pedro Gomez found his pace, undercutting the lead group on the pit cycle and positioning himself to be challenging for a podium position by lap 33. His protracted battle with Jon Uyan, much to the delight of the fans, produced some outstanding racing that ended abruptly with Gomez outbraking himself at the hairpin onto the Schumacher straight. A strong recovery almost succeeded in his regaining position over Overton for the AM win, only to be denied by a drive-through penalty on the final lap due to track cuts.

Other close battles included Jerry Chen, John Maher, and Morgan McCalister, with Maher outlasting the other two and then Paul Ibbotson, Danny Corriveau, Ross Smith engaged in a race-long contest as well.

For the ‘top mover’ of the race, it was unquestionably Pedro Gomez, who turned the last place on the starting grid into a 5th place overall and 2nd in AM. Continued performance at that high level will surely win him an invitation to the PRO class in the next NARS championship! 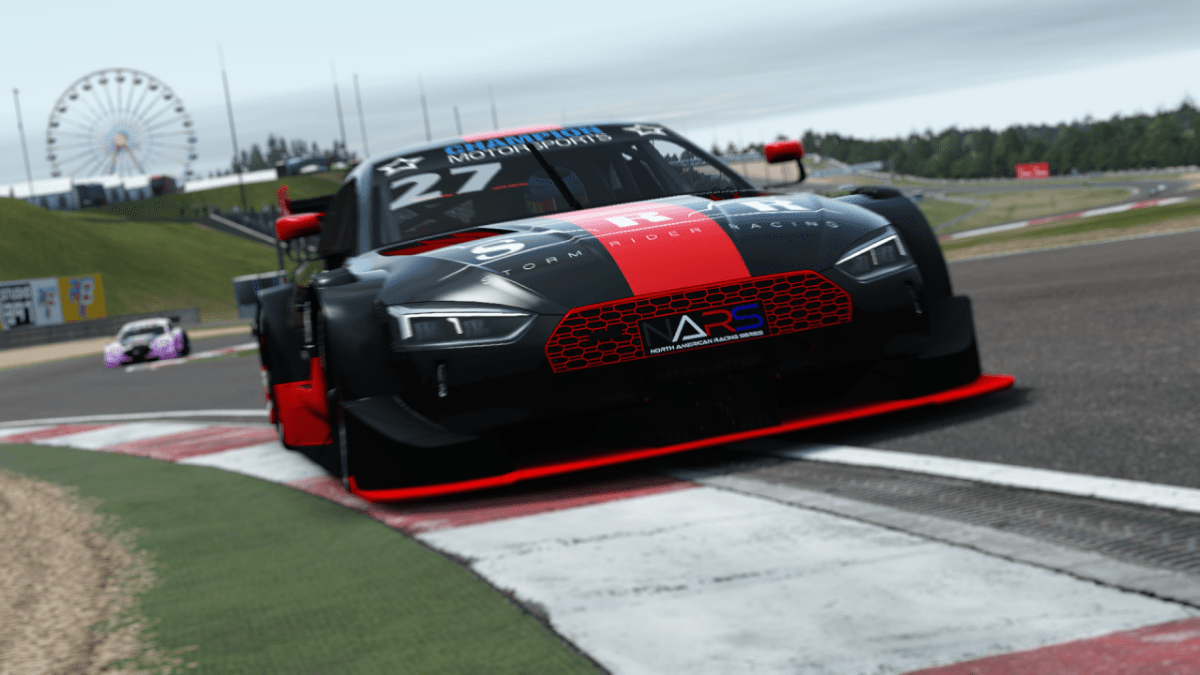 At the mid-point in the season, the full standings for the VDTMC are as follows (drop round applied): 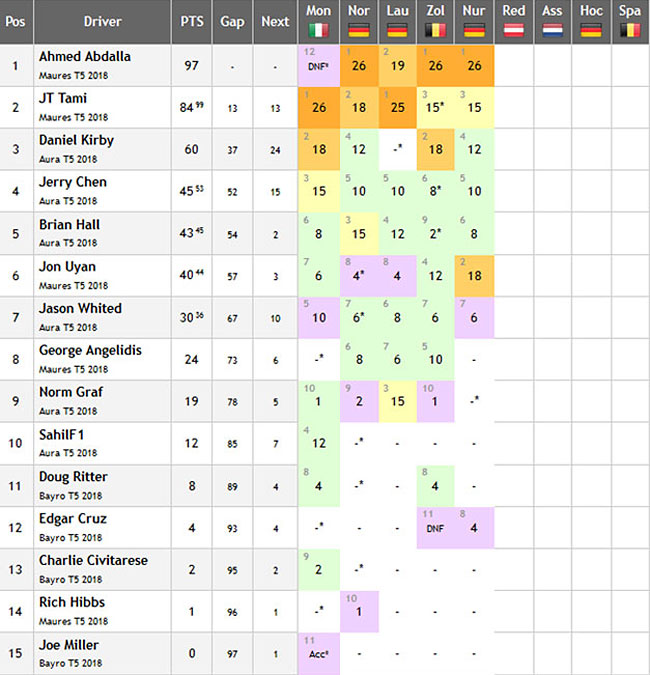 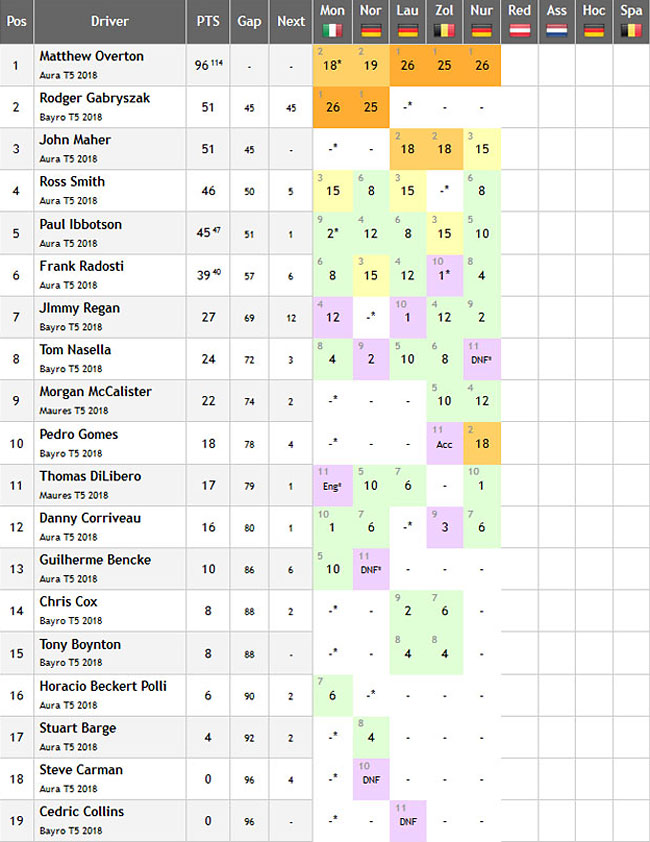 After a break to allow the drives and their teams some time for both recovery and car tuning, the next VDTMC round will be 18 March at the Red Bull Ring.