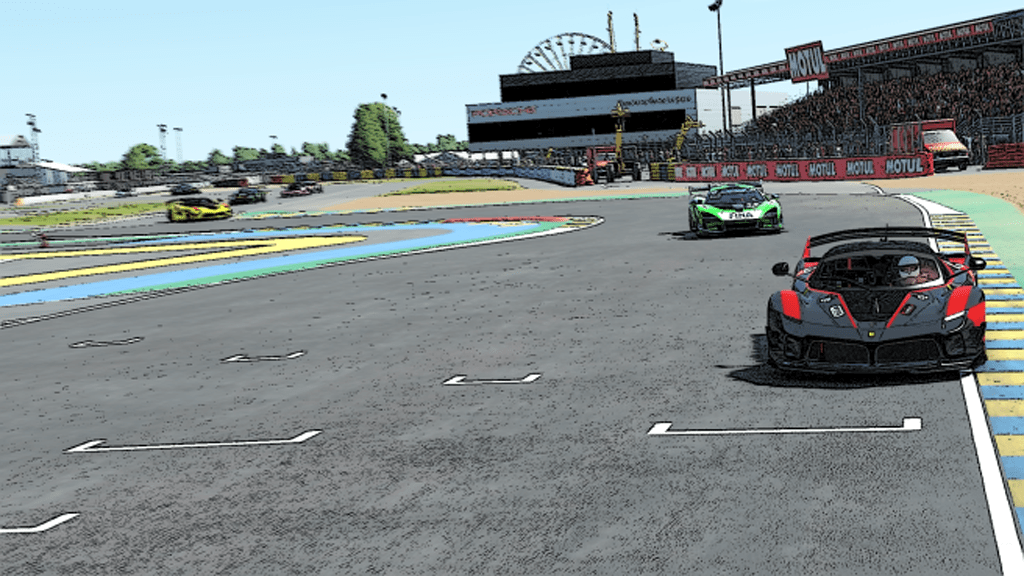 August 12, 2021 – It was a beautiful northwestern France and Le Mans for the 21 drivers of the VMSC making the trip for Round 7 of the championship after a quiet July. The Circuit de la Sarthe has been the scene of epic endurance races and with near-ideal conditions for racing, there was a high level of expectation amongst both fans and racers for another thrilling day/night chapter to be added to the storied history of the track.

The long-suffering Nissan fans were thrilled to see the GTR of Jason Whited claim the pole position with a 3:25.175. Well back in second was the Ferrari FXX-K of Brian Hall with a 3:29.37, with George Angelidis piloting his Ferrari to third in class.

John Maher led the qualifying in the AM field, taking his McLaren Senna of AM to a 3:29.654, with Ajay Ren and another McLaren in second and the Nissan of Ross Smith third, both a couple of seconds off Maher’s pace.

In the GTE field, it was a maiden race/maiden pole for Ernest Bernaldo in his Ferrari 488, his 3:52.282 outpacing the Ferraris of Jon Uyan and John Walker in the PRO category.

In AM, it was Morgan McCalister in his Corvette C8.R leading the field at 3:56.793, with Stu Barge and David Anderson at second and third respectively in their Ferraris. 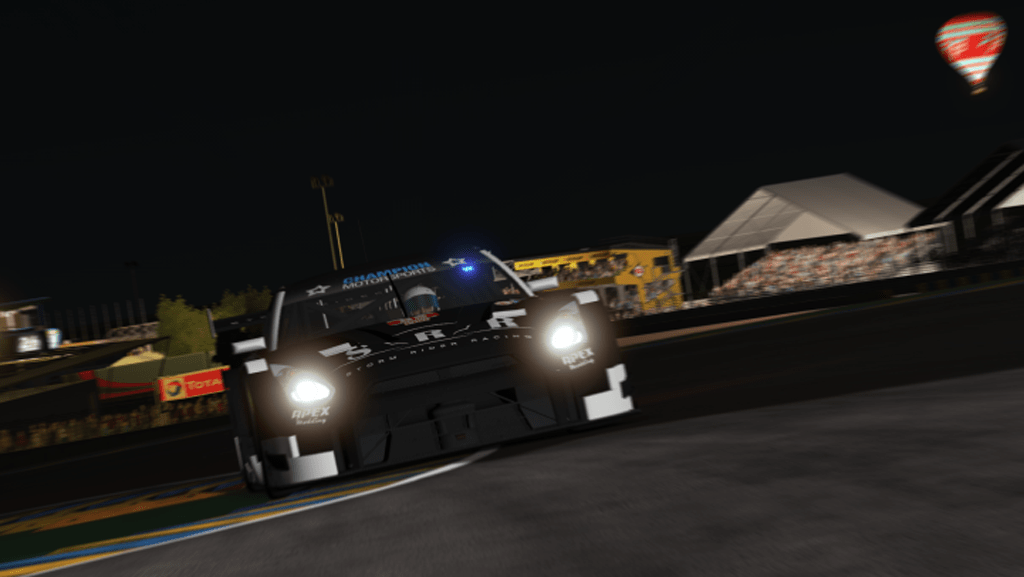 At the wave of the green flag on the exit of Tertre Rouge, it was elbows out and hard racing as the cars jostled to get clear of one another quickly. Whited used his track position to advantage, quickly putting a gap on his challengers, with Angelidis his closest pursuer by the end of L1 due to an off by Brian Hall.

The LMH midfield continued to jockey hard for position, with a bit of a ‘brawl’ at the Mulsanne corner and then the Indianapolis/Arnage complex on L2 that fortunately led to nothing major in either case.

Less happily, AM championship challenger Ross, having won clear of the LMH midfield, misjudged the entry into the Porsche Curves, washing into the gravel, then the wall and on the rebound collecting the McLaren of JT Tami who had moved quickly through the field from a position at the back of the LMH grid. While Tami was able to continue, it was a very dejected Ross that walked slowly back to the pit area, his race over.

By the end of the opening laps, it was the PRO and AM leaders at the front of the LMH race, Maher having passed Angelidis on L3.  AM driver Ajay Ren then did the same, with Whited, Maher, and Ren leading the race until L22.

A drive-through penalty for speeding in the pits ended Maher’s hopes for a race podium and a complete electronic failure put paid to Ren’s race, leaving the door open for PROs Angelidis and a resurgent Tami to fight for a position through the darkness as night fell, behind a dominant Whited – with Angelidis managing to hold onto second.

Maher, despite his woes, retained the AM win and fifth overall in the race, with Guiherme Bencke driving his Nissan to second in AM after a spirited battle late in the race against Matthew Overton and his Ferrari. 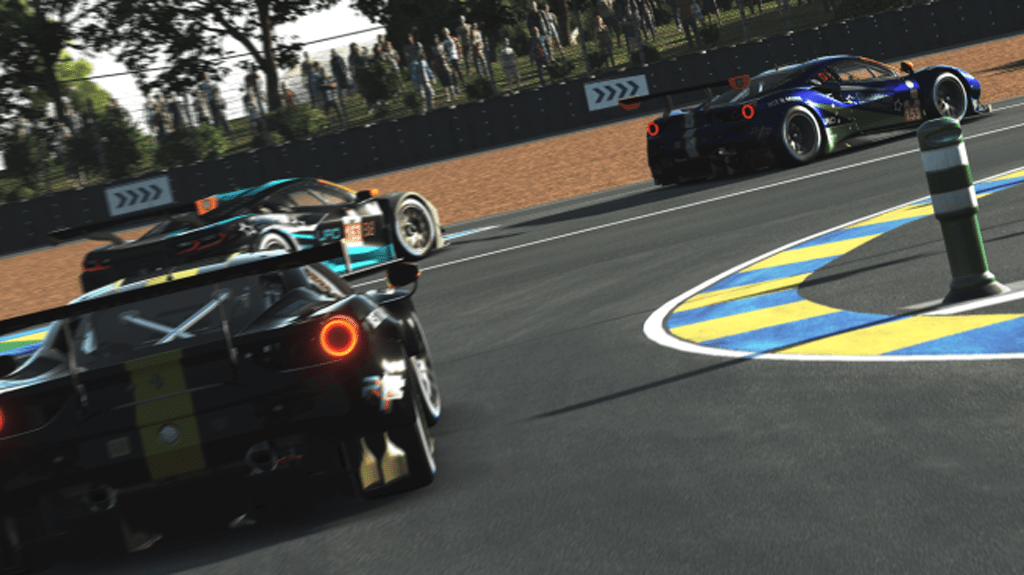 In GTE PRO, the all-Ferrari display continued where qualifying left off, with Ernest Bernaldo showing a clean set of heels to his challengers, leading from flag to flag and completing the maiden hat trick in his first NARS race.

While Jon Uyan led the class for several laps due to pit strategy, both he and James Walker had no answer to Bernaldo’s pace and had to satisfy themselves with second and third in class respectively.

The GTE AM story saw a much closer fight, with the Corvette of McCalister taking the race to the Ferraris of Anderson and Barge.

Within seconds of each other for the first half of the race, the gaps stretched out considerably as the race progressed, only to close up again quickly in the final laps. Despite being down 35s with only a handful of laps to go, McCalister was able to close up and pass Anderson as desperately tried to stretch his fuel.

Anderson, working what appeared to be a potentially winning tire strategy, was ultimately undone by his fuel, having to settle for second ahead of Barge after leading the class up until the penultimate lap. 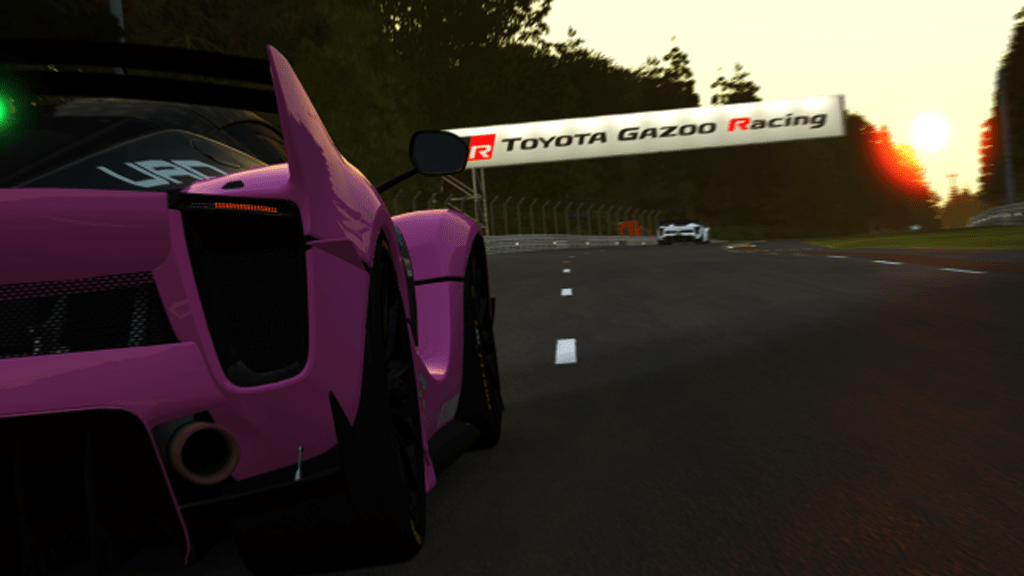 While it may not have had the same luster as some of the previous dominating performances earlier in the season, Ferrari still had reason to claim Le Mans as another significant win with cars on the podium in LMH and an almost complete sweep of the GTE honors.

The greatest successes in the race, however, were clearly that of the drivers, with three new race class winners – Jason Whited, John Maher, and Ernest Bernaldo, plus a second consecutive win for Morgan McCalister. While the top contenders in the four championships are still relatively comfortable, with four races still to go, final placings are anything but assured!

For the second race in a row, it was LMH PRO driver JT Tami that claimed the “Top Mover” honors, taking his start from the back of the LMH field to finish 3rd  overall.

The next race in the VMSC will be a return to North America and the 60 Minutes of Road America on September 2nd.