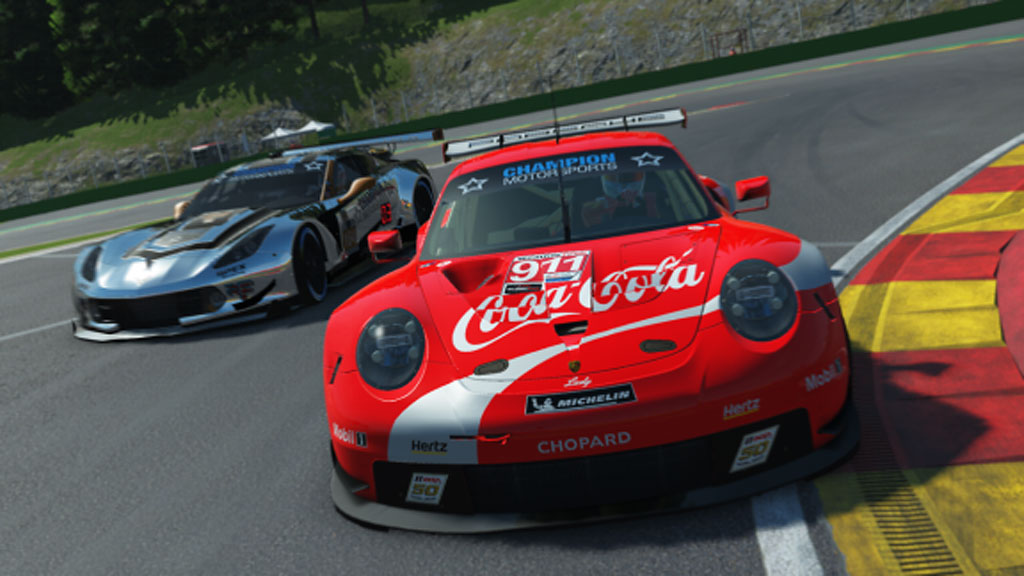 April 22, 2021 – The VMSC carried on with the globe-hopping nature of the series, stopping this time at the renowned Spa-Francorchamps of Belgium, home to some of the most electrifying sprint and endurance racing to be found anywhere.

Since the last event at Sebring, the teams and drivers have been hard at work to optimize their cars for the high-speed racing that has been a hallmark of this iconic track, all the more difficult with the imposition of an updated LMH BoP by the series officials, raising hopes for even closer competition as a result.

While many other CMS series have been bitten by the ‘spring rain bug’ while in Europe, the VMSC benefitted from clear skies which provided plenty of time for fine-tuning of the setups before the serious work of qualifying.

At the wave of the checkered flag for qualifying, it was Jason Whited and his Nissan at the top of the order for the second race in a row. The story of the LMH Pro class was however the arrival of a McLaren, at long last into the top three of the qualifying order, with JT Tami grabbing second place ahead of George Angelidis’ Ferrari.

Even more stunning was the pair of Nissans at the top of the LMH AM qualifying order, driven by Danny Corriveau and Ross Smith, both over a full second faster than the Ferrari of Matthew Overton, himself just slightly ahead of the McLaren of Ajay Ren and Nissan of Guilherme Bencke.

In the GTE qualifying, it was a pair of Ford GTs that claimed the top spot for both PRO and AM, with Ahmed Abdallah a full second ahead of the Aston Martin of John Nelson and then Pedro Gomes leading the AM field over another Vantage, this time driven by John Maher. 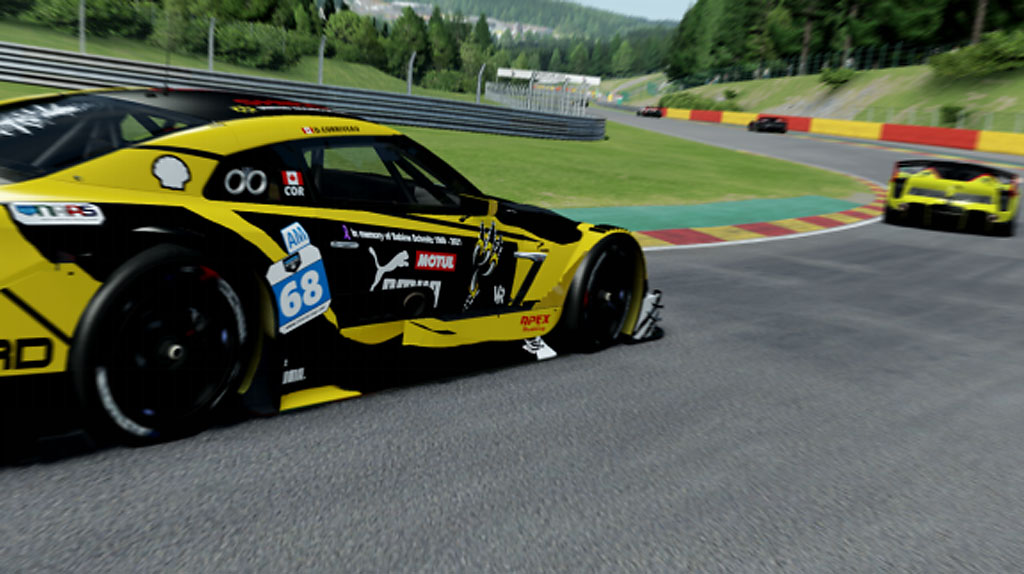 Both fields launched cleanly into the Kemmel Straight for an orderly and fast start to the race, carving in rapid succession through the first corners. A brake issue in Les Fagnes meant a drop of several positions for Smith however it appeared to be only a momentary equipment issue that did not require attention from the pit crew.

Elsewhere in the LMH fields, a rhythm was quickly established with barely 35s covering the top 9 cars by the time the first car dived for the pit at L14. Whited and Tami found themselves locked in a close battle through and beyond the pit cycle, barely a second separating the two cars well into the second half of the race with Norm Graf shadowing them only a handful of seconds behind.

A little further back, the Ferraris of Brian Hall, George Angelidis, and Matthew Overton were in tight battles with the Nissans of Corriveau and Smith as they weaved through the GTE field at speed.

After the pit cycle, Graf and Angelidis had put some distance between themselves and the others, with Graf gradually pulling away to overhaul Whited as well, who had fallen behind Tami due to a late drive-through penalty.

The AM battle between Corriveau, Overton, and Ross went very deep into the race, with Ross falling off the pace due to a partial spin in the bus stop chicane and Overton passing Corriveau on the final lap as the Nissan’s tires started to fade. 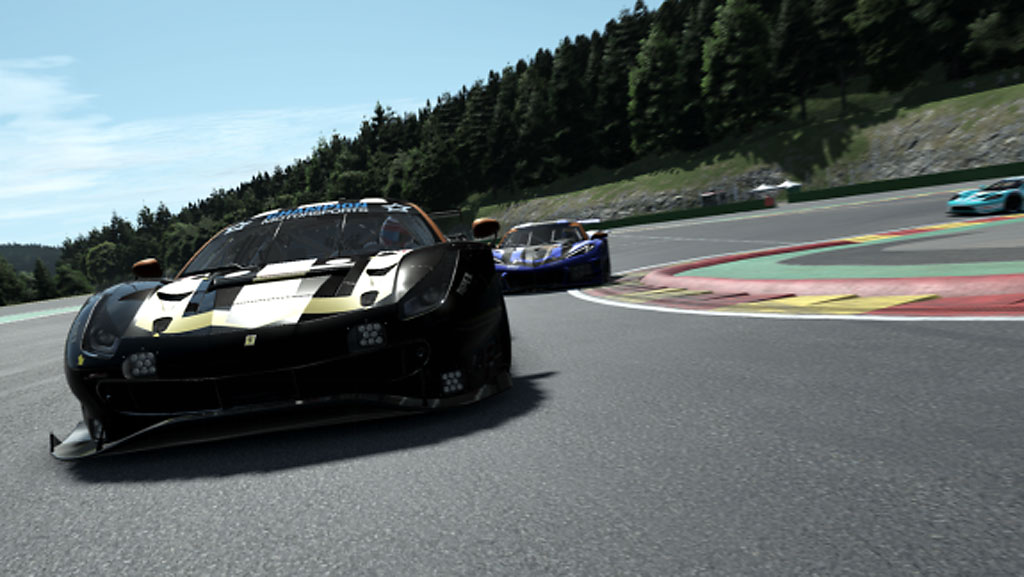 The PRO race was anything but standard, with series leader Ahmed Abdallah, due to a drive-through penalty, ceding the lead for a good portion of the mid-race to James Walker, closely followed by Jon Uyan. Some fine racing on his part brought him back to the front, however, claiming the win going away.

Uyan, despite a tangle with the LMH of Overton in Les Fagnes that cost him P2 in class at L21, fought back to reclaim the second spot on the podium despite a serious charge by James Walker in the final laps.

Throughout, the Porsche of Jerry Chan and Corvette of Colin Moore carried on a spirited race that saw them trade positions several times.

In the AM category, the fight of the race was between the Ford GT of Gomes and the Vantage of John Maher. While Gomes was able to build an 18-second lead well into the second half of the race, a brush with the Ferrari FXX of Brian Hall that had him bounce off the retaining wall meant an untimely retirement, leaving the race open for Maher to secure his first win of the series.

David Anderson, in his second event of the series, picked up second place with a solid drive, with Paul Ibbotson bringing his Corvette home in third after a race-long battle with Tom Nasella.

Once again, Nissan was left wondering what it was that needed to be done to convert qualifying pace into a race-winning formula.

McLaren however, celebrated their arrival on the top step of the LMH PRO podium with undisguised relief that their drought since a third-place at Daytona had been broken finally.

Also celebrating was Aston Martin, who could take their 1st and 3rd in GTE AM as a sign of having turned a corner themselves.

Also taking away a ‘virtual’ win for the race was Tom Nasella, who took his Ford GT GTE up the grid 6 places from his starting spot of 26th to bring home the ‘top mover’ award for the race.

The teams now pack up their cars and equipment for a return to North America and the street circuit at Long Beach on May 13th.

Championship
With now four races complete, the championship standings are as follows: