Race 1 featured a strong battle between Eduardo Beninca and Rich Hibbs, with Hibbs overtaking the polesitter on Lap 8 and never looking back. One lap later, Jon Uyan lost 3rd to a charging George Angelidis, who held onto the final podium spot against a strong challenge by Colin Moore. For the AM class, Frank Radosti grabbed top spot followed by Guiherme Bencke and Matthew Overton.

Race 2 featured the ‘best’ of BTCC racing with incidents devastating the top end of the grid even before T1. The chaos played straight into the hands of R1 winner, who by the end of lap 1 was already P5. Benefitting from a consistent pace and some errors by those ahead of him, at the chequered flag Rich Hibbs was leading Jason Whited by 4s. 3rd place finisher JT Tami, crossed the finish another 10s back. Within the field, the AM finishing order was Frank Radosti, Matthew Overton, and Paul Ibbotson.

In the PRO class, while Rich Hibbs takes the honors of a double win, it was Eduardo Beninca who came away as the biggest winner of the ‘weekend’, putting himself into the top spot of the championship over Jon Uyan. At the same time, JT Tami in third place, closed the gap to a single point, with Colin Moore and Jason Whited both gaining ground on Uyan as well.

Over in the AM class, Frank Radosti continues his dominance with another two class wins. The race for second continues to tighten, with Tom Nasella losing ground to both Paul Ibbotson and Guiherme Bencke, both now just 11 points behind him.

The next race weekend will be 12 Nov at Snetterton and it being November, perhaps some rain? 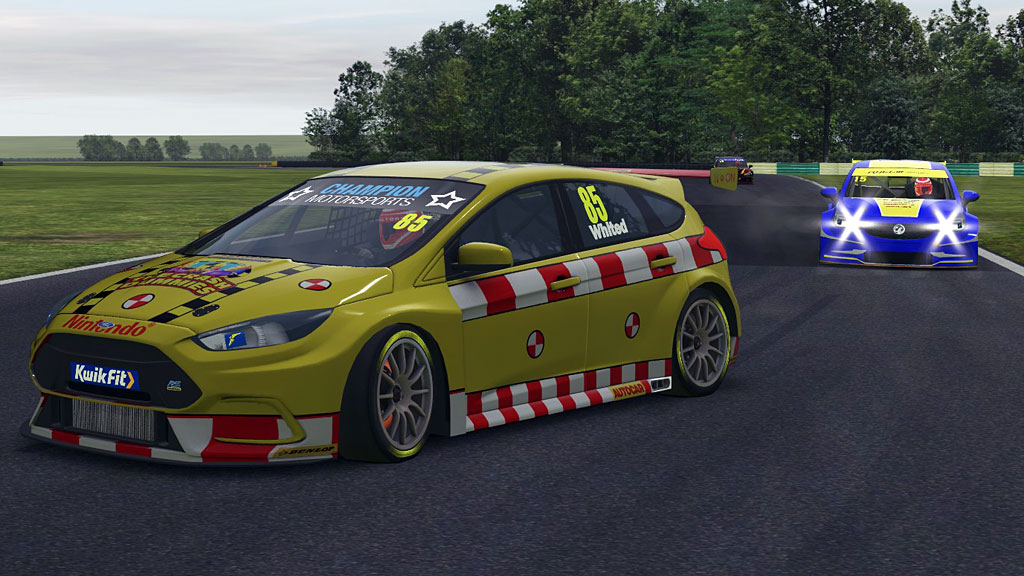