The FIA GT1 World Championship was a sports car racing series developed by the SRO Group and regulated by the Fédération Internationale de l’Automobile (FIA), held from 2010 to 2012. It featured grand touring race cars based on production road cars and conforming with the GT1 (2010–2011) and GT3 (2012) regulations competing in one-hour races on multiple continents. All cars were performance balanced with weight and restrictor adjustments to artificially equalize their performance. Championships were awarded each season for drivers and teams.

We shall be recreating some of the outstanding racing that was to be had in this exciting series, using an updated FIA GT1 2010 mod by Outl@w which features the GT1 versions of the Aston Martin DBR9, Chevrolet Corvette C6.R, Lamborghini Murcielago R-SV, Maserati MC12, Ford GT GT1, Nissan GT-R GT1. These cars will be paired with tracks drawn principally from the 2010 and 2011 seasons along with championship conditions that generally follow the GT1 framework at the time.

We’re also pleased to mention that Corti has provided us with an updated version of his Enna Pergusa.

Each venue will feature a qualifying session (rather than a qualifying race) and a 60 minute race, including a mandatory pitstop for fuel as well as live weather. 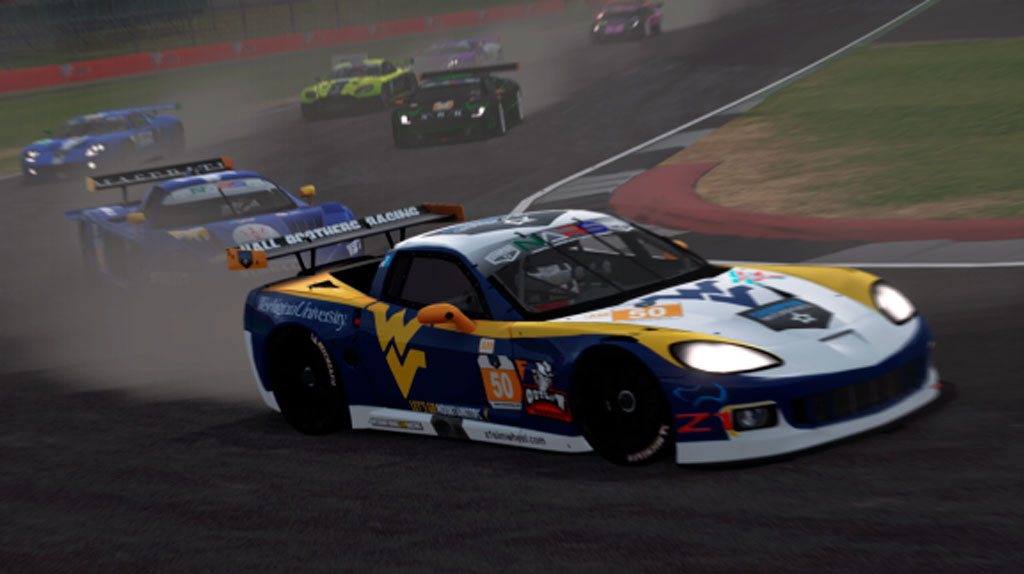 The 10 race schedule (9 for the championship) will be as follows:

In honor of the GT1 heritage, as a class raced at the 24h of Spa, the series finale at Spa will be a 2.4h race (10x time compression), with double points allocated to the finishing positions.

Drivers wishing to race must be subscribed to the NARS Steam Workshop item at:
https://steamcommunity.com/sharedfiles/filedetails/?id=2341079087

This will ensure the cars and tracks, except for paid DLC, will be downloaded and installed.

The final race at Spa-Francorchamps uses the S397 DLC and must be purchased:
https://steamcommunity.com/sharedfiles/filedetails/?id=2291867462

The Cars of the Virtual GT1 Championship 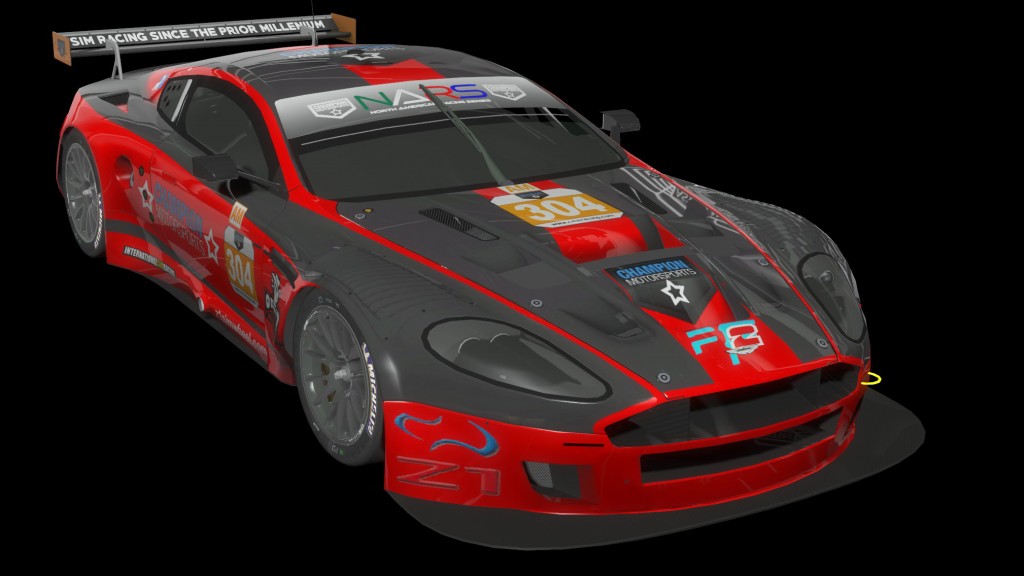 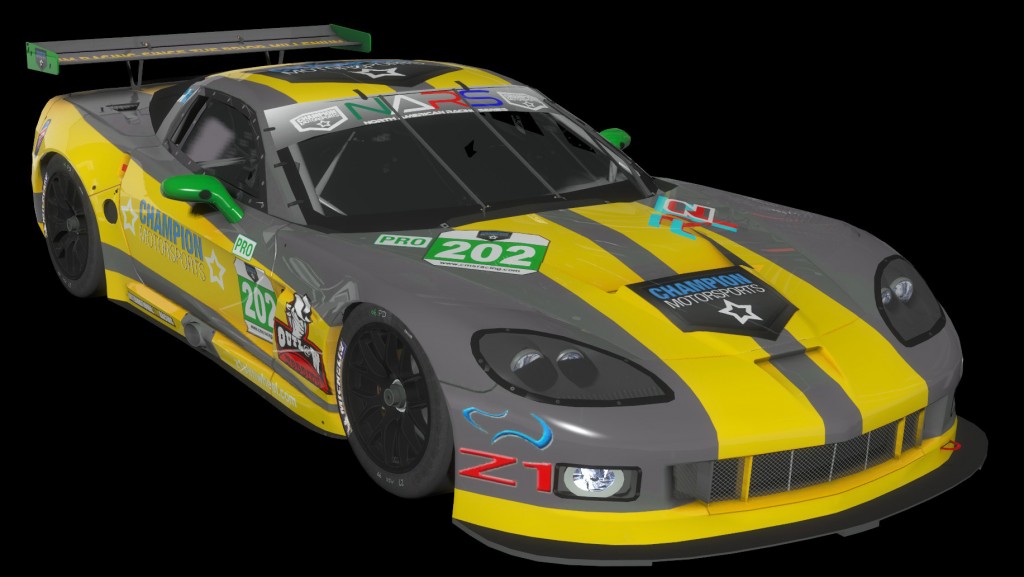 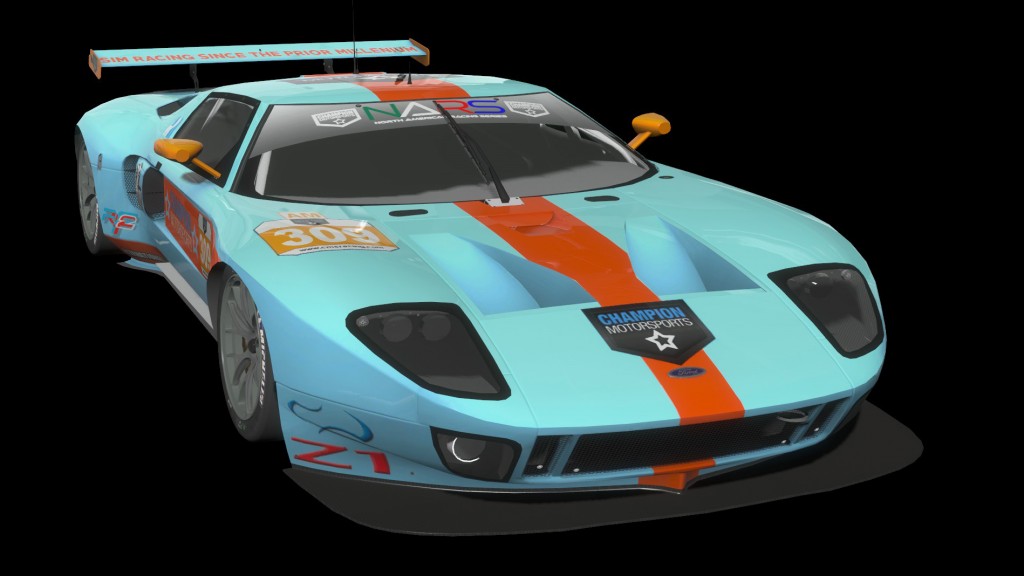 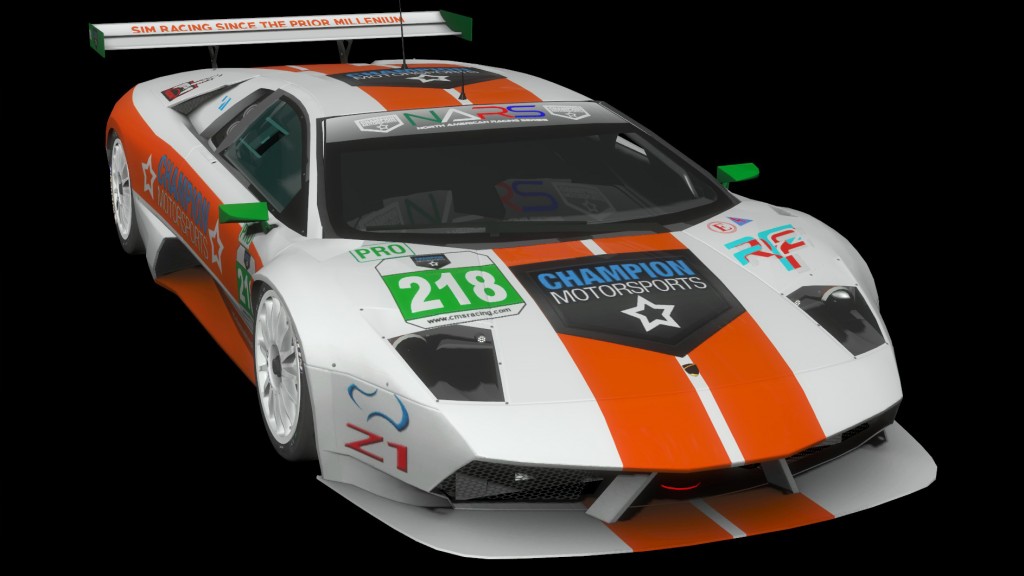 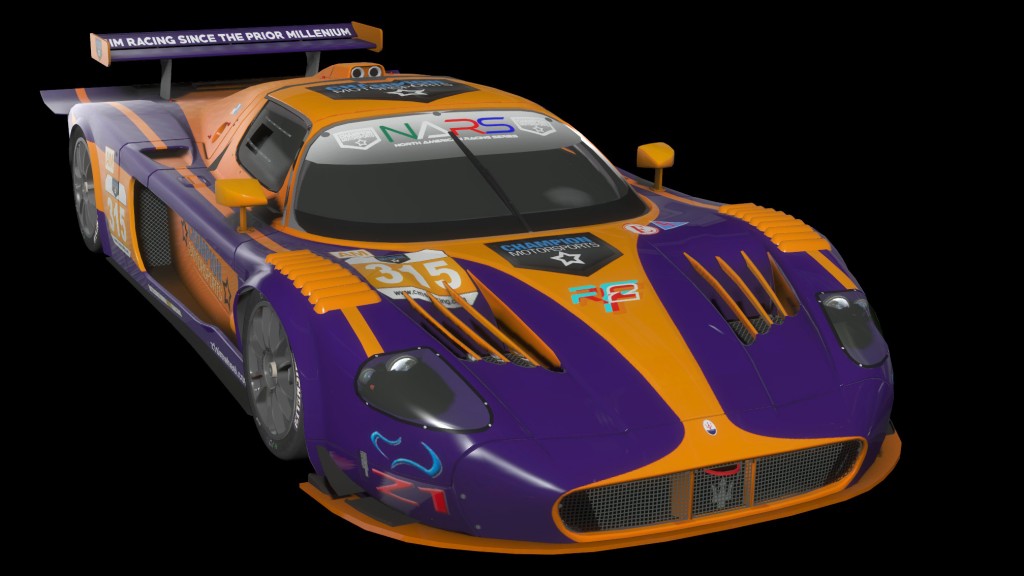 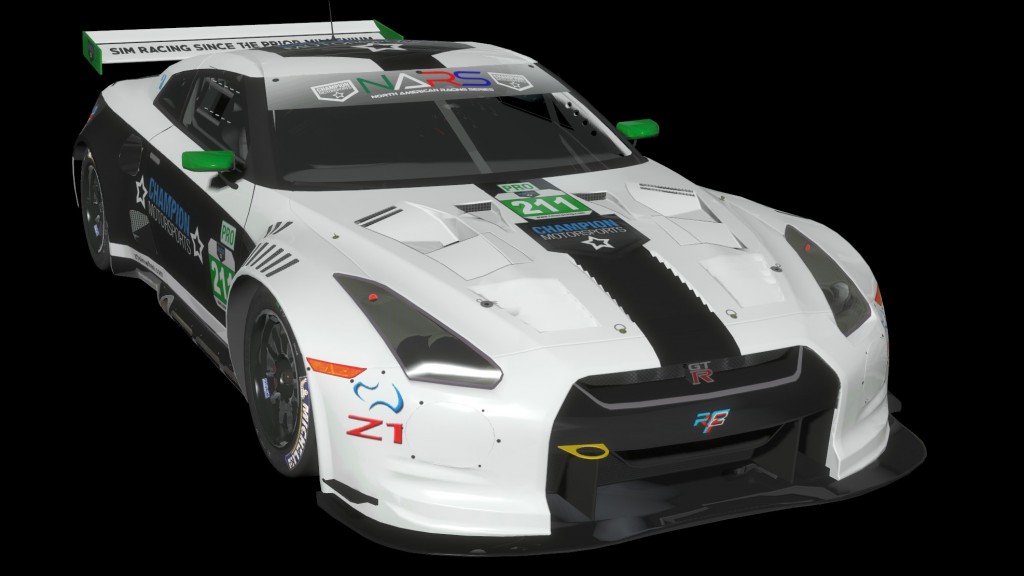 There will be two classes of racing – PRO and AM as follows:

Both classes may use AUTO CLUTCH

PRO: (intended for more experienced drivers or those who are aiming to compete at the top of the field): may not use any other driver aids.

AM: (intended for those new to racing, still working on their skillsets or finding that ‘finding the time’ for preparation is a struggle): may also use AUTOBLIP/LIFT as well as ABS and TC on LOW. NO other driving aids permitted.

Settings will be verified post-race using SimResults. A driver who has used aids in excess of those permitted for their class will be penalized 2 class positions in the race for each additional aid or level of aid used.

Drivers will be able to choose a class and make of car from within the mod. Once racing has started, a voluntary change of class or car during the series after the third event raced by the driver will forfeit all points accumulated to that time.

Drivers are free to enter either class of racing and are strongly encouraged to use the practice race as an opportunity to assess their abilities with the cars and thereby confirm the choice of PRO or AM.

NARS admin retains the right to suggest a change to drivers that are clearly in the wrong class based on their racing performance from their first two racing results.

Class changes by drivers due to NARS admin suggestions will have their driver championship points recalculated in their new class.

In addition to the individual driver’s championships, this series will recreate the spirit of the real world series with a team championship for driver pairs.  Each team must consist of a PRO and an AM driver and must be declared in the NARS #GT1-info channel prior to any points being accumulated as a team. There is no requirement for drivers to drive the same car type within the team although that is highly encouraged, as are team liveries!

Team points will be the total of the points gained by each driver in their class.  Should either driver change class through NARS admin action or voluntarily, the team will be disbanded.

Drivers may join in the racing at any time during the series without penalty. Teams formed after racing has started will start accumulating points from the point they declare their team. 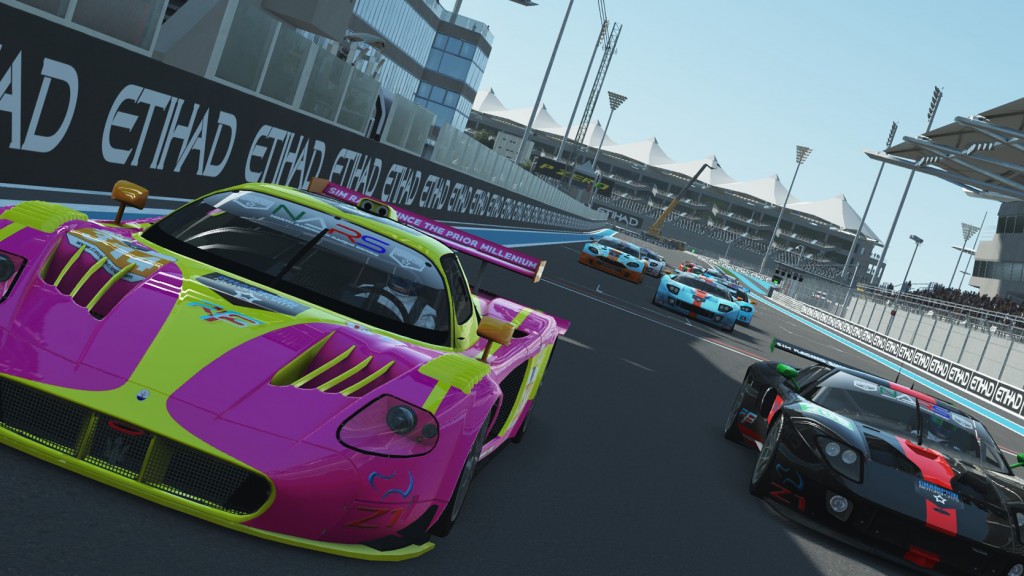 CMS standard liveries will be provided and drivers and/or teams are encouraged to paint their own custom liveries.  Templates will be pinned to the #GT1-info channel and will contain a number of required elements (PRO/AM designators, CMS/NARS banners, and numberplates plus several series ‘sponsors’) that must be respected.

Liveries with car #/team name submitted to Don Fryman BEFORE 15 May will be added to an update that will be distributed before the first championship race. Please ensure that you have used the right PRO or AM elements for your chosen class!

If a driver would like to ‘reserve’ a CMS-provided livery for the series, they will need to DM Matthew Overton with the current livery number and their preferred number (as confirmed on the NARS driver number list) and team name by 10 May to ensure that it is included properly for the update. Please ensure you are choosing from the class that you will be racing!

Custom livery loading for existing CMS cars through the use of loose skins will always be available, but please log onto the server a couple of days before the race so your file will get uploaded properly and avoid clogging the server on race day.

Points will be allocated in each class as follows:

For the 2.4h of Spa, timings will be advanced 30 minutes

There will be an OZ designated for each race in the driver notes that will be posted to the NARS #GT1-info channel and noted again in the pre-race brief. There will be an automatic review of the OZ post-race.

One mandatory pitstop during the race that must include taking at least 1L of fuel. Tire changes at this stop or additional stops are at the discretion of the driver. Drivers are to pit with their car centered on the right limit of the pitbox (using the pit crew as the center line) to avoid difficulties in the event of shared pits stalls.

There are no live stewards.  A post-race Incident Review Request may be submitted for adjudication with any resultant penalties to be served in the next race competed by the driver(s) at fault.  The IRR form may be found at https://cmsracing.com/incident-report/.

rFactor 2 system delegated penalties during races must be served.  Race control will ONLY have the capability to clear penalties and driver DQ during practice on the race server and then AFTER qualification but before the race.

Drivers are strongly advised to reboot their computers just before joining the server on race day. 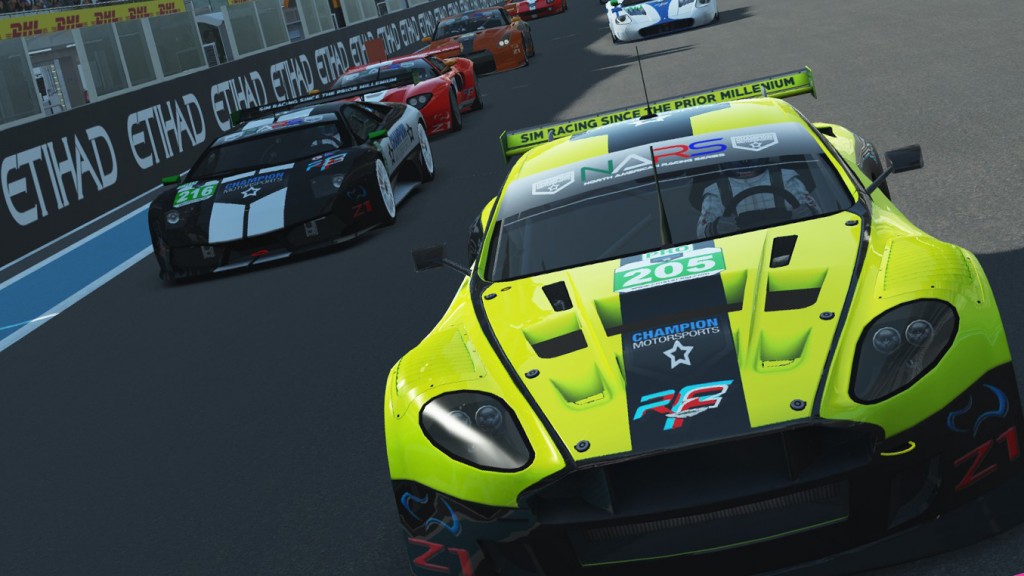