October 29, 2019 – After back-to-back DNF’s in the first two rounds of the MNRL F1 ’95 series, Jason Whited managed a surprising win at Magny-Cours. Bob Williams pulled out a nice second place finish, with Bruno Mancebo rounding out the podium. Points leader Allan Hellmann took and early and commanding lead, but soon ran into troubles that forced him to retire early.

Jerry Hamilton won in the seniors division, taking the championship points lead in the process. Peter Holm took P2, with Aaron Page rounding out the seniors podiums in P3.

The series heats up as we move into Round 4, which will take place at Silverstone in two weeks time. New but familiar faces move into the points battle as others face struggle. It’s far from over. 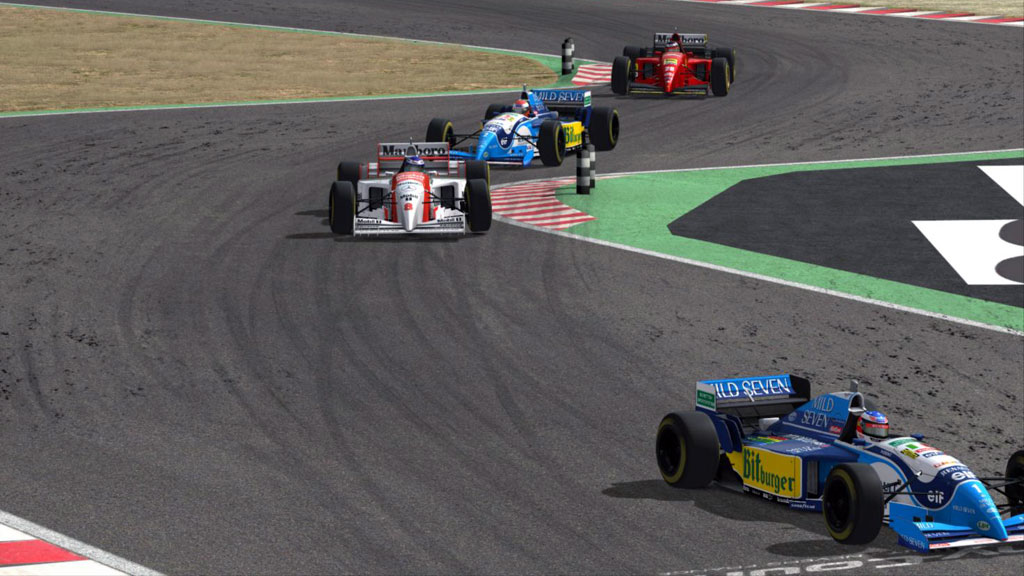