January 21, 2020 – The first, officially scored, MNRL Series 12 event is in the record books. The Camaro Club Challenge Series headed to the always exciting and highly challenging Barber Motorsports Park for the first two races of that series.

Joe Miller came out swinging, after taking the pole and winning Race 1. Janes Junior applied pressure for a large part of the race, but small errors forced him to abandon pursuit of the top spot. He retained P2, followed by Gilles Lalonde in P3.

In Seniors division, Peter Holm took the top spot while finishing an impressive P4 overall in the process. Jerry Hamilton took P2 and Tony Boynton rounded out the podium.

Race 2 saw a much improved start. Janes Junior took the early lead and led the entire race in his first ever MNRL win!

Jason Whited stayed collected in Race 2, after having very early troubles in Race 1 and finishing near the end of the field. He finished second.
Joe Miller rounded out the top 3.

Peter Holm drove to another victory in Seniors division, with an impressive drive that placed him P2 overall for a large part of Race 2.

Aaron Page finished P2, followed by Jerry Hamilton in finishing out the podium.

This series is still accepting new drivers, and the car has proven to be a challenge for all drivers, newcomers and veterans alike.

With 7 more rounds to follow, it should be an exciting test of driver skill. All are welcome! 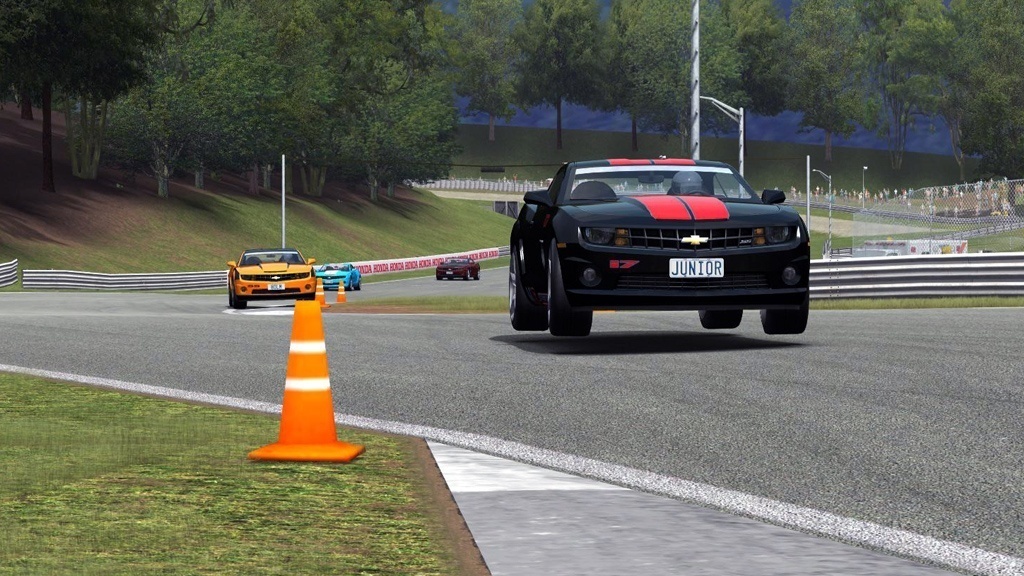