Jason Whited qualified on pole, showing his desire to keep the streak alive after winning both races in the first round of the series.

He managed to win the first race of the night, but the inverse grid and an incident involving multiple cars near the top of the running order put an early end to any chance of doubling down on this night.

Gilles Lalonde was able to capitalize on the inverse grid in Race 2. He took an early lead and maintained it to the end, leading all but the first two laps of the race.

Joe Miller secured P2 in both races, gaining all important points for the championship. He also maintains second in championship standings at this time.

Tyler Alan rounded out the podium in Race 1 and in Race 2, his father, Todd Alan secured the P3 spot.

In the seniors division, Jerry Hamilton picked up a nice win in Race 1 followed by a podium spot in Race 2 as well (P3).

Cadwell Park is the next track in this series and given the challenging nature of the circuit it’s expected we’ll see just as much variety in the running order as we have thus far.

You won’t want to miss it. Join in before it’s too late, this series is only just heating up! 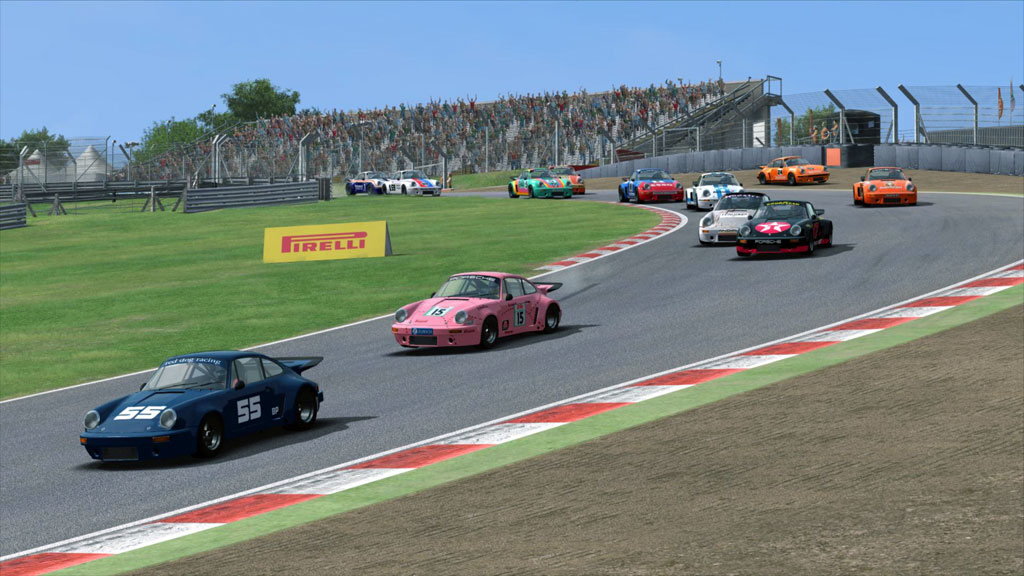