Seasoned drivers took to the front of the field, while newcomers showed early promise in what is surely a challenging car for nearly any driver.

Joe Miller set the pace early on, while pole sitter Jason Whited struggled at the start and fell back through the field in what was a chaotic first few corners. Surprisingly, nearly all drivers managed their way through the chaos without incident and the race was under way!

Newcomer Gui Cramer showed early promise, quickly finding himself in P2. A later, unfortunate incident, would see him eventually retire from the race early.
MNRL Season 11 Seniors Points Champion Jerry Hamilton won amongst the seniors group, while Whited (who’d spent a lot of time running P2) eventually chased down Miller and after a dramatic bit of struggle managed to take the overall win.

It was an exciting exhibition race and a teaser of the excellent action that will surely be seen in this high caliber series!

Round 1 of this series will take place on January 28, 2020 and registration is still open if you’d like to join in! All are welcome and invited! 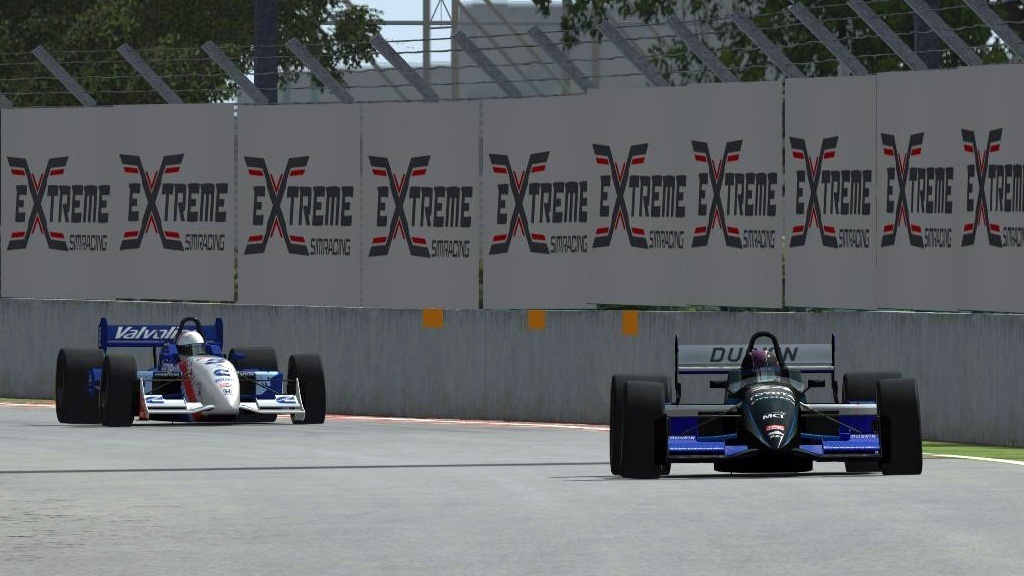