Originally planned for Tuesday evenings, the Champion Motorsports GT4 iRacing Series is now running on Wednesday nights on opposite weeks of the GTE/GT3 Series! With fixed setups, forced pit stops, and multiple classes, this series features tight racing running from August till Thanksgiving! 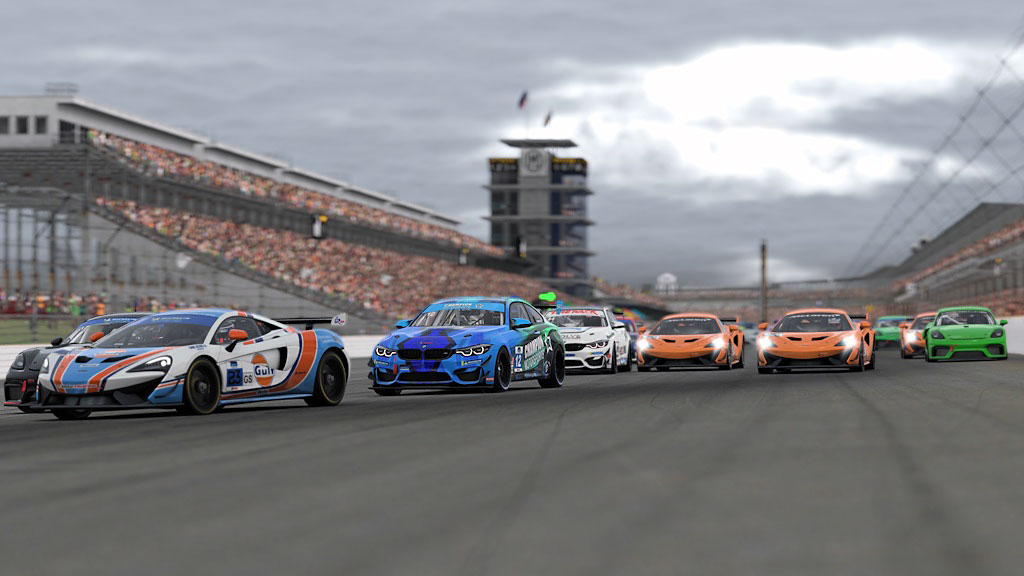 The schedule is as follows:

The 9 race Championship season will remove each driver’s lowest 2 race scores over the season:

Points will be awarded as shown above for each class separately, with two separate Championships, PRO and AM.

Drivers are allowed to make a single car change a SINGLE time voluntarily during the season, however, all points earned to date will be forfeited when they are moved to the new car or class.

Drivers that wish to change cars will need to notify the series Administrator before the server opens on race night. If the Administrator finds a car change without notification, points for that race will be removed and the driver DQ’d from the standings.

Drivers are encouraged to pick a car in the pre-season period and stick with it.

More than one car change will not be allowed.

This series has been created for one purpose only, friendly competition. While we have rules in place, we also don’t intend to add complications or pressure to perform on race night. We all started sim-racing from scratch, and regardless of your experience, we want everyone to feel welcome here. So please, come in and make some friends and we hope you have a great time!