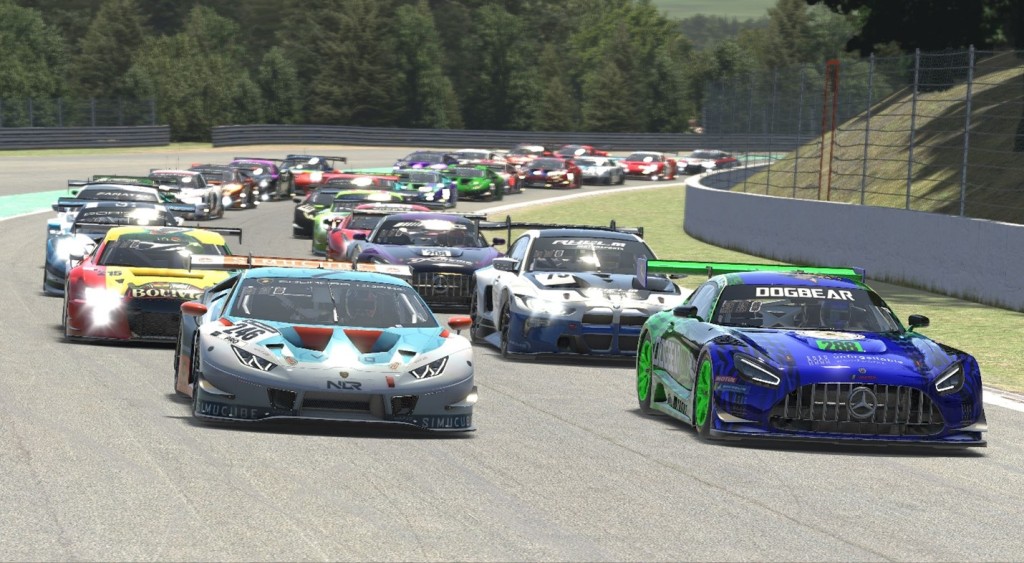 The long-standing tradition of Wednesday nights at Champion Motorsports reserved for an iRacing Series continued with the start of a new series, new format, and a field that was beyond expectations and the envy of many leagues.

It was a return to GT3 cars and Pro/Am classes that brought both old and new faces to the series for 2023, and with an astounding 54 cars taking the grid to start the season, the anticipation of a new season along with the field size ramped up the nerves for all that started the race!

The qualifying session would see Miguel Colon take the pole position with a fast lap of 2:16.601, edging out league newcomer Tyler Pinheiro only 3/100ths of a second behind, the two of them being the old drivers in the 2:16s! As the grid formed and moved out of the final chicane, the green lights put the official stamp on the start of the 9-race season.

The latest release of the GT3 cars brought about many changes from past seasons. In particular the new tire model that was tricky when cold and easy to burn off later. The cold tires would bite several drivers on the first lap leaving Humberto Roca, and long-time CMS member, in the lead. He would hold on for 6 laps before being passed by newcomer Pro driver Chris Brunnemer, driving the #03 Lamborghini, taking over the front spot. Behind him, Roca, Michael Parker and Dick Mueller would chase but only Parker could stay close with Brunnemer continuing to lead. 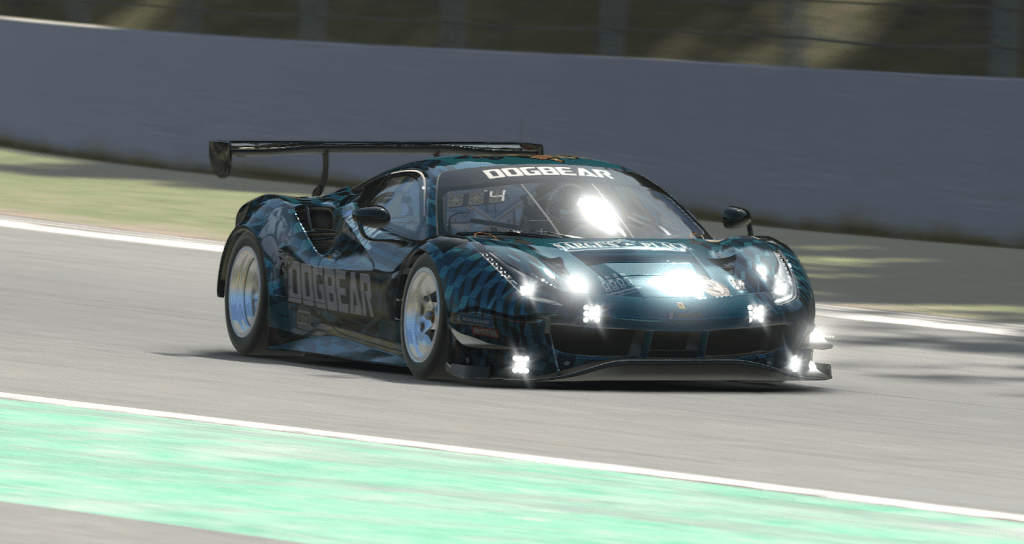 Claude Belval takes the Am win at the season opener

In the Am class, Tyler Pinheiro would spin at Radillon, leaving the battle for the Am class between Claude Belval and Rafael Sosa. At the end of the first lap, Belval would pass Sosa for the Am class lead, and from there hold that spot until the pit stops, when Sosa would jump out front. Once the pit stops cycled, Belval was back in front again running in the 4th place spot overall!

There were more self-spins, and a few dented fenders along the way. But even with this many drivers, many of whom have never raced together, and of the 54 on the grid, only 15 would retire from the race. By the end of the 75-minute enduro, 24 cars would finish on the lead lap with nine more only one lap down. 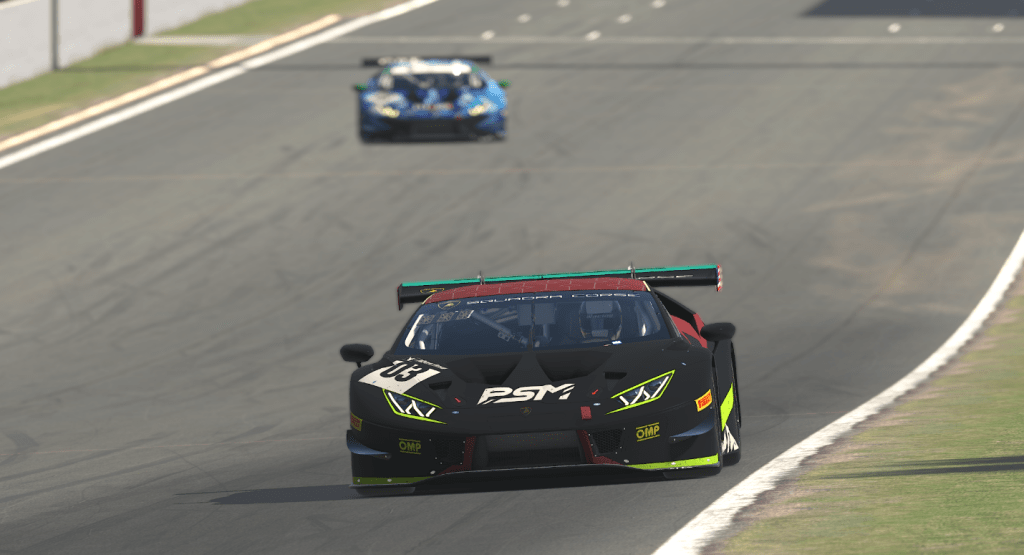 By the time the checkers fell, it would be Chris Brunnemer taking the overall and Pro class win over Michael Parker by just over 3 seconds, with Dick Mueller taking third place in the Pro class and overall. The Am class was led by Belval, taking the overall 4th position at the stripe. Sosa would finish in second place and 8th place overall, with Jun Martinez taking the final step on the Am podium.

This race was about endurance and consistency, but next week on January 11, the series heads to Red Bull Ring for our first Heat Race of the season!! Two short races, with points for each race and pitting will not be required. This will be a test of grit, determination and staying out of sight of the stewards after the race!

Catch the full broadcast of the race here!