April 1, 2020 – Who doesn’t love Belgium in the morning? This week’s GTE/GT4 Cup Series race started with the sun just over the mountains and with quite a chilly track temperature to go along with a 34 car field and the endurance length race, this event was destined to have a very interesting outcome with tire strategy playing a large part of the final standings.

Qualifying went as usual in the GTE class with Humberto Roca nailing a fast lap of 2:13.673 edging out Angle Ledesma by a mere 0.067 seconds for the top spot. In the GT4, Kurt Polter put in a fast lap of 2:30.659 to take the pole position in class, with Justin Hess starting shotgun missing the pole by a few tenths.

The race start saw many drivers pushing extra hard to make up for qualifying woes, and by the end of the first lap more than one car was already in the pits taking repairs. Out front, Roca saw Ledesma in his mirror for the first 5 laps, with the two trading spots the next few laps. The duel was interrupted when Lesesky D’Oleo worked past Ledesma for second place. On Lap 21 the leaders would pit, with D’Oleo staying on old tires and Roca taking new ones using his 17-second advantage prior to pitting aiding in the lost time for new rubber. Eventually Roca would take the lead back on Lap 27 and pull away for the win. Strategy paid off for D’Oleo with a second place finish, and Miguel Alcrudo finished in third after starting in 20th place.

The GT4 race had even more drama with Polter and Hess battling for the lead at the drop of the green, with the two swapping the top spot on Lap 6 and then again on Lap 15 when Hess would make his pit stop. After Polter made his stop, Jason Lundy assumed the class lead until Lap 20 when Polter would re-take the lead again and never look back. Falling back to as far as 7th in class, Hess would work his way back up to finish in second place, and newcomer David Shutt finished in third after starting fifth in class. This class has seen some close racing, and should be quite the battle for the championship.

After only two races, the GT4 class driver standings have Kurt Polter in the top spot, with Justin Hess only 6 points back. In third is JT Tami, with Douglas Ritter and Jason Lundy only a point or two back.

In GTE, Humberto Roca is 2 for 2 on poles and wins, and leads the standings by 18 points over Dion Smith who is having a great season so far. Only one point behind him is Lowesky D’Oleo in third, with Drew Lidkea in fourth and Angel Ledesma in fifth.

There’s plenty of racing left in this 8-race season, and our next event is scheduled for April 15th at Circuit de Catalunya, running the famed Historic layout at Night! This should be quite the race without daylight and the final chicane! 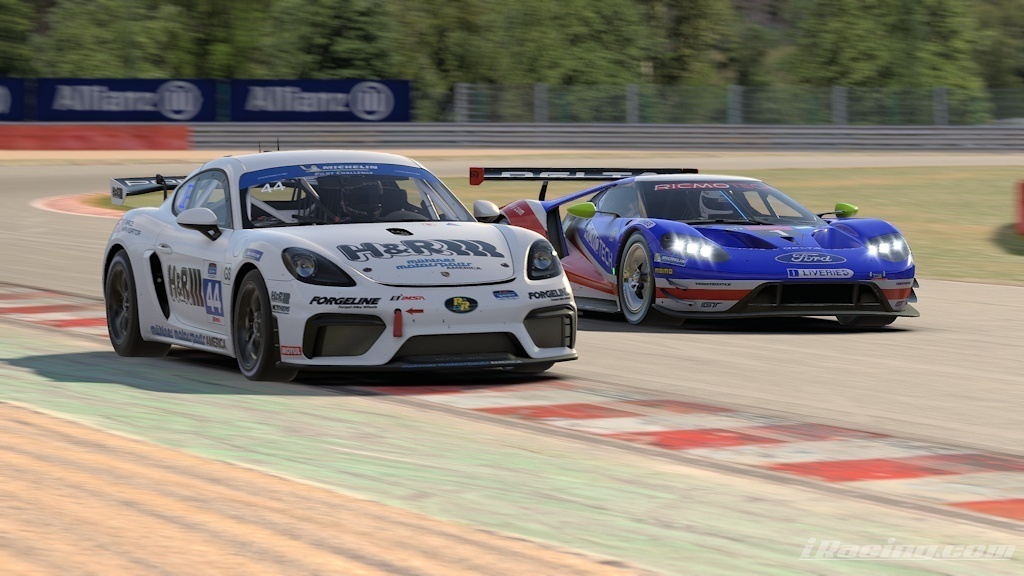