March 18, 2020 – The first race of a new season always brings about many questions…which drivers will excel, what’s the secret to saving those tires, and of course, what does it take to put my car in victory lane?! The questions were about to have answers as Champion Motorsports drivers, both new and seasoned took to the track at Sebring in the first official GTE/GT4 Cup Series race of the season!! The pre-season event two weeks ago at Road America was an awakening for many with the new Porsche Cayman GT4 as well as the updated tire models for all the cars in this series. The weather was warm, and the track a bit on the slick side with 34 drivers taking to the track!

Qualifying was a tight in both classes, with Humberto Roca taking the GTE and overall pole position edging out Angel Ledesma but a half-second, and in the GT4 class Kurt Polter grabbed the top spot in class by 0.6 seconds over JT Tami. With 24 GTE’s and 10 GT4’s taking the grid, the start would need to be clean.

The first lap had some cars sliding off track, but fortunately nothing terminal and they each rejoined the race. By midpoint the classes had stretched out into small battles, the closest of which was Polter and Justin Hess battling within a second of each other for the GT4 lead for most of the race. Roca stretched out his lead over Ledesma and began to slowly put distance between them by the end of the race.

As the checkered flag fell, it would be Roca winning by a margin of 46 seconds over Ledesma, with Carlos Ramos finishing in third to complete the podium in GTE. Only 8 cars would finish on the lead lap, a testament to the steady pace of Roca throughout his run.

The GT4 battle would continue until the waning laps as Polter would take the class win over Hess in a hard fought battle. The battle for the third spot was eventually won by JT Tami, with 7 GT4’s completing a tough race and setting the stage for a close Championship fight in the weeks ahead.

This series will head to Belgium next, for the first Endurance length race of the season at Spa-Francorchamps in what should be a very interesting race in terms of pit strategy for the 75 minute race length on April 1st. No joke, as this series has seven more races on the schedule! 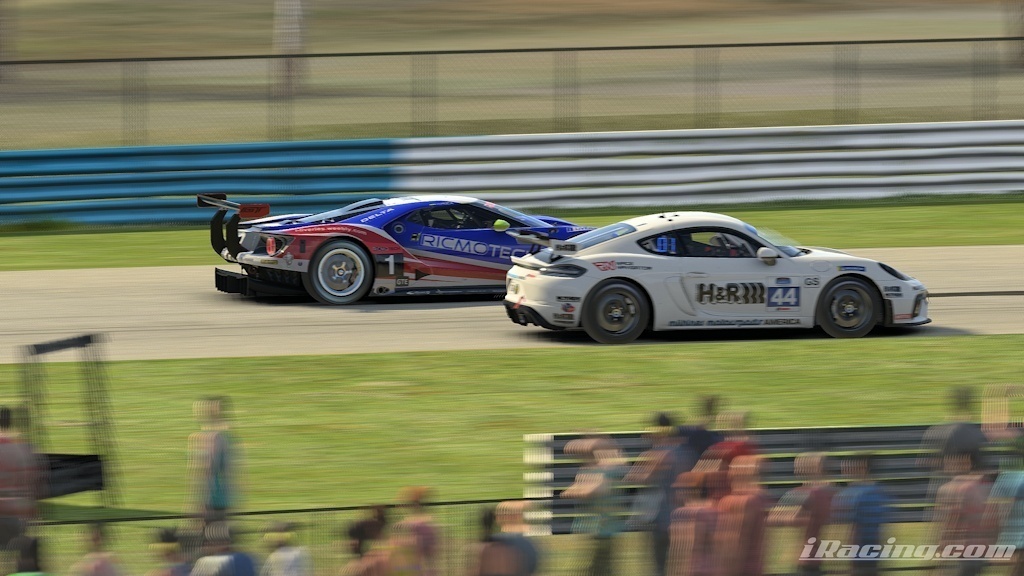