As the GTE/GT4 Cup season crests the halfway point, this week’s race took to the hills of Road Atlanta for the second endurance length event of the season. With the sun setting and the longer race length, nothing was for certain until the checkered flag fell.

The qualifying session was inadvertently limited to one flying lap, but it didn’t keep Kurt Polter from claiming the GT4 class pole once again this season, with a margin of 1.2 seconds back to Jason Lundy. In the GTE class, Humberto Roca took the front starting spot by half a second over Miguel Antonio Alcrudo, which would set up some crazy laps early in the race.

At the start Roca would lead the first 6 laps before encountering troubles, along with Alcrudo and Angel Ledesma and Miguel Alcrudo who also had issues early, and Rafael Sosa would take over the lead on Lap 7. Behind him, Kris Hudson would charge from the back of the GTE class field into second, catching up to Sosa and providing a close fight for the lead to the end of the race. After seventy-five minutes and 57 laps, Sosa would prevail over Hudson by a mere 0.35 seconds, taking his first win of the season! Finishing 9 seconds back, Lowesky D’Oleo had a steady pace to hold the podium spot till the end and add to his Driver’s championship title shot.

The GT4 class saw a tight battle in the first four spots with everyone doing their best to keep up with Polter, but by Lap 6 his lead would stretch out to nearly 10 seconds over Lundy who was under constant attack by Liam Park and Brett Stephens. The battle for second was eventually won by Lundy who managed to pull away from the cars behind him, and both Park and Stephens would have terrible luck leaving Tim Collier to take the third spot and his first podium finish of the season.

So after 5 races, the GT4 class Driver’s Championship has Kurt Polter firmly in the lead with 4 wins out of 5 races, JT Tami and Jason Lundy are tied for second place with Justin Hess only 2 points behind in fourth, and Kenny Rodriguez in fifth.

The battle in the GTE Class lead is very close with Humberto Roca in the lead, Drew Lidkea in second only 4 points back, and Dion Smith in third not far behind Lidkea. Peter Hebron holds fourth place with Matthew Overton only two points behind in fifth.

This series will head to the streets of Detroit next for the Belle Isle Circuit. This event is scheduled for May 27th and will be one to watch! 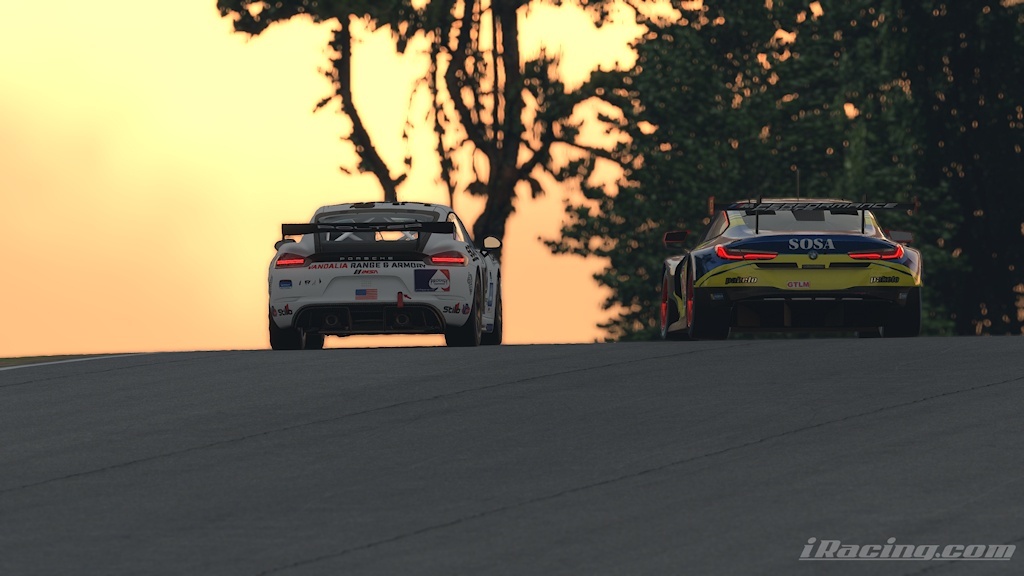