May 6, 2020 – On a beautiful Fall afternoon in England, the Champion Motorsports MX-5 Club Series met to take on the full circuit for the seventh race of the season. If there’s one thing about this series that proves to be true, even 30 minutes is more than enough time for plenty of racing action.

In the qualifying session, the TCR class would see Kris Hudson grab the pole by almost half a second with a lap time of 1:34.096, edging out JT Tami who would start alongside on the front row. In the MX-5 class, Samuel Scott would take the top spot from Kurt Polter with a time of 1:41.955, a half-second over Polter to lead the MX-5 field at the start.

The race start was smooth, with plenty of racing throughout the field, but upfront Hudson would lead the first two laps until Lap 3 when Tami would take the lead for two cycles. Then, after starting in fifth, Miguel Antonio Alcrudo would move up to grab the front spot on Lap 5, with Tami and Hudson right behind him. For the entire race, Hudson and Alcrudo would battle nose to tail, and on the final lap Alcrudo would hold off Hudson for the win by a margin of 0.28 seconds! JT Tami only a few seconds behind would grab the third spot and valuable points in the driver’s championship.

The start in the MX-5’s also went smoothly, and upfront Scott would hold the lead for the first three laps of the race with Polter not far behind him, along with Jason Lundy who had a great start to move into position in the draft. On Lap 4, Polter would take the lead and had a rear-view mirror full of Scott for most of the race. A small slip by Lundy would allow Tim Collier to move into third, far out of contention from the leaders. In the end, Polter would pull away for his third win of the season, Scott finishes in second place and Collier grabs his first podium of the season with a third-place run.

After 7 races, with one race result dropped, the Driver’s Championships are close with battles for the top 3 spots still up in the air. In the MX-5 class, Kurt Polter sits atop the standings, Samuel Scott in second place only 10 points back, then a tight battle for third place with Drew Lidkea, Tim Collier, Peter Hebron, Kenny Rodriguez and David Anderson all within 15 points!

In the TCR class, Brian Szabelski holds the first place spot despite a rough race, with Miguel Antonio Alcrudo in second only 3 points behind, JT Tami in third another 4 points back. Liam Park is in fourth place three points behind Tami, and David Slee rounds out the top five.

The next race for this series will be the second endurance length event of the season at Virginia International Raceway North Circuit on May 20th. This 45-minute race could make or break the season for some of our drivers, and a pit stop will be required so this should be a very interesting race indeed! 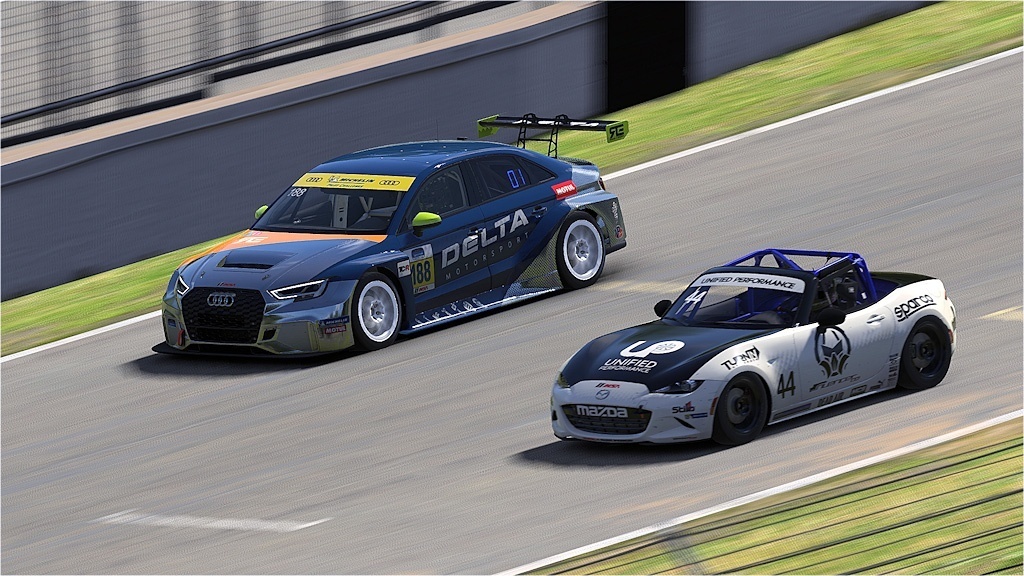