April 15, 2020 – One of the greatest things about GT racing is the fact that the cars have headlights because not every course is lit for night racing without them. This opens the door for duels in the dark such as the GTE/GT4 Series pulled off this week at the Circuit de Catalunya in Barcelona, running the historic layout.

In qualifying, the GT4 class top spot was the sole property of Kurt Polter once again winning that front starting spot by more than 2 seconds!! In the GTE class, Dion Smith would take the overall pole position by a half-second after leading the field in P1 as well. The start was uneventful, and as the GTE’s jockeyed in the dark to gain ground on Smith, there was also the possibility that some GTE’s would take tires and others would not.

Smith would lead the GTE class until Lap 10 when Drew Lidkea, who started 5th in class, made the pass for the lead, but only held the spot for 2 laps until Smith took it back! During the round of pit stops, Smith had an issue and lost major ground to Lidkea, and Matthew Overton would move up into the second spot. Lidkea’s lead would slowly fall as his gamble on old tires was compounded when a worn LF tire slowed his pace, and with one lap to go Overton and Smith would fill his rearview mirror for a final lap duel. As the trio exited the final turn, Lidkea would hold off Overton for the win, and Smith would take third with a remarkable drive and recovery.

In the GT4 class it was business as usual for Polter, who after starting from the lead in class would pull out to a 12 second lead over JT Tami by lap 9. Polter would lead every lap except one, which was during his pit stop, and in the end won easily and continued to build upon his points lead in the Driver’s Championship. In the second place, JT Tami would have his best finish of the season so far and behind him Jason Lundy finished in third and continue his climb in the points battle as well. Ironically, the three drivers on the podium would be the top 3 in the Driver’s Standings after this event.

The next race in this series will be on April 29th at the tight and twisty Mid-Ohio Sports Car Course as we near the halfway point of the season. The racing in this series has been top-notch, and there’s plenty left to go. 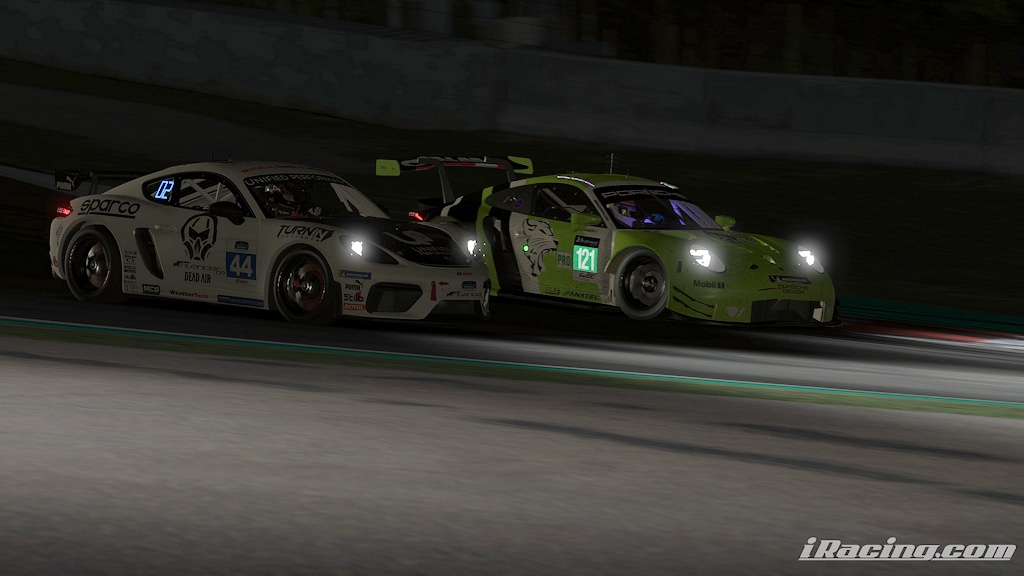