Champion Motorsports is pleased to enter into an exciting partnership with SRO Motorsports Group and GT World Challenge to host the official 2020 GT Rivals eSports competition.

Over eight weeks, many of the world’s best Sportscar Racers matched up with drivers from Champion Motorsports in an exciting series of races broadcast live by SymTV and GTWorld. The series featured Assetto Corsa Competizione as the virtual racing platform. Drivers participated in their real-world GT3 counterpart machines at iconic tracks globally. CMS, with over 20 years of experience in simulation racing, was happy and honored to be selected to help bring these special events to the motorsports community.

Congratulations to the podium and especially to our drivers who well-represented CMS!

Round 1: Laguna Seca Goes to Heitkotter

Round 1 of the inaugural 2020 GT Rivals eSports competition series is now in the book. Congratulations to Bryan Heitkotter for the overall win in his Nissan GT-R Nismo GT3.  We are also proud that our selected drivers from the Champion Motorsports sim racing league completed a trio of top 15 finishes. Led by Tomas Lastre with a 2nd overall in the Bentley Continental GT3.  Tomas was joined by JT Tami in the Lexus RC F GT3 with a solid 8th place finish. Rounding out our trio in the top 15 was David Anderson in the Porsche 991II GT3 R with a solid 13th place finish. A shout out as well to our two other participants Keith Briscoe and Drake Burgoon who both also ran very strongly before having trouble prior to the end of the race. Champion Motorsports is pleased to host the series with SRO Motorsports Group and GT World Challenge.

Round 2: Josh Staffin wins at Misano

Champion Motorsports would like to congratulate our own Josh Staffin for his stellar win at Misano in round two of the SRO America GT Rivals esports competition. Josh led flag to flag and put on an amazing display of driving holding off a very strong field of professional racers and established sim racers. Also a shoutout to our drivers Takis Weekes and Dirk Groeneveld for their finishes in the top 5 as well. Next week the series goes on to Paul Ricard where things are sure to heat up even more.

Round 3: Silverstone Goes to Heitkotter

We would like to congratulate Keith Briscoe for his 4th place finish this past week at the GT Rivals Round 3 race at Paul Ricard. Keith was the highest finishing member of the sim racing community from Champion Motorsports. The race was the first event to feature night-time racing and was a spectacular display in Assetto Corsa Competizione. Bryan Heitkotter from the GT4 America Series would claim his second win in the GT Rivals competition, backing up an earlier win at Laguna Seca in Round 1.

Round 4: Another win for Bryan Heitkotter at Spa-Francorchamps

Round 4 of the SRO America and Champion Motorsports GT Rivals eSports Championship has concluded at Spa. A huge congratulations to Bryan Heitkotter for completing a hat track with his third win in the series, in four races, and second win in a row. Bryan has been hard to beat, and his experience of sim racing and real-world motorsport experience has proven invaluable in these contests.

Just behind Bryan and providing a lot of pressure throughout the race was Dirk Groeneveld from our Champion Motorsports league. This was the first podium of the championship for Dirk and we are very proud that his second-place finish was the highest amongst the five sim racers in the field. Way to make us proud Dirk!

Round 5: Suzuka Goes to Heitkotter

Bryan Heitkotter continued his dominant display of driving in the GT Rivals eSports Championship with his 3rd win in a row, and 4th in five races at Suzuka. However, this race he was met with the most pressure to date, including a very exciting and intense battle with Blancpain GT Champion David Perel providing heavy pressure before a highly debated call from the stewards would drop David back paving the way for Bryan to take the victory.

Additional pressure was provided by Champion Motorsports Driver Branden Oullet who would qualify on the pole in his Mercedes AMG GT3 car. Branden ran very close upfront before an issue in the famed 130R turn would drop him back. But a strong battle back would have him end up on the podium, a result that we are immensely proud of for Branden and CMS!

Round 6: Heitkotter pulls another win at Barcelona

Oh so close, yet oh so far away. That is how Josh Staffin from CMS feels after what was so close to his second victory at GT Rivals Round in Barcelona this weekend. Josh would lead for the majority of the race, at the drop of the green flag, with the strongest field to date chasing him. It looked as if Josh would represent the sim racers in the field with their second win in the series, which unfortunately he tangled late in the event while lapping a backmarker in the event. The issue had Josh stall the car and it allowed his five-second gap to be closed and taken by Bryan Heitkotter, who again put himself in position for an amazing win, his 4th in 5 races and 3rd in a row in the series.

Next week the series will get its toughest challenge to date as the drivers will go down under for a trip to Bathurst to tackle Mount Panorama, in what is sure to be a wild and very thrilling event to watch. Tune in at 3 PM CST on 5/24 for Round 7. 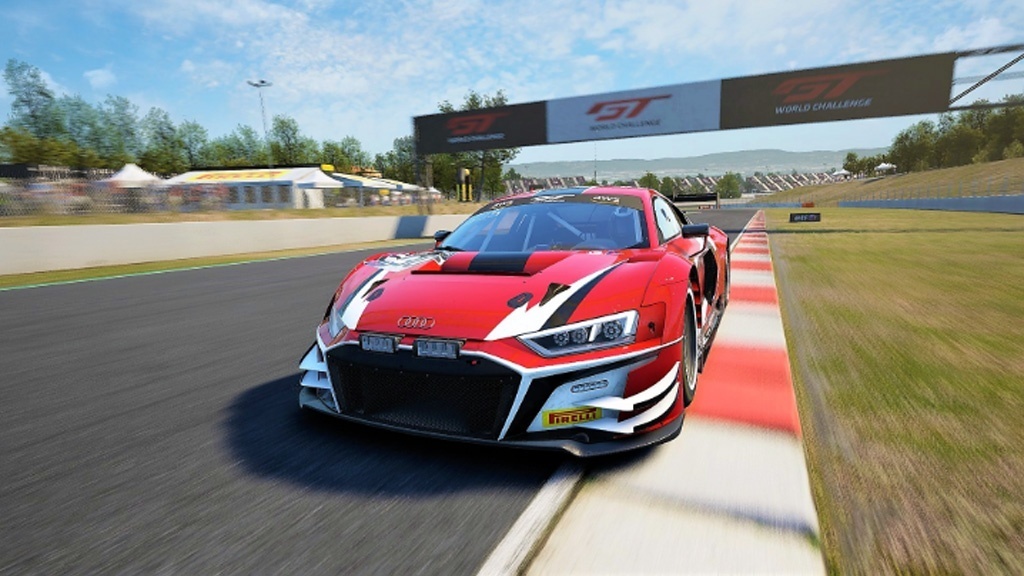 Round 7: Wittmer Wins, and Tami Takes Top 5 at Bathurst

A huge congratulations to Karl Wittmer for an impressive drive up the mountain in his victory at Bathurst in Round 7 of the GT Rivals Series this week.  It was a huge win going into the season finale at Kyalami for Wittmer who will be strong in the last race of the year to crown our Champion.

Also making his way into a guaranteed spot in the finale at Kyalami was Champion Motorsports Driver JT Tami with an impressive 5th place finish.  Tami has been a mainstay at CMS as well as the series and we are very proud for him to be one of our drivers representing in the season-ending race. 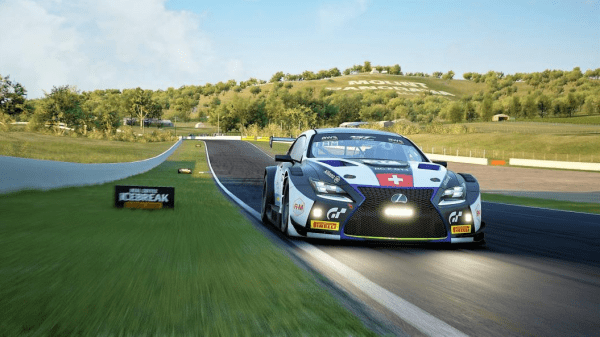 Round 8: Perel holds off Charging Heitkotter in GT Rivals Finale at Kyalami

And that’s a wrap!  The inaugural GT Rivals Series presented by SRO America and Champion Motorsports is in the books.  The finale race this past weekend saw a fitting finish with an amazing last-lap battle.  David Perel would hold off Bryan Heitkotter on David’s home track Kyalami in a thrilling finish to both the race and the series!  At Champion Motorsports we feel very honored to have been selected to administer this series for SRO and are excited for what may come next.  Talks are already underway about a special endurance event this Summer , and perhaps more GT rivals esports racing in the near future.  In the meantime, be sure to check out our Monday Night Assetto Corsa Competizione league to get involved with us in racing like this weekly for all skill levels.

Congratulations to the many CMS drivers who participated in the eight races of the 2020 GT Rivals Series!