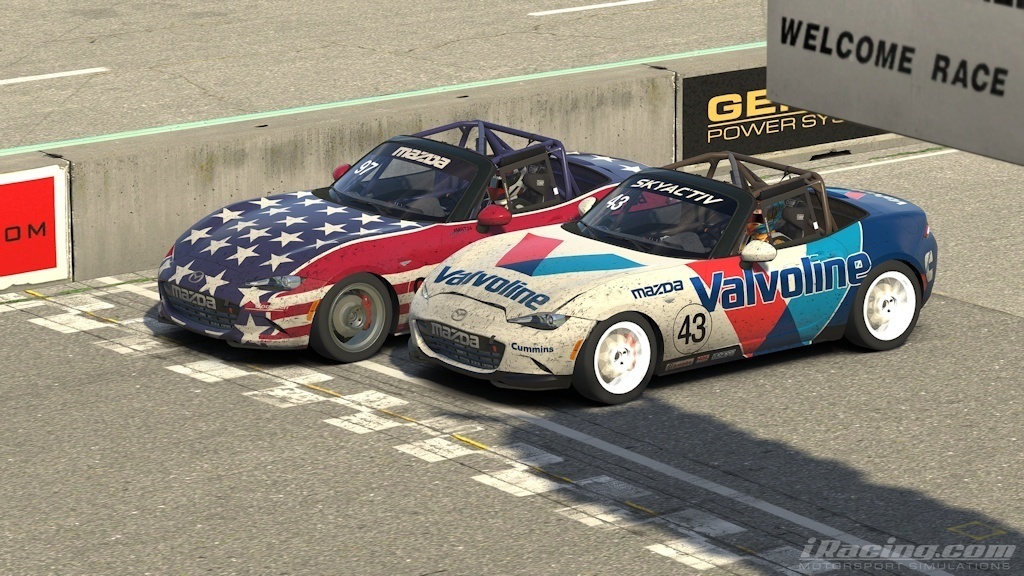 Through the first half of the race, Mac, Scott, Kris Hudson and JT Tami would swap the lead as Darling worked his way to them and took the front spot. With two laps to go it was still anyone’s race as the 5-car pack went two-by-two through the first 3 turns leading onto the downhill straight. As the cars went three-wide, eventually leading to Darling sideways across Mac’s nose, into Scott taking Scott and Darling out of the running. Hudson and Tami took advantage and pushed into the top 2 spots. The two would trade positions all the way to the checkered flag, where Tami executed a draft pass on the uphill straight to the finish line, taking the win from Hudson by 0.014 seconds! Mac would finish in third continuing his exceptional season and string of podiums.

After four races, it’s Tami in the points lead over Mac by a slim margin, and Hudson in third. Our next MX-5 race is August 14th at Monza Junior!