A final lap battle, with side by side racing in the Porsche Curves, ended with Alcrudo taking the win by a mere 0.379 seconds over Scott, with Tami right on his bumper. The finished as they started, and was the first win of the season for Alcrudo who pushes himself into the points battle with only four races to go.

After a week off, this series will meet for Race #7 on September 18th, with an announcement for the remaining schedule coming soon. 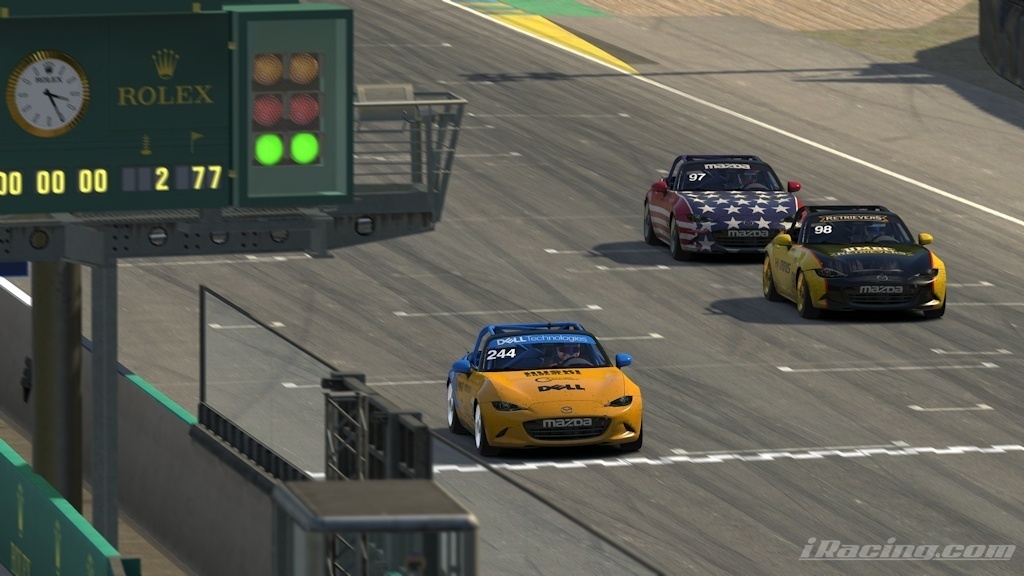