September 25, 2019 – This week’s CMS-TXL GT3 Series drivers took on the tough and twisty Twin Ring Motegi GP circuit under the lights. Paul Darling took the pole with a 1:47.528 lap time, beating out Leif Peterson by just over a tenth of a second. Samuel Scott started third overall, taking the top spot in the AM class, and Tyler Holhubner grabbed the Silver class pole, starting 11th.

The field took the green as the sun disappeared, and the same story was happening up front as Darling paced away from the rest of the field for a commanding lead and eventually a nearly one minute win over the rest of the field. Behind him, The Pro class battle for second was broken up by D’Oleo who not only won the AM class but also finished in second overall. Kenneth Rodriguez finish in third overall, and second in the Pro class, with Peterson taking the third step on the podium.

Not far behind D’Oleo in the AM class, JT Tami worked his way through the field to finish second in class, and Jay Steffey would once again grab a podium finishing in sixth overall and third in class.

The Silver class was quite the duel between pole winner Holhubner, and points leader Andrew Cheslock. Holhubner would spin early, but work his way back to Cheslock before pit stops broke up the battle. Cheslock would win the strategy battle and take the class win, with Holhubner taking second with a long pit stop. John Prince put himself on the podium yet again, his 3rd of the season in 8 races.

In two weeks the GT3 Series heads to Germany where the Nurburgring GP Strecke is awaiting, with only 2 races left in the season. 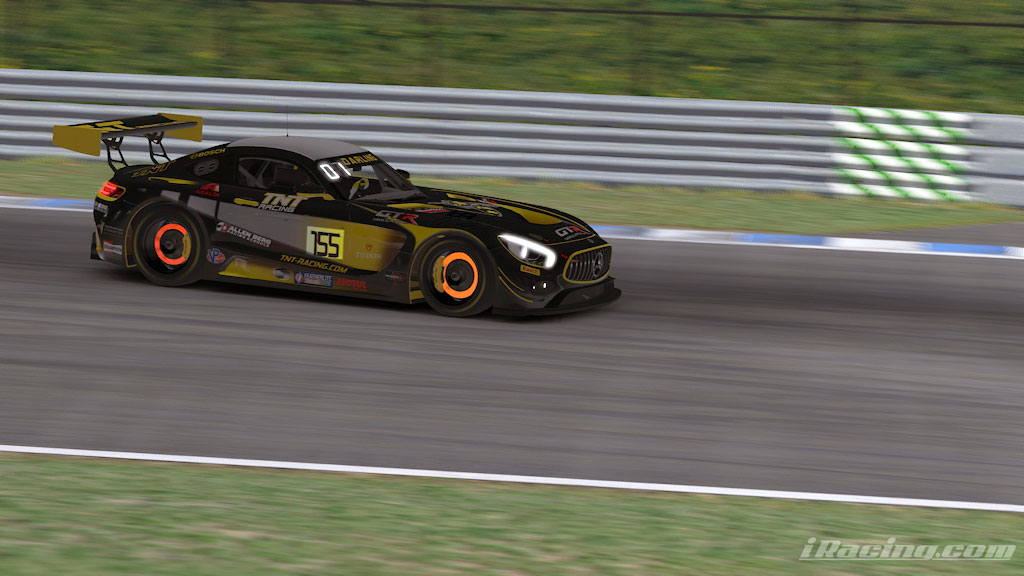