July 30, 2019 – The CMS-TXL GT3 Sports Car Series went South of the Equator for Race 4 on the schedule, visiting the historic Autódromo José Carlos Pace, also known as Interlagos. A tight circuit with several elevation changes intermixed with long, fast straightaways, this circuit provides several opportunities for both gaining and losing positions each lap. This 75-minute event started with 35 cars on the grid, but it wouldn’t take long before attrition would rear it’s ugly head. 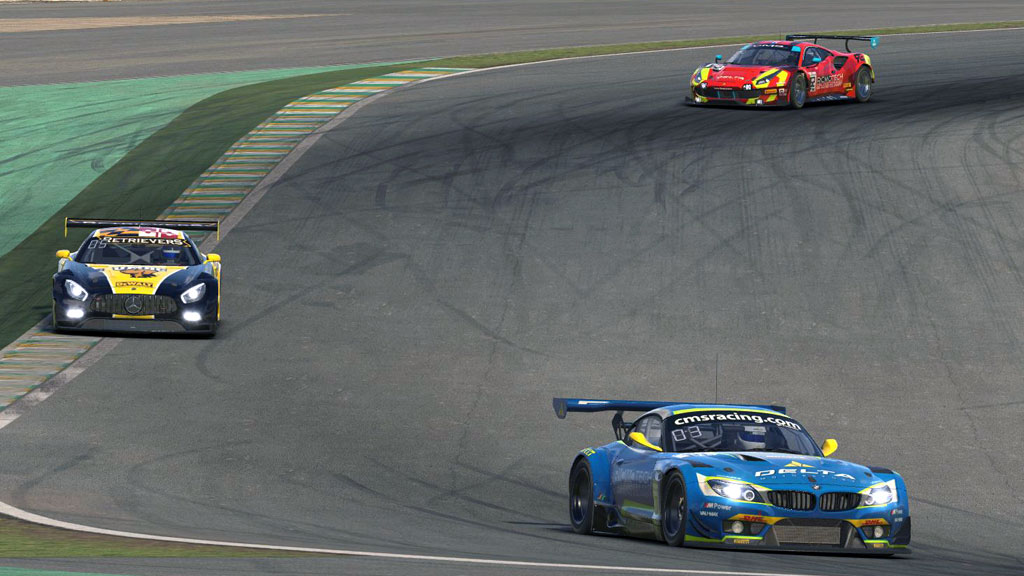 Paul Darling qualified on the overall pole, with Samuel Scott taking the top starting spot for the AM Class, and Christopher Rines taking the point for the Silver Class.

The start of the race found several cars tangled up before the exit of Turn 3, resulting in numerous pits for repairs and a few retirements. But up front, Humberto Roca would find his way through the crowd and take off to a commanding lead. In the AM Class, Scott would also fare well at the start moving up to 2nd overall by the end of the first lap, and led the class until Lap 15 when an off track excursion would leave him damaged and retire from the race. Miguel Antonio Alcrudo took advantage of the moment and took the lead in the AM Class, keeping an eye on several challengers the rest of the night. In the Silver Class, Rines would also snake through the carnage on the first lap and hold on to the Silver Class lead spot.

After 49 grueling laps, the Pro Class and overall win went to Humberto Roca, with Victor Tanaka in 2nd and Paul Darling in 3rd.

The AM Class victory went to Miguel Antonio Alcrudo, with Jay Steffey working his way through the field to 2nd place in class, and Lowesky D’Oleo finishing in third despite a collision and off track mid-way through the race.

At the end of the night, 35 cars took the grid and 75 minutes later 24 took the checkers. It was a tough night all around, and as the series heads back to North America for the next race at Barber Motorsport Park, it’s apparent that the level of competition continues to rise, and it’s anybody’s race to win!