November 9, 2020 – It was a very challenging second round of multi-class ACC racing at Misano World Circuit with heavy rain conditions during the race weekend. Teams contended with poor visibility and a very wet track while the rain showed no signs of relief. Both races splits saw plenty of drama and action especially during race start in sector 1 Variante Del Parco turns 2 and 3.

Hamza Gulza displayed a commanding performance at Misano in his #14 Bentley Continental GT3 winning sprints race 1 and 2 as well as securing pole positions in each race. He also achieved the fastest lap of race 2 with a lap time of 1:45.786.

Josh Staffin fell out of contention for race 2 after failing to set a qualifying lap time in the pole shootout.

In the GT4 class, Michael Kundakcioglu #56 AMR Vantage GT4 had a masterclass performance in the extremely wet conditions winning both GT4 sprint races. He also took the fastest laps for both races with lap times of 1:53.517 in race 1 and 1:53.139 in race 2.

Scott Newell #18 Lexus RC F GT3 dominated both sprint races. He started in pole position and maintained P1 for the wins despite the challenging conditions. Scott also took the fastest lap of both races with lap times of 1:49.704 in race 1 and 1:50.148 in race 2.

Champion Motorsports Multi-Class heads to Laguna Seca, CA for round 3 on 16 November 2020. It will be an endurance format with 65 minutes of non-stop racing. Stay tuned for the next race recap on CMS! 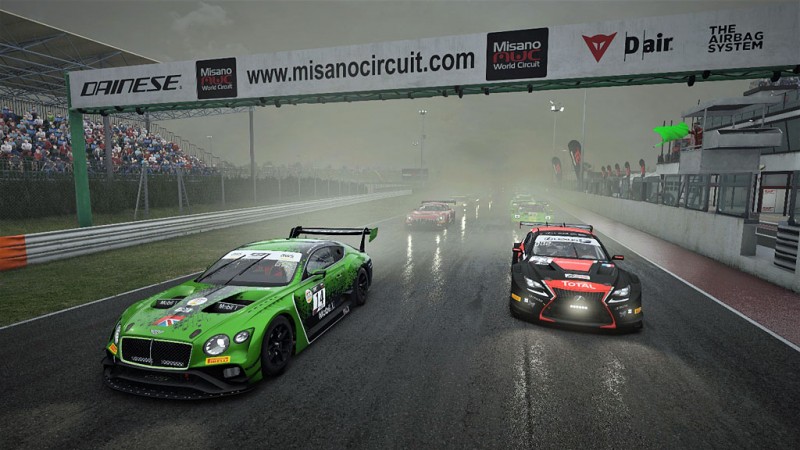