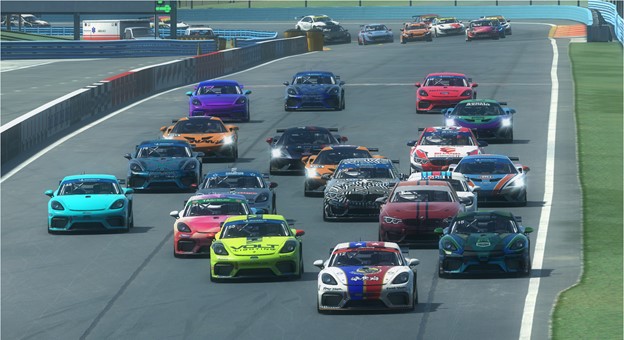 The GT4 field takes the green flag to start the season!

February 9th, 2022 – Champion Motorsports’ Wednesday Night iRacing Series got underway this week with the 2022 Touring/GT4 Series by hitting the oft familiar Watkins Glen Boot circuit. The semi parking and garages began to overflow in the early hours of the day, and by the time qualifying began a total of 46 cars, 25 Touring and 21 GT4s, were ready to hit the grid for the one-hour race ahead!

In the GT4 Class it was Nathan Sullano taking the pole position by two/tenths of a second over Marc Johnson. Behind them the next 9 car qualified within one second of the pole making for a tight field to kick off the season! 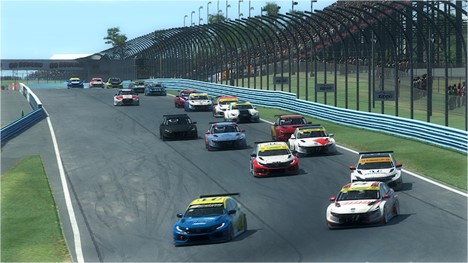 The Touring Class pole position was won by Michael Parker edging out Trenton Jump, and behind them a large pack of cars just waiting to work their way to the front.

With a field this large it’s almost a given that the big one would happen on the opening lap, but far from it as respect was shown and nearly everyone made it through that first lap without incident leading to some of the best racing on Wednesday night that CMS has seen in some time!

As the race ran on, the air and track got hotter and it came down to learning to adapt to the changing conditions as well as keeping your tires happy.  By the checkered flag, only 10 of the 46 starters had retired, and the class battles were close! 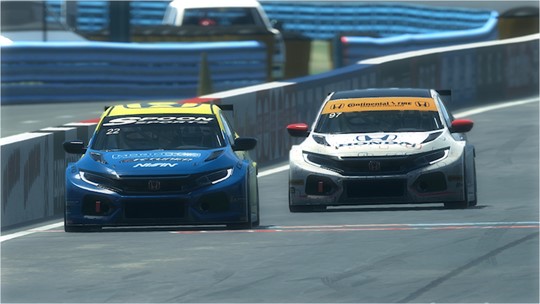 In the Touring Class, it was Michael Parker who came home in first, followed by CMS veteran JT Tami in second place and another long-time member Kris Hudson in third!! This field had battles throughout the night, and the season ahead should be more of the same!!

For the GT4 Class and overall race, newcomer to CMS Guy Edwards took the win by only 3.5 seconds over pole-sitter Nathan Sullano, and not far behind them Marc Johnson took the final step on the podium!! 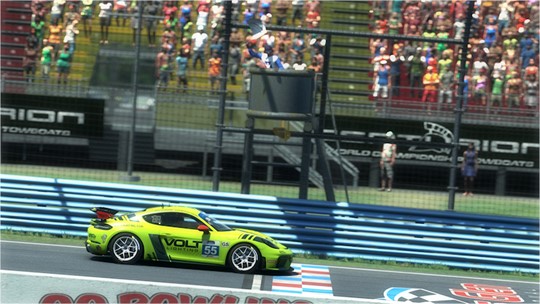 Congratulations to our podium finishers, and thank you again for such a great turn out!  There’s room for more if you have friends who want to jump in!!  It’s never too late!!!

Our next league race is scheduled for February 23, 2022 when we will head North of the border to Canadian Tire Motorsports Park for our first 75-minute race of the regular season!