December 19th, 2020 – A hard days work, but worth it in the end as the Champion Motorsports iRacing Pro team overcame some serious adversity to earn a top five finish in Round 2 of the iRacing Majors Series Endurance Team Championship.  Coming off tremendous finishes in Round 1 at Imola the team was bullish and looking to build upon two podiums the first race with a repeat performance at the second one.

Unfortunately things turned hard on the team early in the race as not one but both cars would sustain serious damage from over aggressive moves from the Prototype Cars making passes in the very large field.  Chris Taylor behind the wheel of car two would have a heart breaking accident while leading the GT4 field which would cause major repair and drop the team out of contention of the remainder of the day.  However, showing tremendous heart and resolve the team two crew held on and were able to get back on the track running with Taylor, Chris Chmelir, and Evan Wood all turning laps and wrenches to get the car to the finish line running.

Mike Tyler had a great qualifying effort for team one and was also looking strong before an early accident would put his car in the pits for 15 minutes of repair.  Mike, the steady hand that he is took some deep breaths, pulled the belts tight and got back out there for us to start crawling back from a race low to as high as we could.  We found with the way the race was playing out that things would look better if we continued to hit our marks and stay clean.  Mike would turn the car over to David Anderson who drove an amazing incident free stint to put us in contention for the podium.  Jordan Johnson would then take over at the finish for team one and as the checkers came out with the sun down in Australia we would be back in 4th position overall.  A very solid battle back from the bottom and a result from both teams we can feel good about. 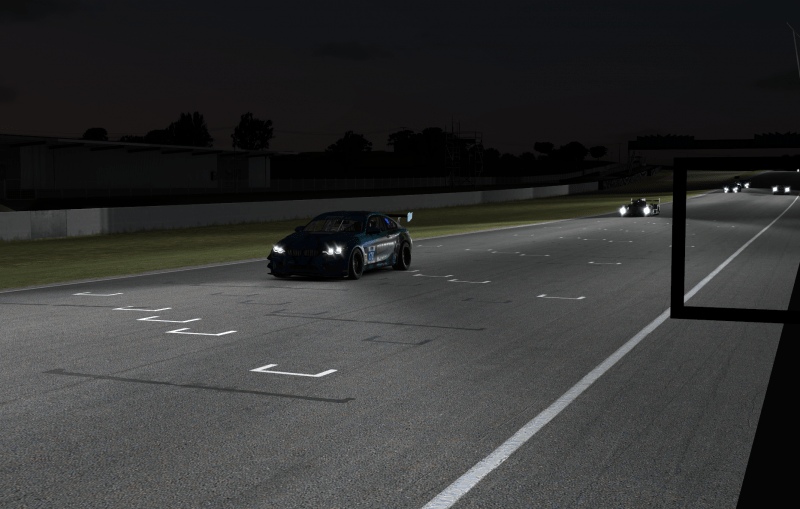 Jordan Johnson takes the Checkers for Team One at Phillip Island

We are expecting once final results are published for team one to be inside the top 3 for points and we look forward to going at it again in Round 3 at Road Atlanta on January 30th!  Never quit, always right!  Cya on the track!