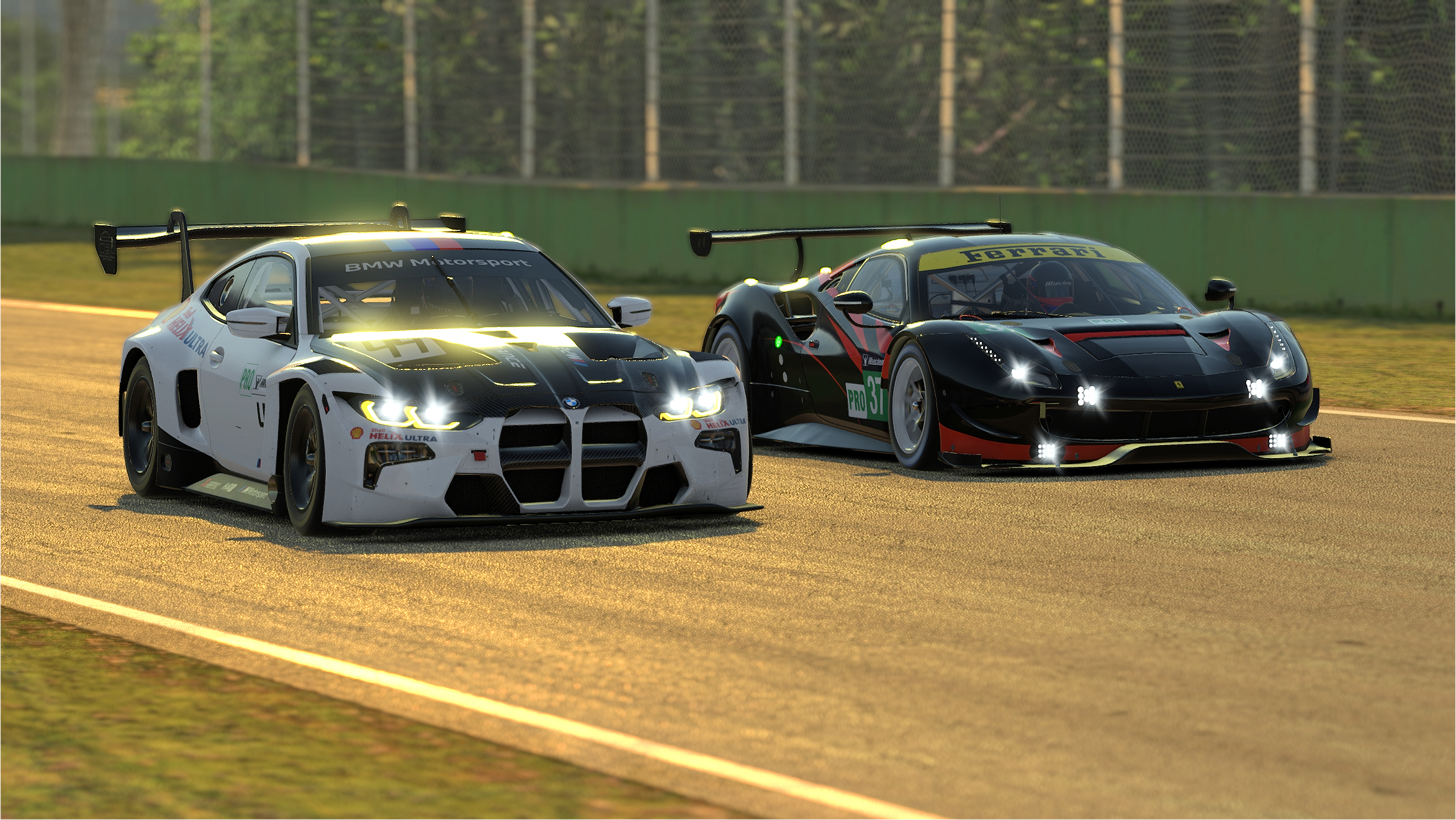 January 24, 2021 – With two months off between seasons, the atmosphere was electric as the new season of sportscar racing took the green flag, kicking off a six-race season of multi-class racing! In what has been a staple at Champion Motorsports with their Wednesday night iRacing series, this season saw a change with the GTE class cars on track with GT3 class cars, where patience and cooperation were key to a good night of racing for all.

In the 2 lap solo qualifying session, Tyler Campbell would take the pole position in the GT3 class over second-place Marc Johnson, with last year’s GT4 champion Kurt Polter close behind. This class would be competitive, and it was apparent with the top 5 qualifiers within a quarter of a second of each other!

The GTE class pole was easily won by Justin Hess, last season’s GTE class champion, with a lap of 1:38.173 which was nearly 0.8 seconds faster than second-place qualifier Brett Stephens. With 20 cars taking the grid, a great qualifying lap would prove to be very important.

As the field of 31 cars crossed the line taking the green, Hess would begin to slowly march away as Stephens worked on holding second place. There were a few first-lap incidents relegating many to the rear of the field and working hard to recover ground, all the while the front four would hold their positions for most of the race.

The battle for 5th place between Larry Ford and Steve Boyer eventually gave way to a charging Jason Lundy who would work his way from the back, winning the hard charger award for the night.

Late in the race while running in second place, Brett Stephens would get caught up in an accident out of the hairpin, but he would continue till the finish taking third place with a very ill-handling car.

With Stephens’s misfortune, and being close enough to take advantage of it, Kris Hudson would go from a fourth-place start to finish in second. When the checkers fell on Justin Hess, he would not only take the win and the season points lead but also make a statement with his nearly 47-second gap back to second place!

Out of the 20 GTE class cars that took the green, 17 were still on track at the end.

The GT3 class would see quite the battle for the lead early, with third place started Polter move up to the class lead by the end of Lap 2.

The battle behind was intense with Tyler Campbell and C Michael Parker in second and third places respectively until Lap 15 when Campbell would drop out of the top 3, and move Parker into second. Behind them, Marc Johnson would recover from early trouble and move into third in class, with Nick McLaughlin not far behind.

Tyler Campbell would continue to climb back up the order along with Paul Hamilton and Douglas Ritter, but the gap from those three up to the front four was more than they could overcome in the time remaining on the clock, and at the end, Marc Johnson would finish in third place in class, with C Michael Parker in second place after starting fifth.

Upfront, it would be yet another win for Kurt Polter who takes the early points championship lead in the GT3 class.

The next race for this series will be on March 10th at Weathertech Raceway Laguna Sega, in what should be a very tricky place for passing in and between classes!