Let it be known the date was the 14th of November. A new dawn had formed and a new series, the MTEC series from iRacing Majors Series. Both CMS teams waited for the right conditions and put both cars on the front row. As the green flag flew at Imola it was apparent within minutes that patience and awareness would be a key to surviving. CMS team 2 jumped out with the lead as Chris Chmelir consistently put in fast times and built a steady 8 to 10-second lead. The momentum would shift however when a caution came out a few laps before the scheduled pitstop and driver change. Team 2 decided to pit under caution as p2 in class stayed out. 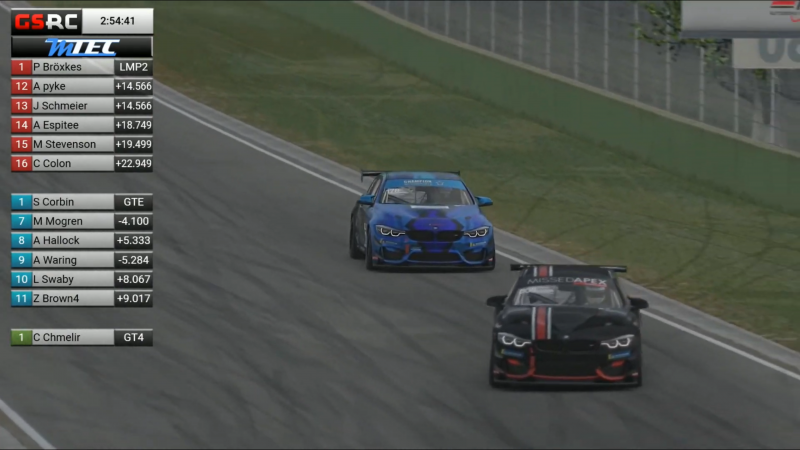 CMS Team  Overtaking at Imola in Round 1 of MTEC Series

Unfortunately, this was the turning point for Team 2. As driver swap and pitstop were complete Evan Wood realized he had issues with his sound and had to drive using his rpm gauge. Once the green flag flew Team 2 went back to the lead once the pitstop cycle was complete. It was looking promising even with Evans’s troubles. The team was planning for a splash in go or saving more fuel if another caution occurred. DANGER! Turn 8 a lapped down Gt4 clipped the grass and spun across the track collecting CMS Team 2. As Evan limped the car to the pits there were over 4 minutes of repairs and the goal now was to secure a podium. By the time repairs were done Evan had resolved his sound issues and methodically worked his way to p3 to secure a double podium for Team Champion Motorsports.

Getting to that double podium was a day-long effort for Team 1, as Brett Stephens started from P2, but was taken off track early by an overly ambitious Prototype 2 car. This dropped the team to 5th place, where they then began the methodical march back upwards to the front. Another minor setback for the team would happen during the first full course yellow as the pits turned to closed status as Brett was coming in to give the car to Jordan Johnson. So a stop and go for 50 seconds had our work cut out for us. 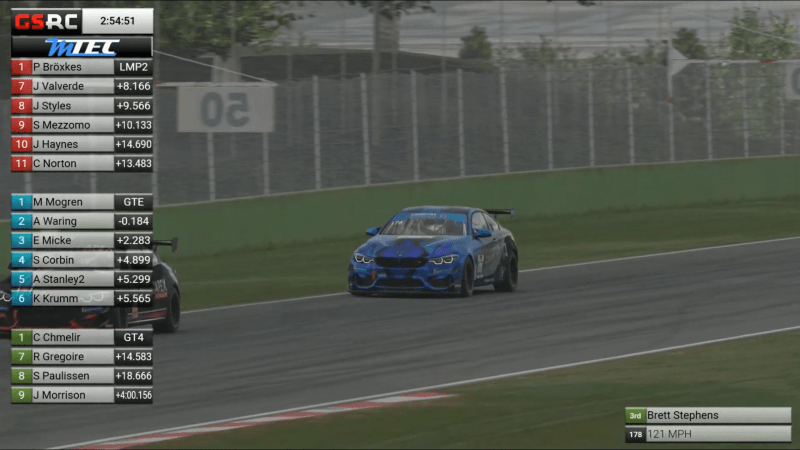 Jordan however would take over and began turning some of our fastest and most consistent laps of the race amongst both teams. With a bit of effort and luck both on our side he found himself in a solid P2 by race end, a nice recovery, and comeback for the team.

Round 2 is next at Phillip Island. Stay tuned! We expect to likely see drivers David Anderson, Mike Tyler, Brian Blanchette, and Chris Taylor get opportunities on the track as well for this next race and we could not be more excited and optimistic about our potential in this MTEC series with our CMS Pro Team!