November 11th, 2020 – Champion Motorsports is excited to announce our entry into the inaugural iRacing Majors Endurance Team Championship beginning this weekend at Imola in the first of a five round/month Championship series featuring some of the best simracers in the world.  The Majors Series will feature three classes of road racing on iconic road courses, featuring Prototype 2, GTE, and GT4 cars.

Our team will enter two cars and a total of eight drivers in the championship over the next 5 months. 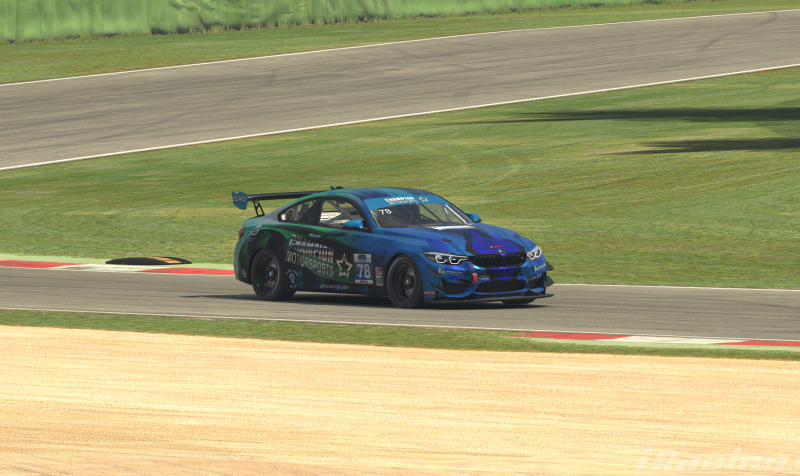 Team drivers have been busy preparing for the first race on November 14th at Imola.

Our entry for race one will see CMS Endurance Staple Brett Stephens along side Jordan Johnson in car one.  Brett, has been a fixture in our recent events over the last year and Jordan is a newcomer to CMS, but showing tons of potential and excitement.  Joining Brett and Jordan on the team for car one are David Anderson and Mike Tyler.  David and Mike are long time veterans of CMS and while they are not in the plans to drive in the first race they will be ready to go in subsequent rounds and support the team with experience, and hands.

In our second car Evan Wood and Christopher Chmelir will take the reigns.  Both drivers are relatively new to the CMS endurance team, but performed very well at Petit Lemans and have shown a lot of energy and the work it takes into being part of a successful endurance effort.  Alongside them will be Chris Taylor another newcomer to CMS along with Brian Blanchette who is now becoming a regular in our endurance efforts with several races and solid finishes under his belt.

We are very excited to have such a diverse team of experience, background and depth for this series.  CMS Team Principle David Anderson says “I could not be happier about our entry in this series.  The Majors is known to be world class on iRacing and to see CMS represented will be amazing.  We will be the newcomers on the block in the GT4 class, but I expect us to get out of the gates quickly and make our presence known.  Having such a deep team will allow us a lot of options for each race, and extra hands and eyes on our prep leading up to the events.  Everyone is excited to get after it and Saturday can’t come soon enough.”