Pro – Pros all hold station for the first 4 laps with John Paul Hidalgo hounding Bubba Jones for 2nd. Lap 5, Josh Staffin hit the anti-cut at the exit of the second chicane and dropped back towards the pack. On lap 6, Hidalgo clipped grass going into turn 2, falling behind Don Bélanger, followed by a spin entering the first chicane, losing another place to Keith Briscoe. Two laps later, Briscoe also spun in the first chicane, falling behind Hidalgo and Ricardo Navon (Silver). Briscoe then slid into turn 3 on lap 14, hitting the barriers and dropping further down the order, behind JT Tami (Silver) and Eric Andersen (Silver). Jones and Staffin came together in the second chicane, resulting in Jones spinning and losing a place to Bélanger. From there things finally settled down; a race full of a fair mix of fortunes. Staffin came home in 1st, with Bélanger taking 2nd and Jones rounding out the podium in 3rd.

Silver – The Silver class had an action-packed race, with multiple drivers having their challenge for the class win ended in a spin or collision with the barriers. Jon Uyan and Dave Hassar, the two drivers to lead their class into lap 1, suffered such spins at the exit of turn 10 on laps 13 and 17 respectively; these led Uyan to retire to 13th, and dropped Hassar to 12th overall. Jux Edgar, who was initially running with the pair at the start, spun off the kerb at turn 1 on lap 5, dropping from 2nd in class to 7th (12th overall at the time), and out of contention for the class win. With Miguel Valenzuela serving a Drive-Through Penalty and Dominic Guerin dropping back from an early mistake, the fight for 1st in class was left to JT Tami, Ricardo Navon, and Eric Andersen. Navon was leading the class after Uyan spun himself out of contention on lap 6, with Tami and Andersen following close behind. As the laps went on and the field entered the final quarter of the race, Andersen was falling back and Tami had finally closed the gap to Navon. On lap 19, Navon, having defended well to this point, left a gap on the inside of turn 2; Tami took the class lead. Navon, in a final bid to retake it, went for a late move down the inside into turn 12 on the final lap; Tami, not expecting it, turned in, and the pair collided. Navon spun to the infield with Tami carrying on, and ended up dropping behind Andersen. The final results were: Tami 1st in class and 5th overall, Andersen 2nd in class and 6th overall, with Navon taking 3rd in class and 7th overall.

AM – No AM drivers were present this round. 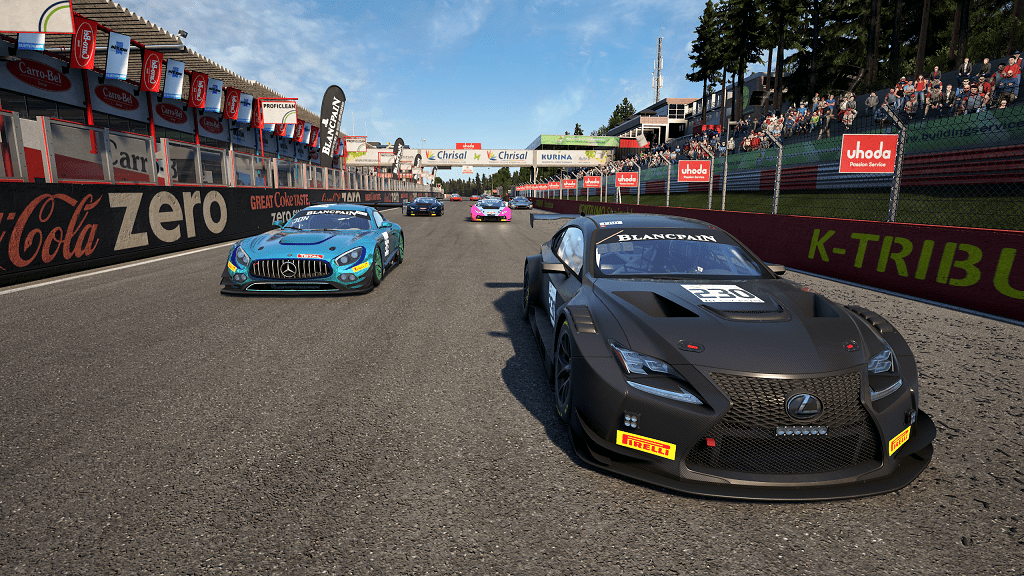