Pro – John Paul Hidalgo led from pole with Bubba Jones, Josh Staffin and Don Bélanger giving chase, as the rest of the field caught the curse of turn 1 at Monza. Things progressed steadily, with Hidalgo slowly opening up a gap as Staffin and Jones fought over second. Staffin then spun on lap 6 and went into the barriers, giving 3rd to Bélanger. With Bélanger dropping away from the lead pair, Hidalgo looked good for the victory until a spin on lap 12 cost him the lead and created over a 6 second gap to Jones who had inherited it. Jones proceeded to take victory, with Hidalgo 2nd and Bélanger finishing the podium.

Silver – The Silver drivers of JT Tami and Dave Hassar were stuck down in the midfield, where chaos unfolded around them. Tami led Hassar throughout the race, managing the gap well until a collision with an anti-cut kerb on lap 6 dropped him towards the back of the field, only to carry on after dropping 3 laps behind the leaders. Hassar was chasing down Andersen (AM) for 4th overall until a spin in Ascari saw him collide with the barriers. With the damage from the first impact, he had lost a significant amount of pace and dropped to 6th overall, where he ultimately finished. Hassar took the class victory, with Tami finishing 2nd in class, though neither had the race they would have wanted.

AM – The source of the chaos into T1 on lap 1, the AM class was initially led by Miguel Valenzuela, followed by Eric Andersen and Jorge Rivera. Andersen bounced across the sausage kerb in turn 2, catching the rear of Valenzuela causing him to spin across the front of the midfield. Ricardo Navon (Pro) escaped cleanly on the inside as the rest of the pack bunched up until Keith Briscoe (Pro) went for a gap between Andersen and Valenzuela, unfortunately pinging between both before spinning off into the barriers on the outside. Rivera tagged the rear of Valenzuela who moved across to avoid Briscoe, spinning him off to the inside and into the barriers as well. With all of this, the fight for the AM lead fell between Rivera and Andersen. Unfortunately Rivera had oversteer through Ascari that same lap, dropping down the order and giving Andersen the class lead, and eventually the class win. With Valenzuela dropping out, only Andersen and Rivera made the podium, in 1st and 2nd respectively. 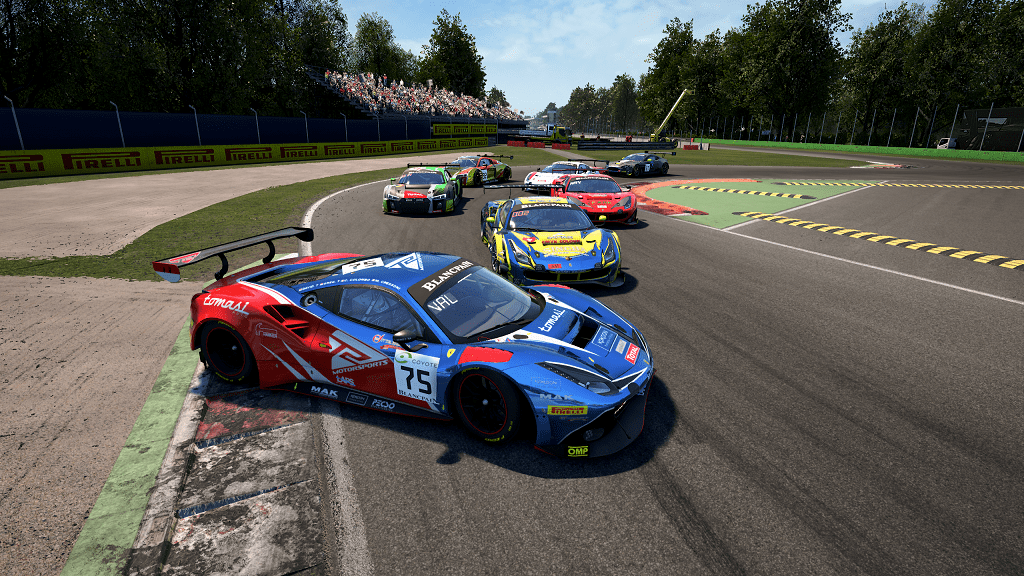