Pro – A poor start from John Paul Hidalgo and Bubba Jones dropped them well down the order at the start, with Josh Staffin and Don Bélanger getting away well. Staffin was 5 seconds clear of the field until a game crash dropped him out of contention, while Jones fought his way past Keith Briscoe and Bélanger to gain 2nd place. Hidalgo then had a spin into the barriers from the lead, dropping him to 2nd. The damage from the spin proved costly as Bélanger caught and passed him towards the end, making the final order on the podium Jones, Bélanger, Hidalgo.

Silver – Dave Hassar was the only silver driver present this race. Am early error dropped him down to the back of the field, where he caught and battled with Michael Mortensen (AM) for 8th overall. After clearing Mortensen he proceeded to catch Migeul Valenzuela (AM) and Eric Andersen (AM) battling, but a mistake into T1 cost him a chance of moving further up the order. Eventually he came home in 6th overall due to Keith Briscoe (Pro) and Valenzuela (AM) running out of fuel. 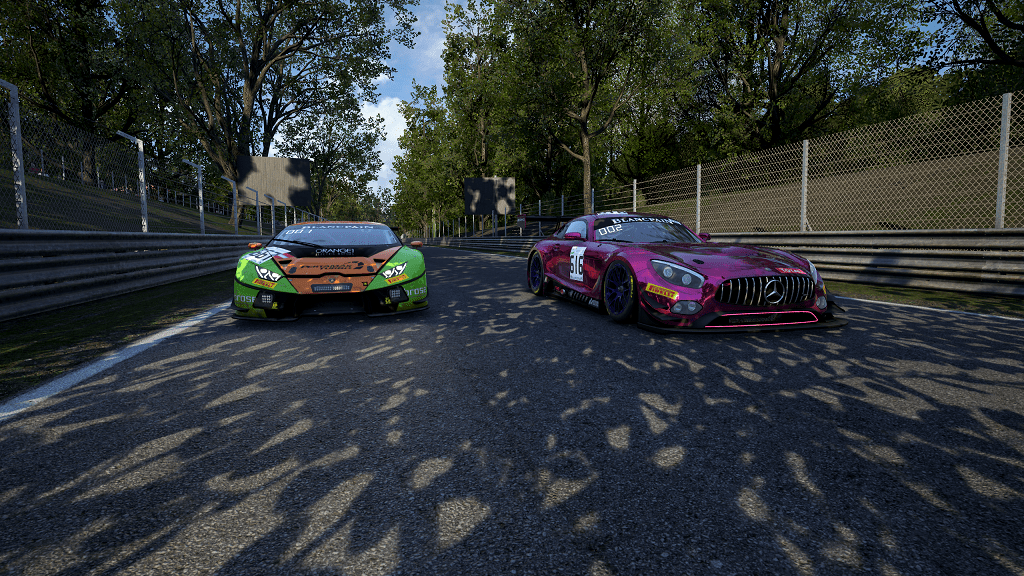