Pro – Race 2 had chaos at the start, with Bubba Jones rushing on the formation lap to regain his proper starting position after a disconnect between races. As the lights went green, a poor start from Jones and Josh Staffin saw them fall away from John Paul Hidalgo in the lead, with Keith Briscoe taking full advantage by moving down the inside of the pair into turn 1 into 2nd place. Unfortunately it wouldn’t last, with Staffin diving into turn 1 from a fair distance, leaving Briscoe to defend from Jones as Staffin focused on chasing down Hidalgo. Staffin and Hidalgo were matched for pace, but a spin in turn 8 saw Hidalgo firmly in the barriers, allowing Staffin to draw up alongside him before completing the move into turn 11. Hidalgo’s damage saw his pace drop significantly, being caught and passed swiftly by Briscoe and Jones within the next few laps. Briscoe held Jones at bay until a mistake into turn 5 saw Briscoe run wide and gift Jones 2nd place. From there, Briscoe was unable to close up the gap to Jones to make a move, remaining in 3rd for the rest of the race. Don Bélanger was driving another solid race in 5th, before moving up to 4th as Hidalgo struggled with damage and was given a DT penalty for exceeding track limits; this unfortunately wouldn’t last, as a mysterious snap at the rear sent Bélanger into the barriers into turn 2, taking significant damage and resulting in a pace deficit that dropped him to 6th. With the battling from 2nd down, no one was able to chase down Staffin in 1st. Jones followed to take 2nd, just ahead of Briscoe in 3rd.

Silver – JT Tami and Miguel Valenzuela led their class into turn 1, with Dominic Guerin and Eric Andersern a couple of seconds further back. Tami capitalized on a mistake from Valenzuela on lap 4, moving down the inside at turn 11 to take 6th overall. A slide out of turn 4 put Guerin into the wall, taking damage and falling back towards Andersen. Andsersen was kept behind until a spin out of the final corner sent Guerin into the barriers again, at which point he pitted for repairs. Guerins race would come to an end on lap 10 after fighting a broken car, ending up in the wall on the outside of turn 10. Tami and Valenzuela also came together going into turn 5, with Valenzuela stalling while trying to recover the car; Tami continued on without losing a position, but Valenzuela dropped behind Andersen. Tami came out on top being 1st in class and 5th overall after a spin from Bélanger, with Andersen 2nd in class and Valenzuela coming home 3rd.

AM – Michael Mortensen would again fly the flag for the AM class, having a quiet but solid performance. While not quite able to maintain pace with the Silver or Pro class drivers, Mortensenwas able to capitalize on Dominic Guerins (Silver) damage and pass going into turn 12 for 9th overall. Only a spin across the marbles on the outside of turn 11 put a damper on what was otherwise a perfectly clean drive to the finish. 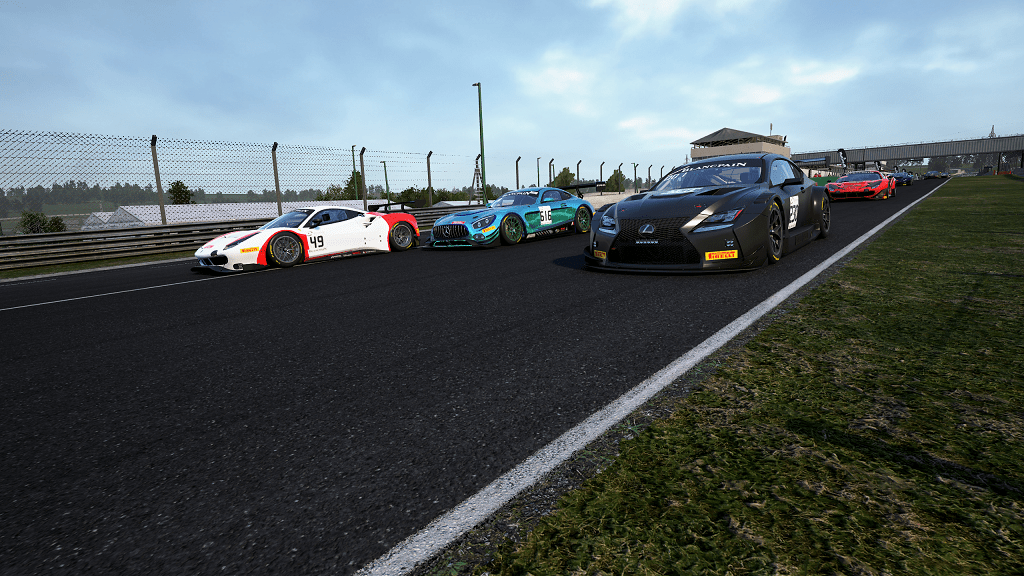