The reports below will be written with these changes included.

Pro – Josh Staffin and Bubba Jones showed their dominance around Hungaroring, starting cleanly from the front and keeping out of trouble. Their race became a war of attrition, with the gap between the pair never extending beyond 2 seconds. John Paul Hidalgo and Keith Briscoe had penalties to serve at the start, dropping to back at the end of lap 1 and out of contention for the lead. With Briscoe pitting and the top two pulling away, Don Bélanger secured a lonely race in 3rd. Briscoe, after serving his Stop&Go (0s), charged back through the field to make his way up to 4th, only running out of time to catch Bélanger in 3rd. Hidalgo, with a more severe Stop&Go (10s), fell far behind the rest of the field, only getting back into the mix halfway through the race. He charged up to the rear of JT Tami (Silver) in 5th, but failed a last-lap attempt to overtake, dropping him to 7th behind Eric Andersen (Silver). With the front three untroubled by the rest of the pack, Staffin came home in 1st, with Jones a very close 2nd and Bélanger finishing 3rd.

Silver – Miguel Valenzuela got off to a slow start, dropping him behind JT Tami, Eric Andersen and Jon Uyan, with Dominic Guerin following close behind. An overcorrection from a slide sent Valenzuela into the runoff towards the end of lap 2, but luckily avoided the barriers. With Uyan and Guerin each having their own spins and suffering from damage, Valenzuela was able to recover to 8th overall. Leading the class, Tami, Andersen and Uyan were closely matched, until three separate spins at turn 11 from Uyan saw his race fall apart, taking substantial damage, dropping him to the back and eventually retiring. Guerin joined Uyan in the pitlane at the end, due to underfueling the car at the start. With Andersen unable to match Tami in the second half of the race, Tami took 1st in class, with Andersen 2nd and Valenzuela 3rd.

AM – Mortensen was the only AM driver present in this event, and as such could focus on moving up in the Overall Championship standings. With Briscoe (Pro) and Hidalgo (Pro) taking their penalties as well as a spin from Valenzuela (Silver), Mortensen initially moved up to 8th overall. However, with a significant pace difference between against the rest of the field, Mortensen was careful to allow the faster cars back through as to not interrupt their race or risk a collision. With a consistent but lonely drive, along with Uyan (Pro) and Guerin (Silver) retiring, Mortensen came home 9th overall. 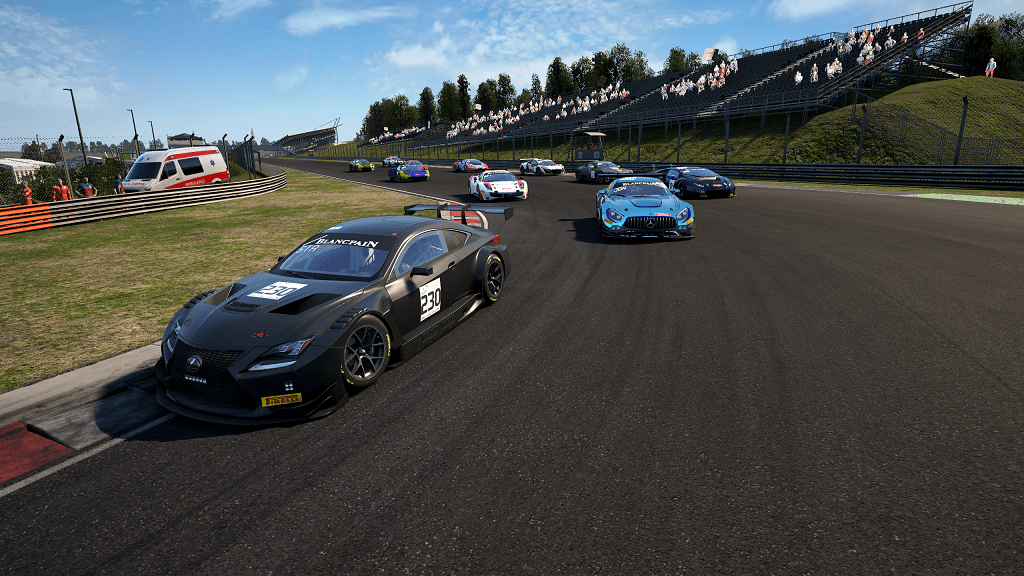