September 23, 2019 – Race 1 was marked by the dominance of John Paul Hidalgo, outpacing the field with no incidents to speak of. Jon Uyan drove well, taking 2nd overall, with Josh Staffin recovering from a poor start to finish 3rd.

Dave Hassar snatched a victory in Silver class with Ian Jacobs spinning twice and ending up second in class, while JT made an excellent start to take 3 positions within the first two corners, finishing 3rd in class.

In the AM class, Eric Andersen punched well above his weight, mixing in with the Silver drivers and scoring well in the overall championship, as well as taking 1st in class. Michael Mortensen kept everything clean, and was well rewarded with 2nd in class. Jorge Rivera came home 3rd in class, after a spin early on forced him into a recovery drive. 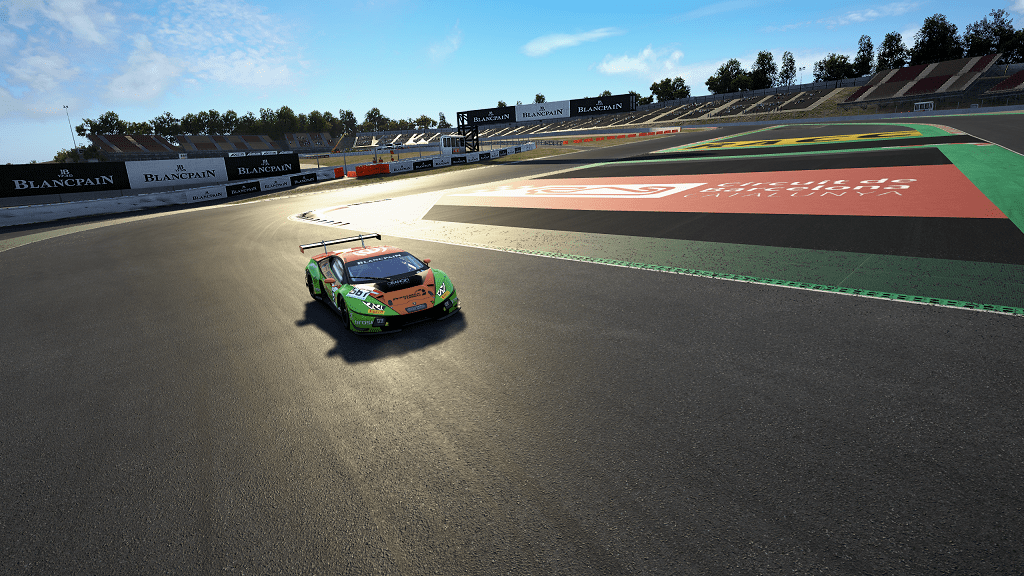